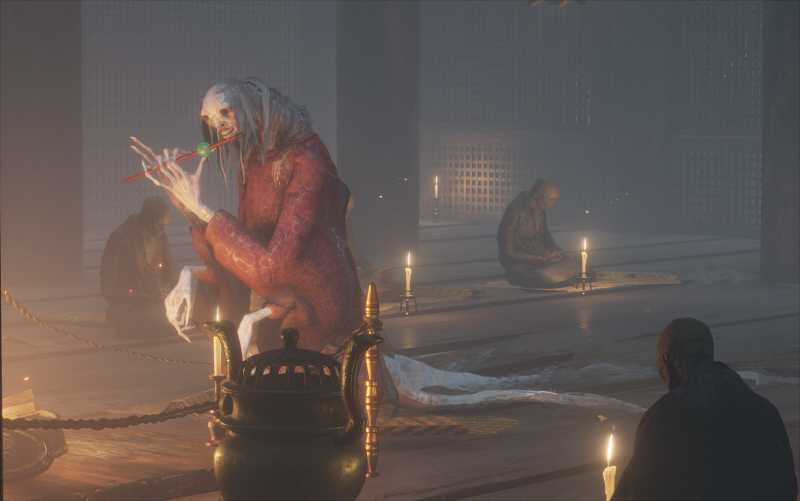 I gotta be honest; after Dark Souls and Bloodborne from the same creative team, I can't say I'm nearly as interested in their new samurai-themed offering, which focuses on more conventional human and animal enemies. It does at least have a few more striking creature designs however, and the Mist Nobles might be the most intriguing in the game; an eerie, alien looking being with four arms, an elongated neck, a corpselike face that also brings to my mind a fish, and a fuzzy, four-pronged tail that kind of reminds me of certain male moth appendages. 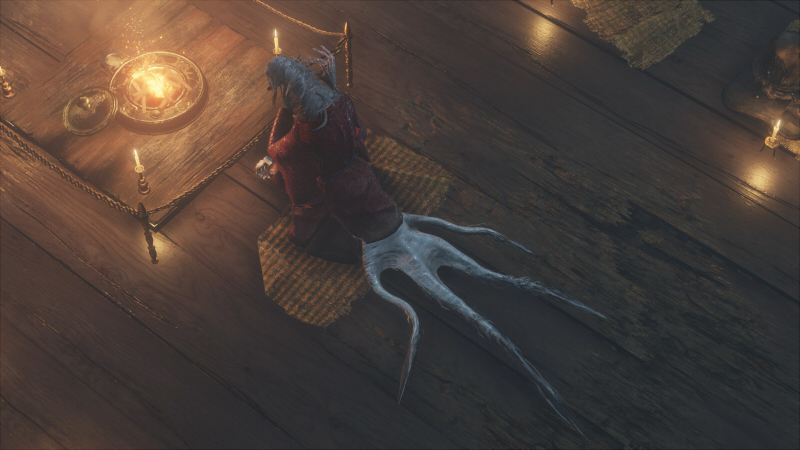 The really fascinating thing about this monster, however, is that it's set up in every way like it's a boss battle, but it's one that you virtually can't even lose. The noble is minding its own business, doing whatever it's doing at a private little shrine, becomes hostile only when attacked and can barely do anything to properly defend itself. It's so weak and helpless that there seems to be no purpose to the fight at all, except perhaps to lure the player into doing something morally ambiguous. You're used to having reason to kill monsters, after all, especially when the boss music starts up and you see that big, giant health bar...but this poor guy never seemingly meant you any harm at all. 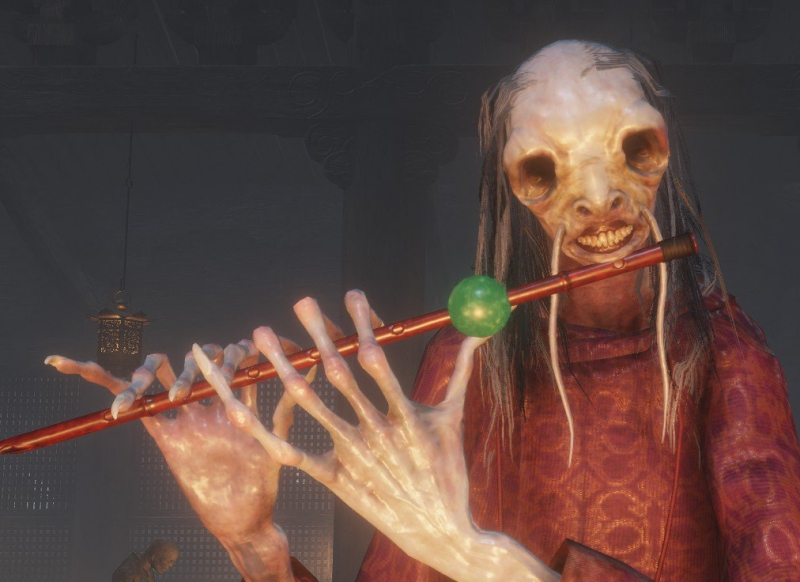 The creator of Sekiro has said that the game has no connection to either the Dark Souls or Bloodborne universe, but that hasn't stopped players from wildly speculating how the Mist Noble might fit in with any number of Bloodborne's cosmic entities. All I know is, I'm a big fan of monsters who exist to add only lore and atmosphere to a game, and I'm also a big fan of this thing's hauntingly unsettling face. Shallow pits for eyes, without any eyeballs in them?! Heck yeah! Easily in my top five or six favorite kinds of monster eyes!