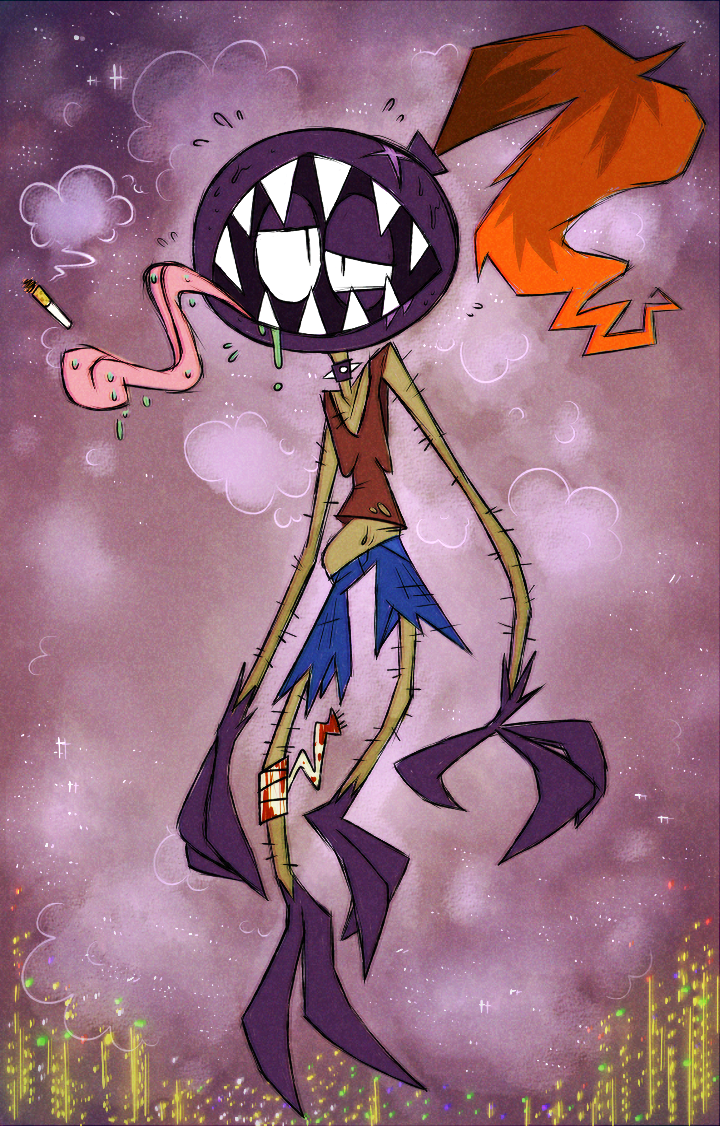 Dicey is an original character by the requester of today's review, and that's probably because I already said I thought she was a flawless design before I ever even said I was going to do review requests at all.

Dicey exists in the context of a digital reality, and used to be a "server moderator" before she became a detective, which is probably similar to being an ex-cop gone independent. This is all incidental to her being a biker girl who's also a bomb-headed monster, and pretty much every single element of her appeals to me in some way. Her huge cartoony eyes inside her chain-chomp style mouth, her big slimy tongue, her scuzzy ghoulish body and buglike hands are all just plain cool, but the most entertaining detail, and one that I can't believe I've never seen anywhere else, is how her ponytail makes a "burning fuse" on her bomb head. It's just good design!

She feels a lot like one of those characters that would have been one of the Odd Rods, the extended family of Rat Fink, but exactly the kind of character who would straight up eat cigarettes, which she does.