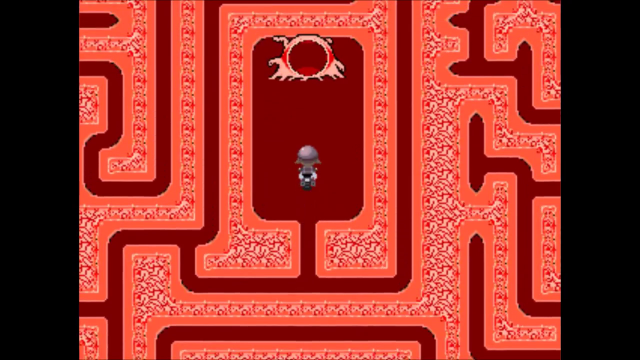 Yume 2kki is the "unofficial" sequel to the classic Yume Nikki, an independent RPG maker game famous for its bizarre, eerie imagery and focus on exploration rather than fighting or moving a story forward. I personally feel that its various sequels, spinoffs and remakes have never quite captured the unique tone of the original and tend to lean in a bit too hard on the horror angle, but that's not to say they're "bad." They're still all packed with some interesting, creative visuals, and among these are an area of 2kki referred to as "Flesh Paths," accessed through the gaping orifice in this wiggling lump of anatomy. 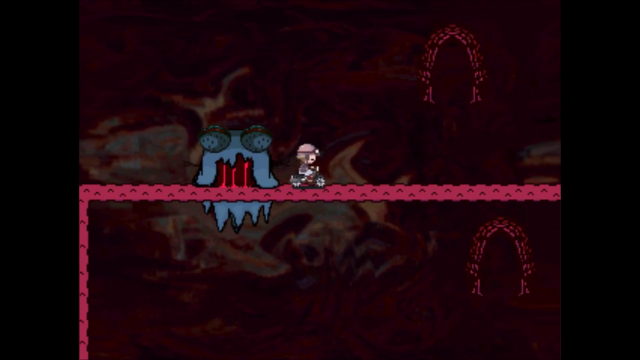 The flesh paths are lined with all manner of strange heads; some of them monstrous, some of them cute, all of them equally weird and unsettling. They also serve as doorways between one another. This one is probably my favorite, with the fly-like eyes. 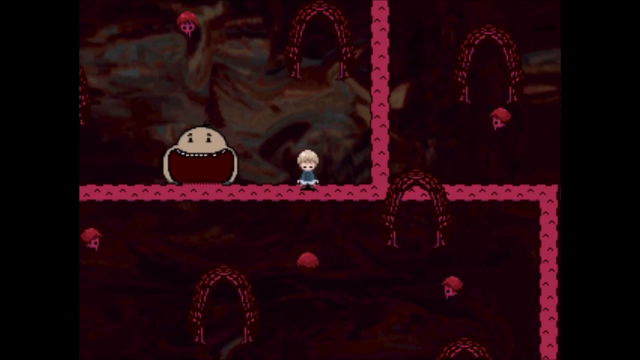 A part of this area is also haunted by floating, bleeding heads. More imagery that's a bit "over the top" for Yume Nikki, but I'll be honest, hovering disembodied heads are much creepier to me than they even should be. 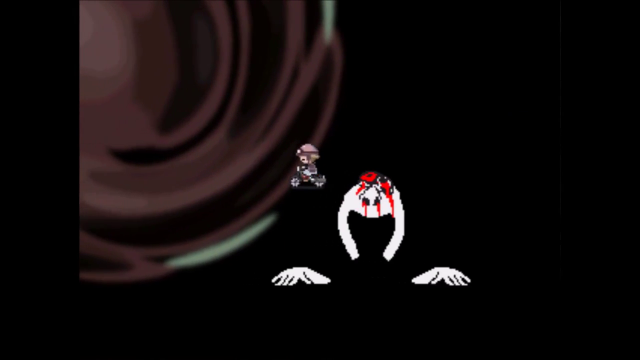 This bloody figure is especially disturbing, made much moreso by the fact that it would just seem "accidentally" creepy without the oozing blood; one of those things that might have passed as funny or cute in older material. 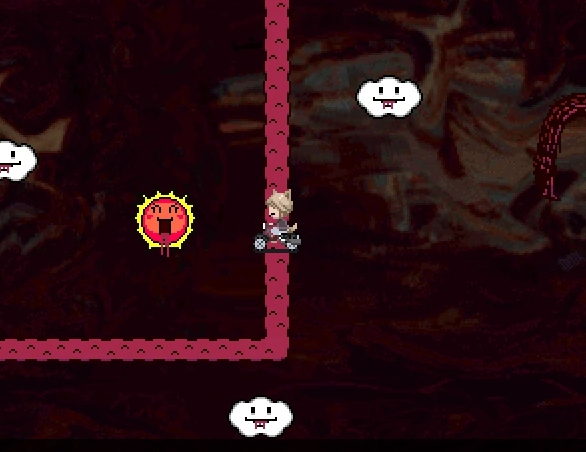 I sort of like the blood-drooling cartoon sun and clouds, too, though I think this might be even eerie if it was normal saliva. 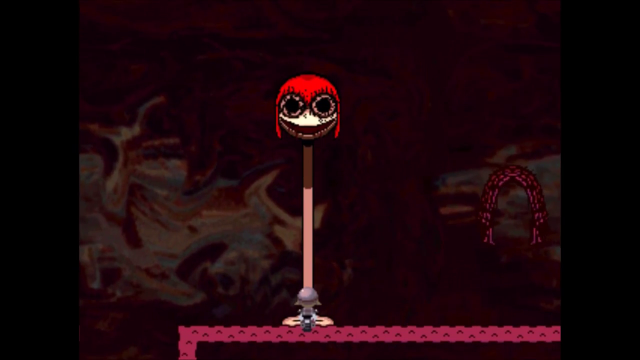 This long-necked being feels like the "star" of the whole area. Each time you visit it, that funky as heck face will be more cracked and more decrepit. I really like the black, empty eye holes surrounded by puckered, pink flesh and the wide, frog-like mouth. 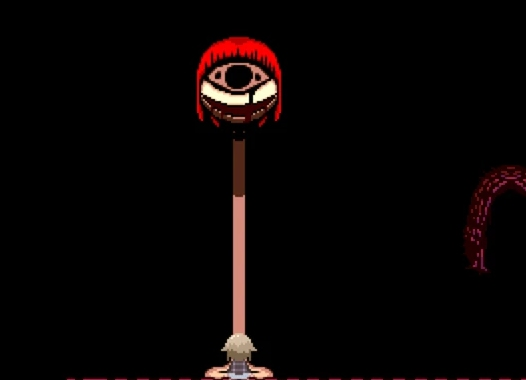 Visit the long-neck enough, and the face cracks away to reveal just a single pink-fleshed eye. Nice! Honestly, I think this particular being is fully worthy of the Yumme Nikki banner; I like her almost as much as good old, classic Uboa. There's a little bit more to the Flesh Paths, but we've seen my favorite stuff, and the rest might qualify as a bit of a "spoiler" should you decide to explore 2kki yourself!