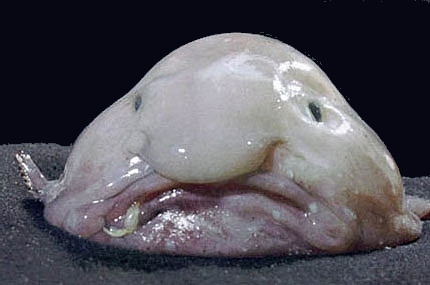 Featured on countless "freaky animal" blog posts, this comical puddle of flesh has become one of the most popular photographs of any deep-sea animal on the internet. It's only on land that this heavily damaged specimen looks so peculiar, however; like a jellyfish, the density of its body is less than that of water, holding a much more consistent shape in its natural environment: 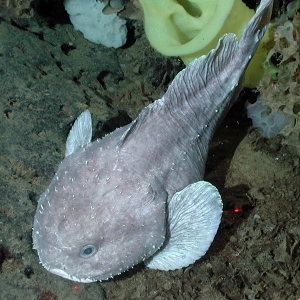 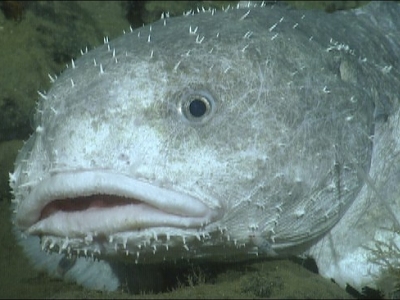 
Disappointing though it may be, the Psychrolutidae or "fatheads" look a lot less outlandish underwater, though certainly unusual for Scorpaeniformes, which also include the stonefish and the beautiful lionfish of brighter waters. Adapted to expend as little energy as possible, these blubbery bags drift lazily in place for hours, swallowing whatever food just happens to drift close enough. Unusually for abyss-dwellers, they have been observed carefully protecting their eggs and young in community nesting sites. 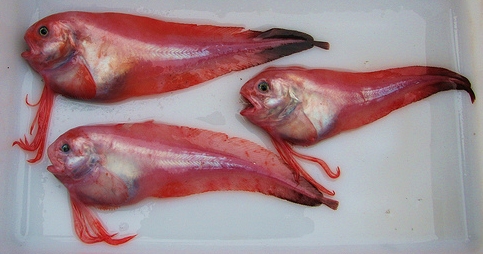 For a much weirder Scorpaeniform, look no further than the abyssal snailfish. Snailfish throughout the sea exhibit strange and seemingly degenerate behavior, even living in the bodies of scallops or other invertebrates, while in the deep ocean, certain species routinely lay their eggs in the gill chambers of giant spider crabs. As they cause no direct harm to the crustaceans, this relationship is not parasitic, and may even be mutualistic when the fish eat bits of refuse and parasites off the crab's body. 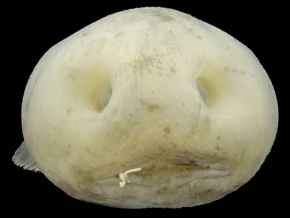