With butterfly photography for the benefit of the Sensitive

...Some days, it feels like they're lurking around every corner; jittering, knobbly beasts with spite and malice in their watery eyes, ready to slaughter every innocent, wandering little bug beneath their huge, hairy legs without remorse. I refer, of course, to arachnophobes. 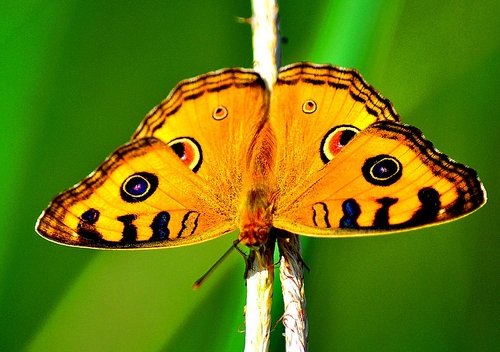 
Bring up the subject of spiders virtually anywhere, and a majority of reactions will be negative. Some people carry their aversion with humility or even embarrassment; they wish they weren't so terrified of something so frail and tiny, they know that spiders are a necessary part of the ecosystem and they might even find spiders fairly cool from a safe distance. On the other hand, you have the haters - the people whose fear fuels an engine of unrelenting resentment for all things Aranea. These are people who will argue to the death that their phobia is justified because everybody in their right mind knows that spiders are hell-spawned abominations, vile to the core, and deserve nothing more or less than complete and utter annihilation. 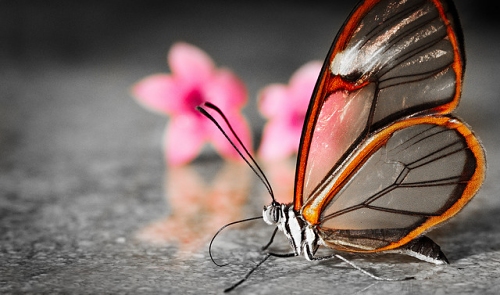 
Regrettably, both phobics and non-phobics alike have a tendency to presume that at least some dislike of spiders is "healthy" on some level, that it all just stems from a primordial fight-or-flight response to potentially venomous animals. Its very prevalence seems to imply that it's just a quirk of being human, and that nobody can be faulted for it. It is this widespread tolerance that only exacerbates the problem - like a virus nobody wants to cure, the acceptance of arachnophobia as a normal, understandable behavior only further facilitates its spread through our collective consciousness, and the number of infectees continues to grow the more we distance ourselves from the world outdoors. Commenters piss and moan if a picture of a spider makes it into a "cute" animal blog. Sensitive geeks edit spiders from their video games. Footage of a beloved pet on youtube will often generate thoughtlessly rude suggestions to splatter its innards if it just so happens to have eight legs. Over the course of centuries, we as a culture have all but encouraged the proliferation of one of the single dumbest fears in the human mind. 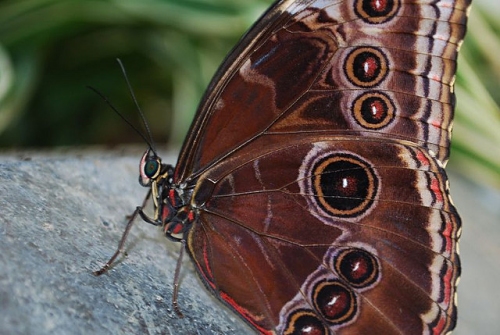 
It is highly unlikely that the truly phobic will benefit significantly from the facts to follow, but my hope is that at least a reader or two may come away from this with some tiny new granule of respect for our wall-crawling, web-slinging friends in the animal kingdom: 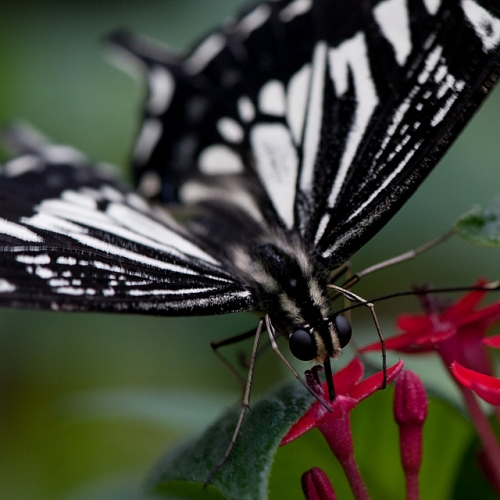 Fear is extremely contagious, and a negative response to spiders is most easily passed down to children through example. At a young enough age, children look to us grown-ups as pillars of bravery, whose very presence inexplicably wards away the nondescript horrors no doubt lurking in the dark. Now imagine what a child must think when a tiny, unassuming arthropod's very presence generates even a fleeting moment of panic or disgust from an older role model. In the blink of an eye, a child can be permanently instilled with a sense that spiders are worse than the flesh-eating ghouls in their imagination. In other cases, an innocent spider in the wrong place at the wrong time can startle an unsuspecting child with its sudden movement, and in still other cases, we pick up our fears from Hollywood, where spiders are predominantly cast in the role of monsters. 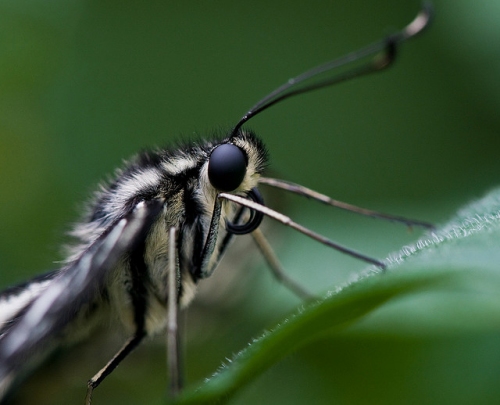 Animal-related phobias have been found to vary wildly by country, occurring most frequently in more developed communities where people are less likely to encounter wildlife on a daily basis. Consider for a moment how long your hunter-gatherer ancestors would have survived with a knee-jerk response to tiny arthropods while stalking a potential meal - or being stalked. Insects and arachnids are even a basic food staple to many cultures still living closer to nature, both highly nutritious and abundant. While some caution around spiders, wasps and snakes may be innate, there is no basis to believe that panic-inducing fear and revulsion towards spiders is a part of our normal, natural instinct. 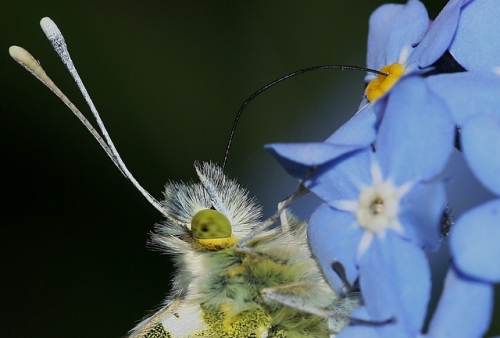 
3) Arachnophobia is not difficult to cure.

It is highly unlikely that anyone reading this fears spiders as obsessively as the woman in this video. Watch the first minute, then skip to the last for a jarring contrast. Even the worst cases ever recorded have proved treatable, and in the years since this particular case, we can now reliably cure arachnophobia in one afternoon, tops, with little more than education and gradiated exposure. Many of you could feasibly conquer the fear all on your own, and the biggest step to vanquishing fear is education. Every time you learn more about an animal - even through the safety of the internet - you're likely to find yourself at least a little less disturbed by it. 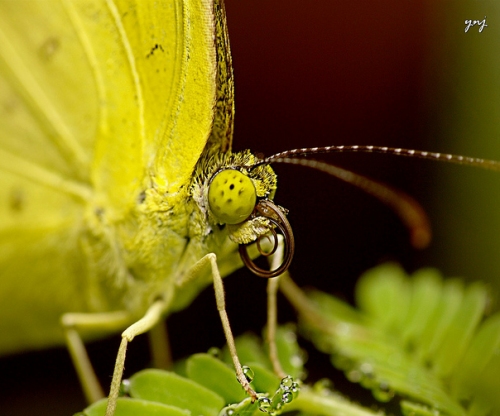 
4) No spider is as dangerous as you probably believe.

Even the bite of the infamously "deadly" black widow only seldom causes noticeable symptoms, with severe cramping and nausea in a few extreme cases. Death is generally only a possibility when the venom complicates an existing condition, such as heart disease, which has not occured in the United States for more than a decade. The Sydney Funnelweb, another notorious "killer," is restricted to Australia with no recorded fatalities since 1981, and brown recluse bites - as with spider bites in general - are notoriously over-diagnosed and exaggerated. Outside these easy to recognize species, a vast majority of common spiders have a venom that your body will either never notice or respond to with little more than minor itching. 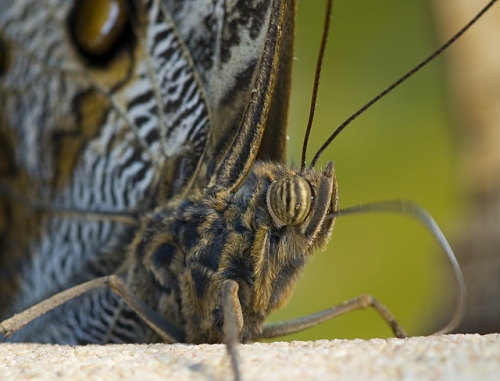 
5) They really, really don't want to hurt you.

Spiders know the difference between a tiny, edible insect and a gigantic moving object that can crush them with ease. Venom requires energy to produce, and wasting venom on anything but food can take a serious toll on a spider's health. A spider will generally always attempt to flee and hide before biting, and even those driven to bite will only sometimes inject any venom. In one experiment, black widow spiders were squeezed by artificial fingers for extended periods of time, but only 60% ever resorted to biting, and less than half in turn even injected any venom at all. When simply poked and prodded, only one of the 46 specimens tried to bite.

Every single time a human is bitten by a spider, it is almost definitely the human's doing. Spiders bite when forced, and still only when particularly desperate. Most often, bites occur on humans who have accidentally trapped the animals in clothing or bedding. 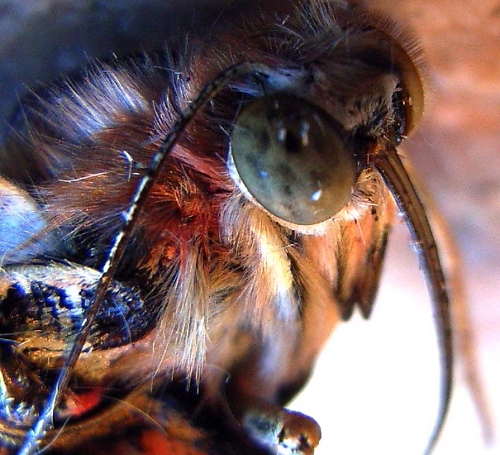 
6) Spiders are not savages.

Popular culture paints a picture of spiders as ruthlessly cannibalistic monsters, hungrily devouring their mates only for their mindless young to devour their own mother. In reality, cannibalism is indeed commonplace for a few arachnid species, but highly unusual for most - even the famous black widows seldom harm their mates in the wild, and though he is of no further purpose after fertilization, a male may safely share the female's web for some time before moving on. In some cases, cannibalism may be a necessary precaution, as not all males enter a female's web with good intentions. In still other situations, cannibalism is if anything a generous sacrifice; in the Australian redback spider, Latrodectus hasselti, males often present themselves as prey during copulation, guaranteeing their progeny adequate nourishment. 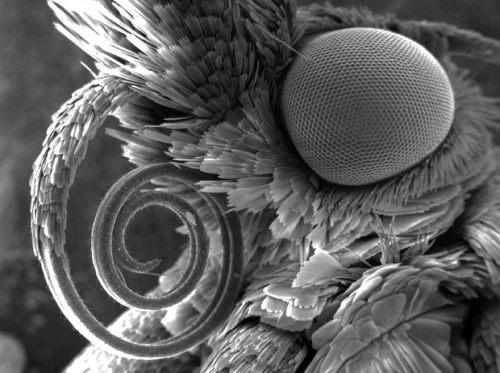 7) Spiders benefit us every day.

Predatory arachnids play a large role in balancing the populations of other arthropoda, including disease-carrying mosquitoes and other biting flies. As they normally pose no threat to humans but actively hunt potentially dangerous parasites, it is scientifically arguable that we can never have too many spiders in our lives. At least one species even prefers to prey upon the specific mosquito responsible for the spread of malaria, and would no doubt have a positive impact on human health were it only openly welcomed indoors.