>What's down the other fork?

You made a left at the end of the main hall to find "Rocky" and Fleagood's office, so you backtrack and try the right path... 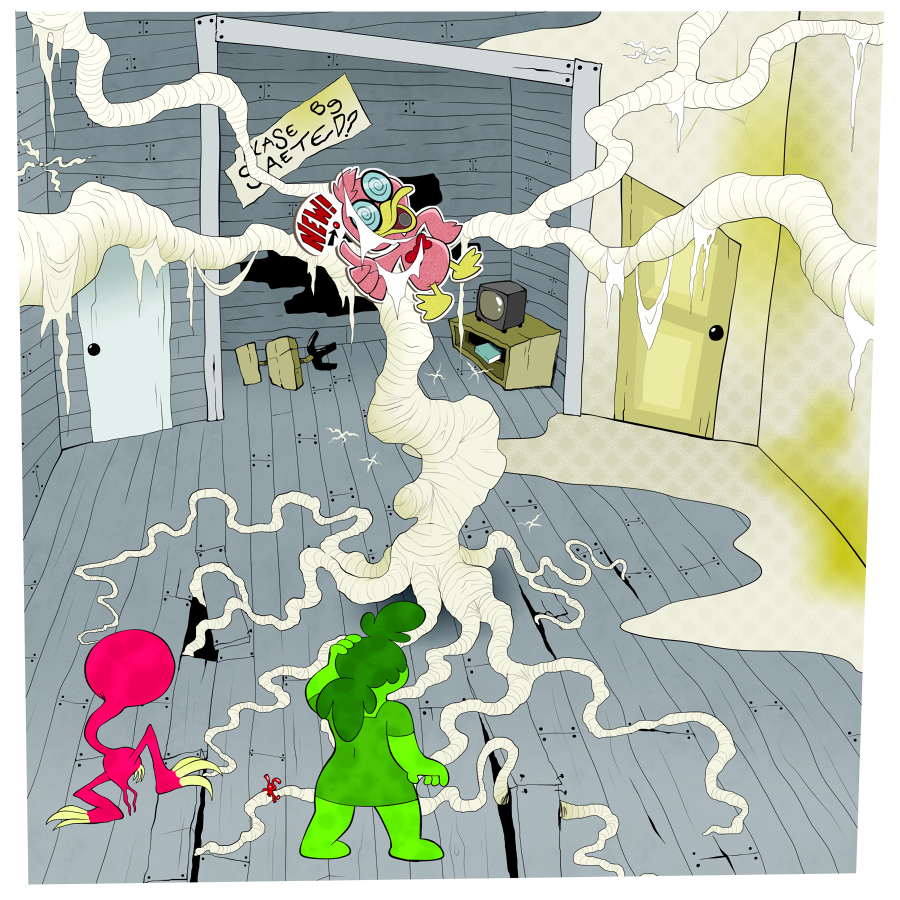 The room is dominated by a tree-like mass of bandages. Little knots of gauze flit around it like butterflies and thankfully appear to be ignoring you.

Some sort of cardboard cut-out is caught in the upper branches, and ISAAC appears to find it interesting.

Uh huh... Willis, any idea what this thing is?

DUHHHHH, it's a tree, Fern!

Isaac waves his eyestalk up at the tree.

Where'd you think gauze came from?!

It shouldn't oughta be here, though...

Gardenia said trees belong out in the hospital's wild parts because they attract aminals.

What about those flying things?

Mom thinks they're gross cause they get stuck in her a lot, but they don't hurt nothin'.