Exclusively marine, the Phylum Echinodermata includes such animals as starfish, sea urchins and sea cucumbers; famous to all, but appreciated by few. Brainless and eyeless, Echinoderms have a "skeleton" of tile-like nodules held together by a thin skin, and move not with a network of muscle tissue, but by the movement of water through a network of specialized vessels; a biological hydraulic system. They typically begin their lives as planktonic larvae with bilateral symmetry (two-sided, like ourselves), until the left side begins to grow what will become the adult body, completely absorbing the right. As with some of my past articles, I'm going to review the major groups of these ancient creatures before presenting a count-down of the most unusual! Let's start off with the one that we're all most familiar with: 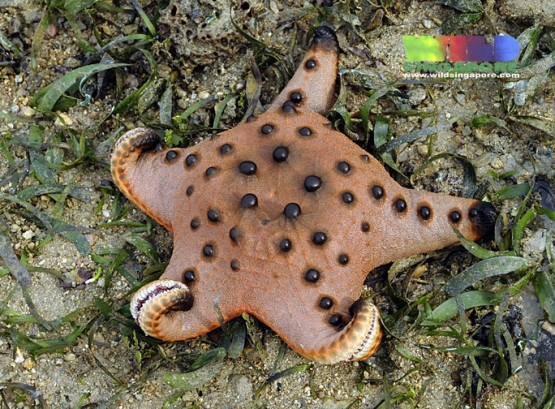 
Perhaps one of the ocean's most iconic inhabitants, starfish or "sea stars" are characterized by at least five flexible "arms" radiating from their center, each lined with hundreds of sucker-tipped "tube feet" used in locomotion. With an incredibly simple nervous system encircling the mouth and running down each arm, any large enough portion broken off from a starfish will regenerate into an entire new animal. While starfish may feed upon carrion or vegetable matter, the majority of species are strictly carnivorous, feeding on slower or sedentary animals such as corals, sponges, limpets and especially mussels. Such prey is commonly digested externally, over the course of days, when the starfish extrudes its stomach inside-out to digest its helpless victim alive.


One of the sea star's coolest anatomical features is also one of their most overlooked; assumed by many people to be sightless, your typical Asteroid actually possesses a sophisticated eye at the end of every arm, capable of at least making out light and shape, though most other marine life moves too quickly for the stars to see. You can sort of think of a star as a wheel of creeping eye-stalks surrounding a mouth. 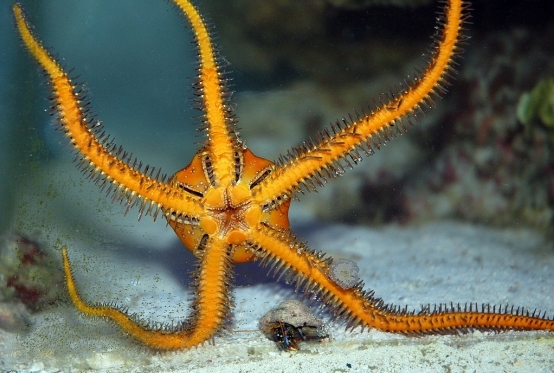 
Slightly more ancient and a bit more agile than the Asteroidea, brittle stars or "serpent stars" are usually distinguishable by their thin, spiny, extremely flexible arms attached to a central disk, equipped with circular mouth that may be ringed with jaws, like a toothed sphincter. Their diet is as varied as that of the other stars, and some may prey upon even speedy fish and crustacea. Other species may feed by trapping plankton, standing upon one or more arms and reaching the rest into the current. 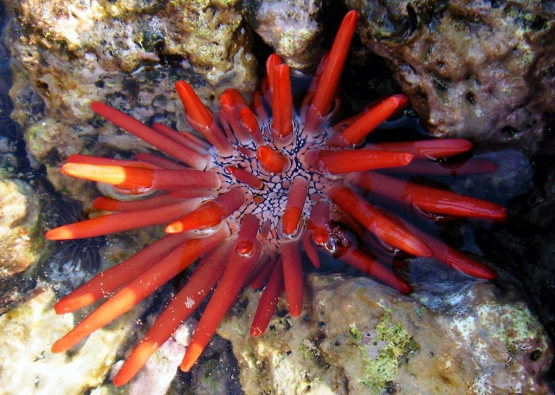 
Walking cacti of the sea, urchins are globular creatures usually coated in loosely attached spines of varying size and shape, which may be employed as legs in addition to the tube-feet, protect the animal from predators (in some cases with a venomous sting!), and are now known to be photosensitive, meaning that the spines themselves collectively function as one big, simplistic, compound eye. Virtually all urchins were once believed to be scavengers or herbivores, but certain deep-sea species are now known to prey upon their fellow Echinoderms, the crinoids. 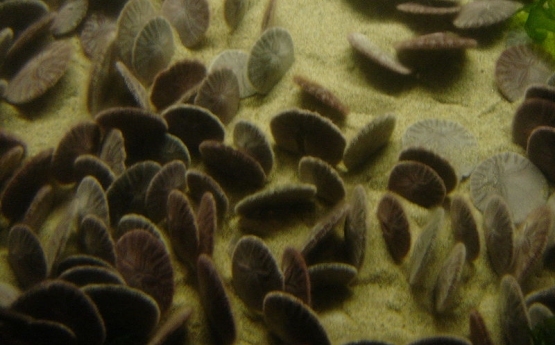 Somewhat more obscure than the urchins are their discoid sisters the sand dollars, whose fuzz-like spines and flattened bodies allow for easy movement through sand or mud. Remarkably, the larvae of some species respond to predator attack by spontaneously cloning themselves, splitting in half to increase the odds of survival. 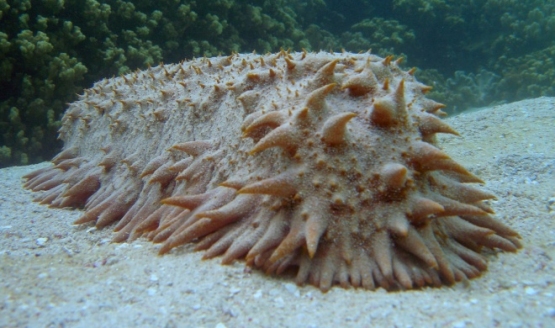 
Lying on what other Echinoderms would consider their side, the sea cucumbers take on a more elongated, worm-like appearance, sifting through water and sediment for planktonic food with their oral tentacles. Famously, many Holothurians defend themselves by self-evisceration, expelling a portion of their internal organs and tissues to entangle, confuse or distract potential predators, and may also release a cloud of lethal toxins. The collagen fibers of their body wall can be loosened and tightened as necessary, allowing the cucumber to shift between a more solid or more liquid state. 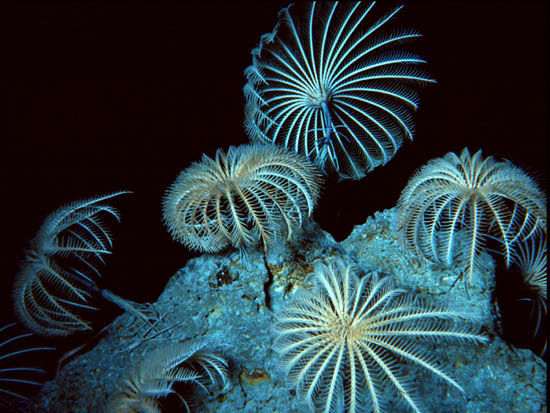 In ancient times, crinoids were among the most widespread and diverse life in the ocean, with a multitude of bizarre shapes and lifestyles. Today, these haunting creatures have been reduced to only two types; the stalked "sea lilies" and unstalked "feather stars," both more common in the lightless abyssal zone. Both types are "suspension feeders," meaning that they spread their appendages in the water to trap bits of drifting food. Though many ancient species were permanently rooted in place, the stalked crinoids are capable of crawling to new locales. 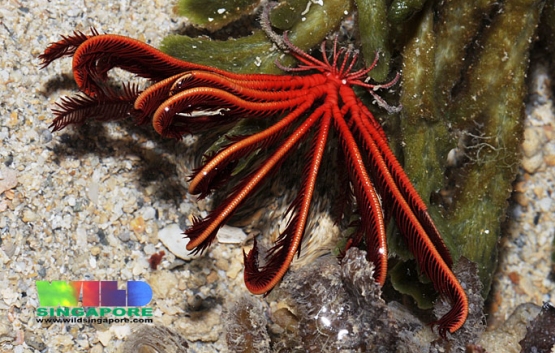 The aforementioned "feather stars" include some of the few crinoids one can find in warm, sunlit tropical waters, and actually begin their lives in a "stalked" form before breaking loose and swimming rather beautifully.

Now that you're acquainted with the basic groups of Echinodermata, it's time for us to discuss some of its MOST BIZARRE members!