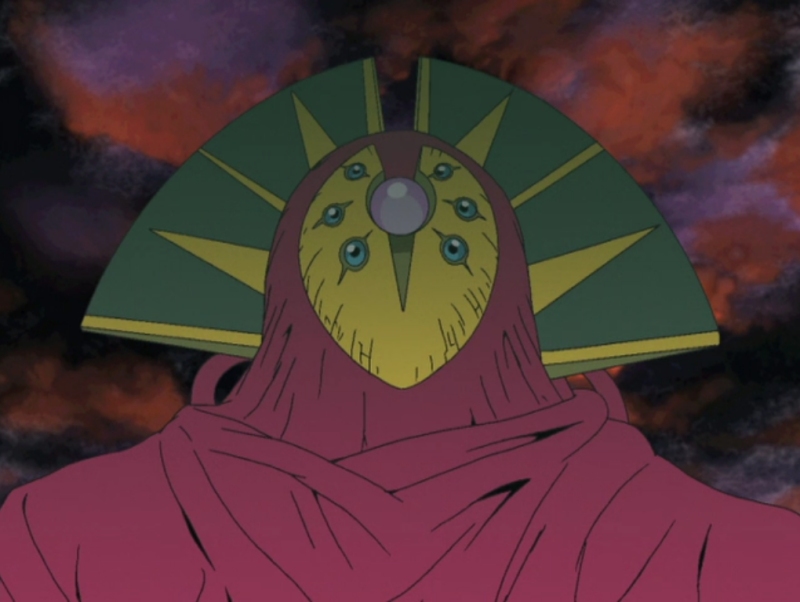 More or less the "true" ultimate manifestation of the D-Reaper, the Mother forms around its original core or kernel, where it has been holding Jeri Katou, and combines her tormented mind with that of ADR-1 and every other entity the Reaper has ever killed and absorbed, including innumerable digimon and off-screen human deaths! The combined mind of an electronic embodiment of death with thousands of its victims and a tormented little child doesn't make for the most stable of final bosses, and it isn't long before Mother begins to unravel again - though not before manifesting yet another monstrous exaggeration of Jeri, who concurrently breaks free from the monster's control and begins to fight it from the inside while a team of programmers scramble to truly deactivate the Reaper once and for all. In addition to obvious Evangelion roots, the D-Reaper is also another product of writer Chiaka J. Konaka's love of the Cthulhu Mythos, and the combination of these elements with the logic of Digimon results in a much more unique, interesting, and genuinely frightening villain than that combination should honestly entail. Though I still like Digimon Adventure a whole lot more as a series, I can see why Tamers is a fan favorite, and marks a point at which many felt that Digimon was a whole lot more grown-up than it looked on the outside.

AND WITH THAT...WE'RE TAKING A BREAK! At the time of this writing, the things I've got going on at once include Awful Hospital, rewards for my Patreon, behind-the-scenes work on Mortasheen content, my Spiderween October feature, my regular daily October monster reviews, a novel I have already been paid and contracted to write, AND the ongoing attempts at enjoying my birthday month outside the internet.

I sincerely have no idea how I'm able to do this many things these days, besides the support and/or technical help my spouse along with the fact that it's all begun to keep us alive financially. Something, at least one thing, really has to be put on hold until at least a couple of other things wrap up, and I'm afraid that's going to have to be Digimon Reviews for the next three to four weeks.

See you in NOVEMBER for my first Digimon Frontier posts!