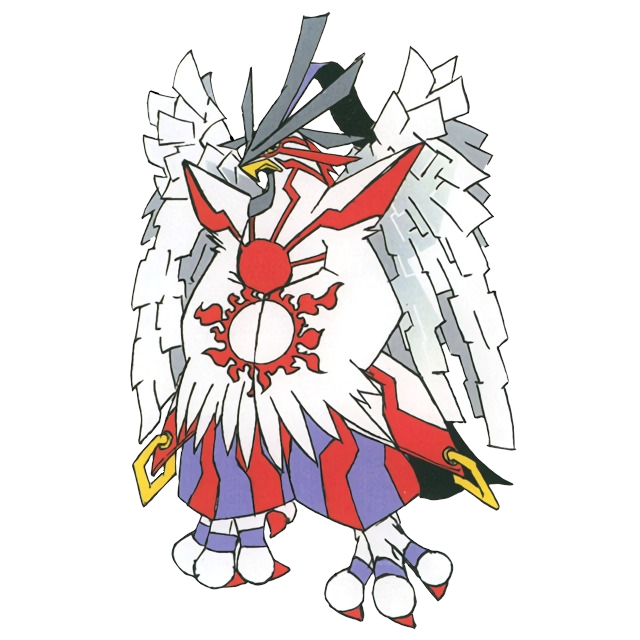 Today's digimon is an Ultimate created especially for the Digimon Story video game, and it has two possible modes. This is its "holy mode," which is pretty neat honestly; it looks like its front is actually a pair of wings held together, while the wings on its back are made up entirely of paper charms. I like its angular, hawk-like face in combination with the black crest on its head, it definitely has a threatening but "holy" feel to it. 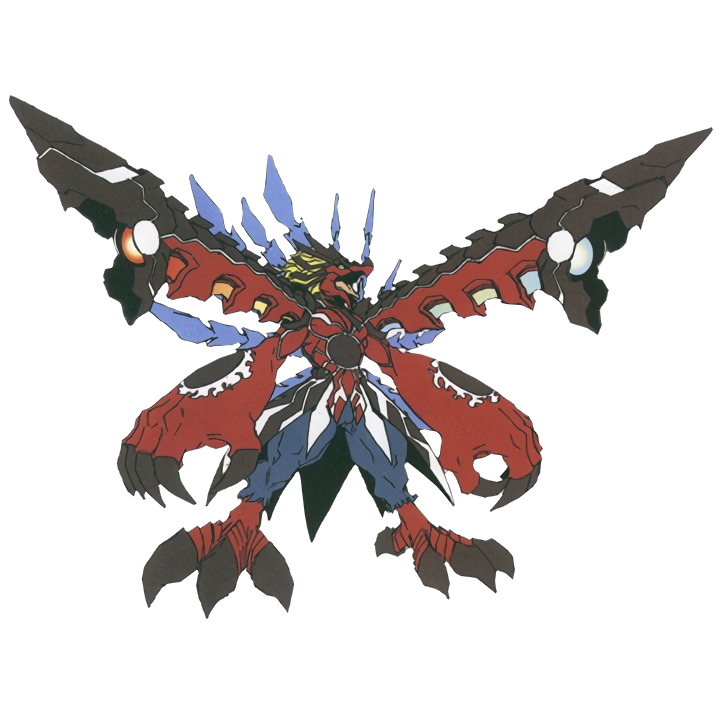 Chronomon's "destroy mode" is completely different, its head much more reptilian and its wings replaced with a pair of huge gun-like or thruster-like mechanisms. 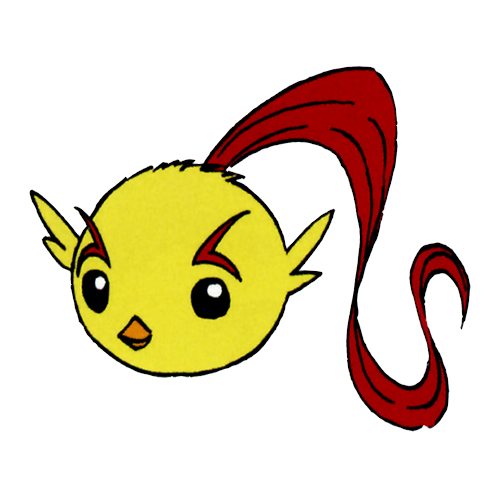 Interestingly, this digimon was given a set of prevolutions several years later, in 2010's followup Digimon Story title. Nothing is really said about this digimon except that it isn't very strong, which we already know from its evolutionary level, and that it "looks like a chick." Thanks. We never would have guessed. 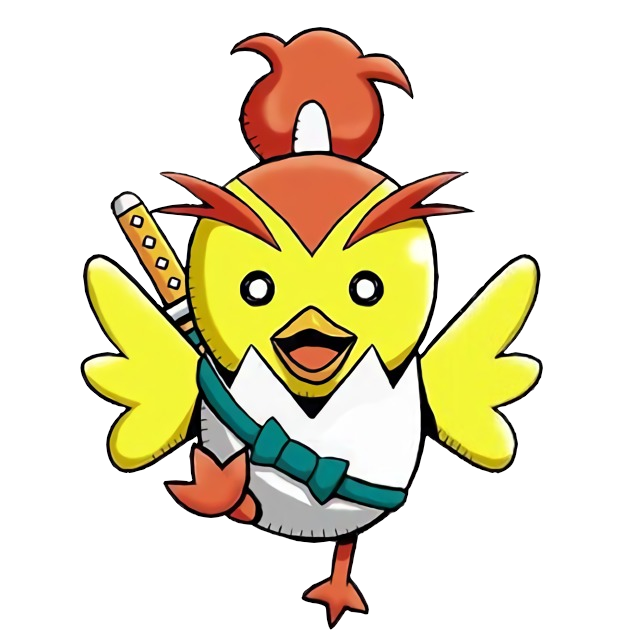 Little to nothing is really said about the child stage, either, except that this little bird chick decided to wander the land training as a samurai. That's pretty cute, especially how its egg shell serves as its chest armor. 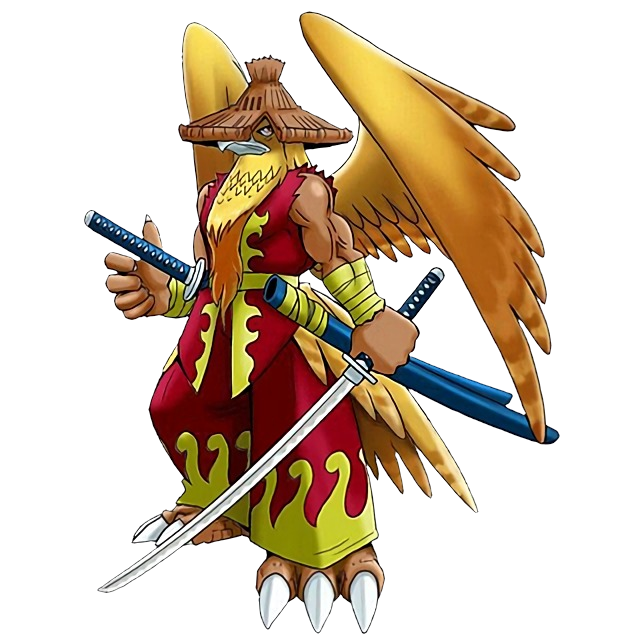 Grown-up Hyokomon is basically just a falcon man, but he's fairly neat for a bird guy. The red and yellow outfit contrasted with the blue swords are a good splash of color in the midst of all this brown and tan, and those old fashioned straw hats just always look cool. Buraimon is said to "carry out the wanderings of a vagrant" as it continues to train as a swordsman with no home of its own. 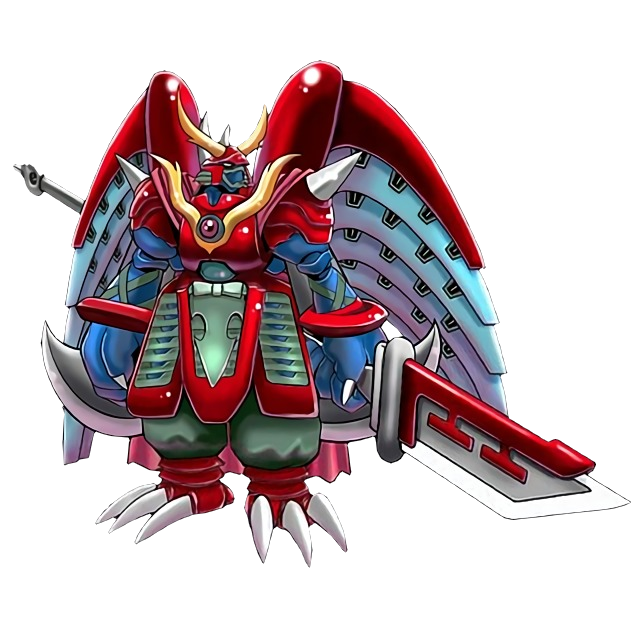 Finally we have this big, chunky, heavily armored bird guy that I actually think might be the best looking design on this page. It's apparently a master swordsman now, and cannot possibly progress any farther as a samurai, but "it's beginning to think there are limits to saving the Digital world with swordsmanship."

So, this ends up evolving into Chronomon Holy Mode, and completely abandons the use of swords in the process. An interesting and unique idea, honestly, to have a line that focuses on a particular fighting style only to abandon it for some "higher" form of combat in its final form.