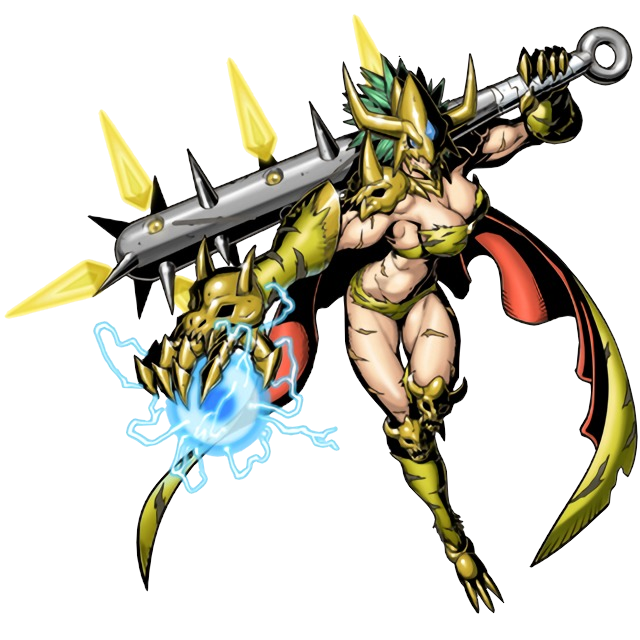 We got something pretty wacky today, which seems almost tailor made to be explored further by the anime...but still never has. Kinkakumon is a giant oni woman, pretty fanservicey, but also blessed with one of the more badass digimon helmet-faces and a brutal looking weapon. Her profile states that she easily falls in love on a whim, even with its opponent, but it doesn't make much of a difference; she's so brutal, even the objects of her affection are short-lived, as she may just playfully whack them into orbit just because she's feeling bashful for a moment, or pulverize them for the slightest way in which they hurt her feelings.

It's a cute and funny concept - who doesn't love a well-meaning bruiser? - but she really gets a 4/5 more because of her bizarre and unique relationship with her "little brother." 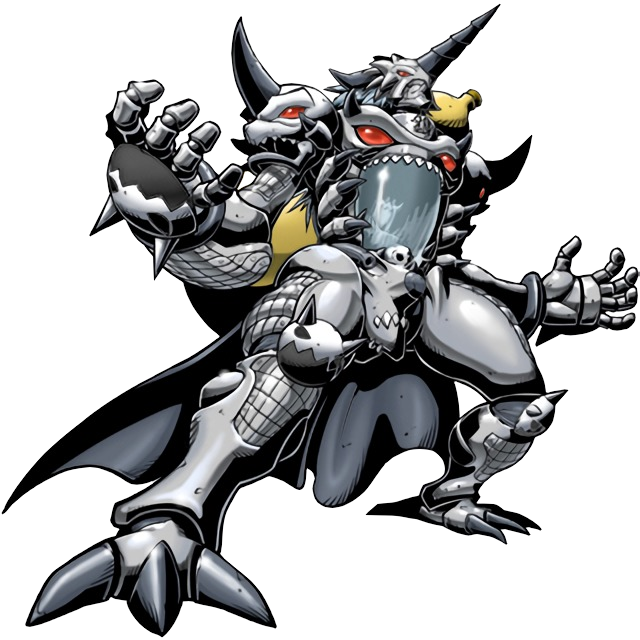 That little brother is "Ginkakumon," and he's actually gargantuan. He looks like edgy villain material, maybe even "big boss" material, but he sounds almost more like an overgrown kid than anything else. Despite the fact that his big sister can clearly take care of herself, he's highly protective of her and will obliterate any "unscupulous fellow" who approaches her or may hypothetically break her heart.

Things get a little weirder, though, due to that giant, transparent tank in Ginkakumon's stomach. That is in fact a "cockpit" allowing another digimon to board him like a giant mecha, and yes, he prefers that exclusively to be his own big sister, which is said to be the happiest he ever gets. Isn't that a little TOO close, guys? Weirder still, the huge sake bottle on Ginkakumon's back is also reserved for his sister, and he can apparently even convert entire enemy digimon to pure alcohol by throwing them inside. I don't know whether he's the best little brother a gal could have, or just a possessive weirdo and an enabler. Either way, it's such a zany concept, I can't help but love both of them.