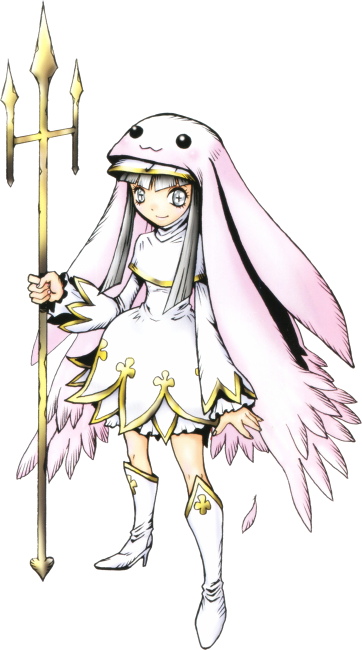 What, really? An anime nun? That's this digimon? Apparently it's considered a "puppet type," though it just looks like an actual person wearing an anime distortion of a nun costume with a bunny rabbit hood for good measure. Specifically, this is "Sistermon Blanc," a child stage digimon. 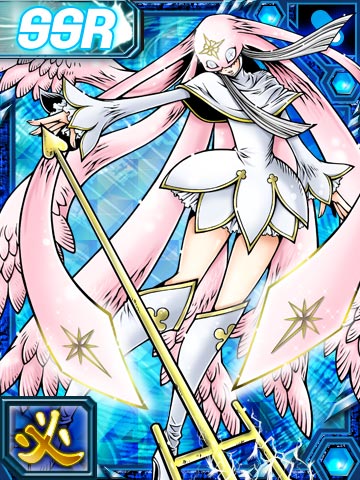 At least her so-called "awakened form" is moderately cooler looking, with her human eyes covered up by the surprisingly scarier eyes of the bunny face. 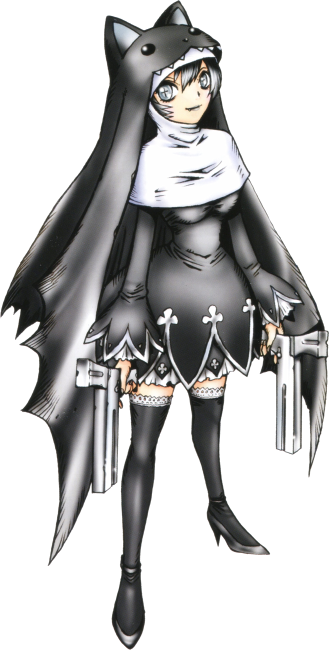 So Sistermon Blanc is a counterpart to "Sistermon Noir," her older and more powerful sister who is even more blatantly nun-themed. Like Blanc, she has an "awakened form" in which her hood covers over her eyes, but that's not all! 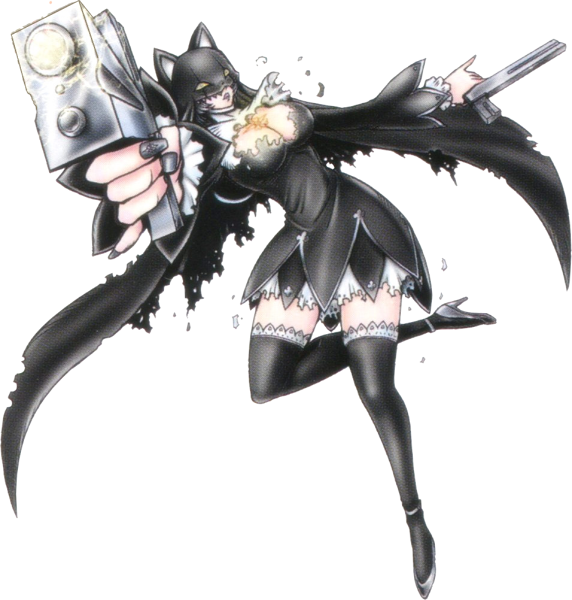 Supposedly, covering her face with her hood causes a "Holy Stigma" to appear on Noir's chest, channeling her true power, which is why her shirt is torn open, which is a monumentally contrived explanation for fanservice. You see, she is simply so powerful, her cleavage CANNOT be contained by mortal cloth. I guess bad guys know it's time to quake in terror when "the gals" come out, right? It would honestly be far less stupid if they just didn't try to explain this design at all. So the gals come out. So what. Do they really need to rationalize it if they already have designs like Lilithmon? Are we to assume Lilithmon's gals also need to breathe to unleash her true power? Would Lilithmon become weaker if you made her wear a shirt? 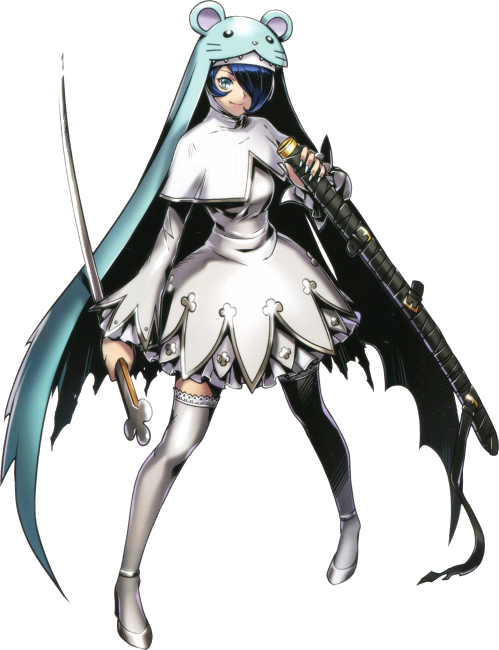 Finally, there's also Sistermon Ciel, whose hood is mouse-themed, and also referred to by her profile as "a wimple on her head." I do not know what a wimple is.

Ciel was actually created for the American release of the Cyber Sleuth game, entirely to censor Sistermon Noir. 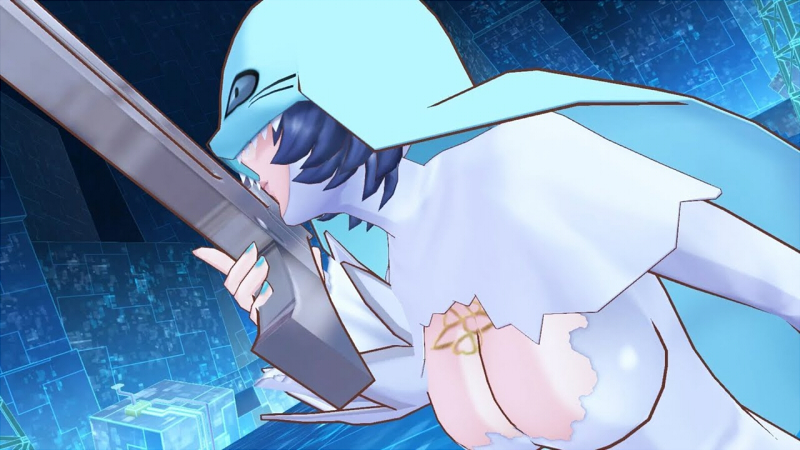 ...Not because of the booby thing, though, she still does that. I think they just wanted to tone down the nun imagery. That's what was going too far, apparently.