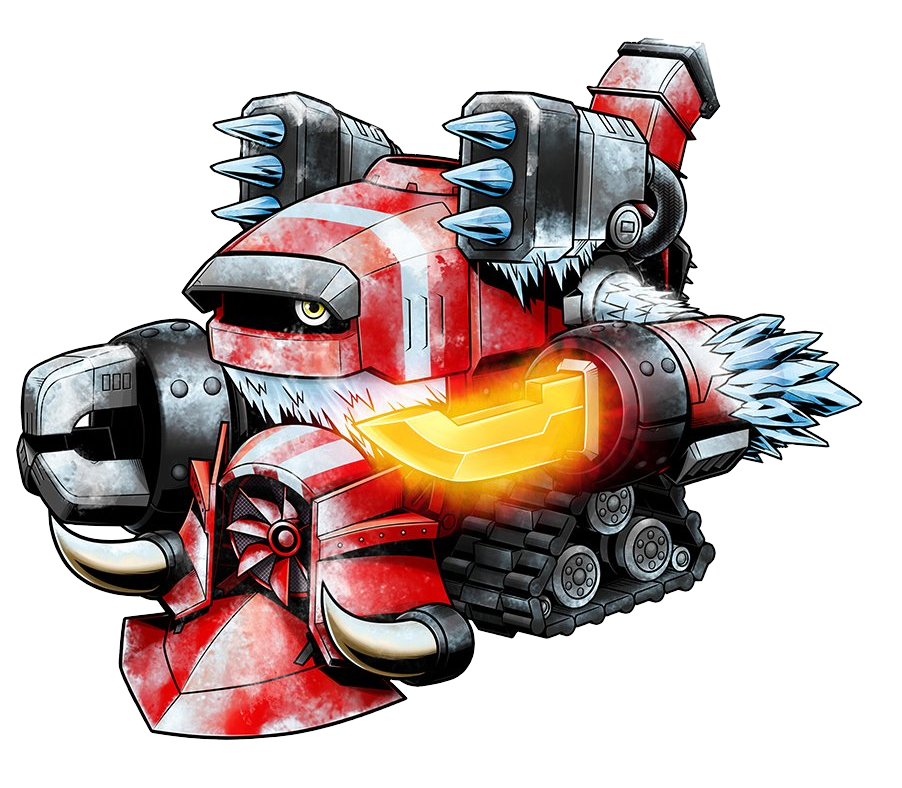 Frozomon is another new ice Digimon, resembling a frost-encrusted, treaded robot with a single eyeball in its dark visor, a plow on its front, a snow blower on its back, and one superheated glowing sword for breaking through tough ice. All interesting, but instead of logically linking together any other Digimon, this one is an oddball itself with no similar creatures to evolve from or evolve into. In fact, the only other ice-themed machine Digimon at all is Daipenmon, which is in the same virtual pet as Frozomon's debut, and Frozomon still doesn't evolve into it! This thing is currently only connected by evolution to fully or mostly organic creatures. Silly!