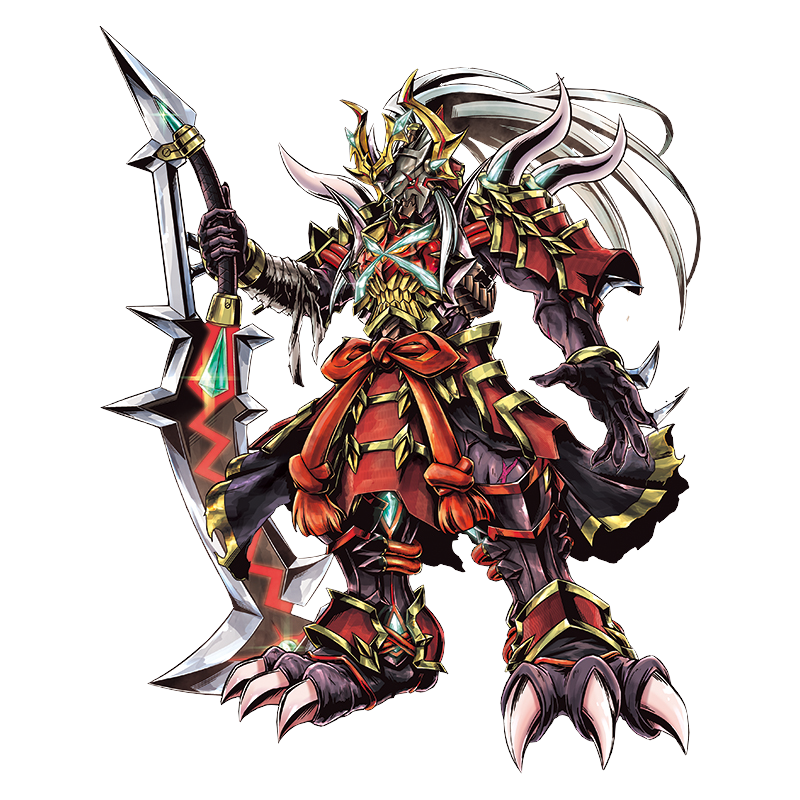 The original Gaioumon was at one time only part of the Agumon X evolution family, and was originally intended to be the X-antibody version of Black Wargreymon. In 2021, Gaioumon receives some fresh attention in Digimon: Rearise with an alternate form, Itto Mode, also considered its own species. You got all that? It's a convoluted way of saying this is Digimon's tenth or twentieth anthropomorphic dinosaur guy buried under some kind of armor, but hey, it's entertaining in itself that any media franchise has that many instances of something so incredibly specific and so absurd.

This is a fairly decent one, too. The regal but demonic looking red and gold armor includes a chestplate detailed like a grimacing skull, but the eyes of the skull are just the glowing blue X-mark indicating the antibody mutation. This is supposedly a form taken by a Gaioumon that has suffered a great defeat, awakening the "Oni data sleeping within its Digicore." Again, you following this?? R.I.P to people stumbling onto pages like this who know absolutely nothing about Digimon.