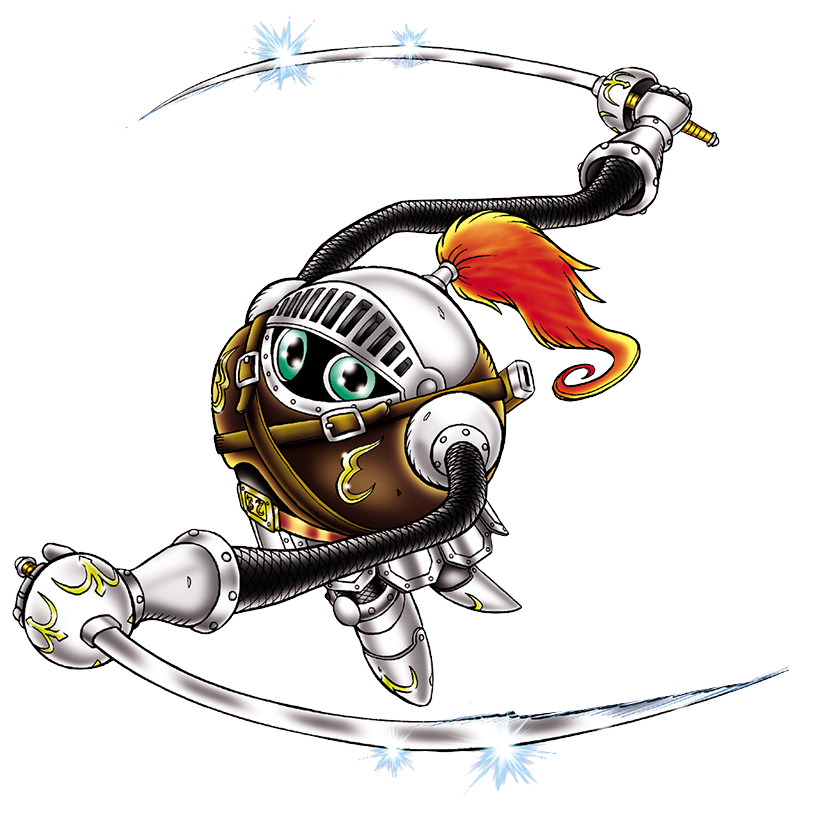 This Digimon actually made its first appearance in 2002, but I neglected to ever review it before, and it's just as well, because it only received this high-quality artwork and an entry in the official Digimon Reference Book in 2021, at nearly twenty years old!

Gladimon is an Adult stage Digimon who was really meant to be a more natural evolution to Kotemon, itself supposed to represent the concept of a warrior in early training. So Gladimon here bridges the gap between Kotemon and all Perfect or Ultimate level knight-based Digimon, which is pretty fun, and it does have a really lovable design; a squat, almost sphere-shaped knight with big, soulful green eyes in its visor, stumpy legs and unusually long, gangly, seemingly boneless or multi-jointed arms wielding its two rapiers. The pose makes it look like the arms extend and retract, which is a lot of fun; there isn't any reason for knight Digimon to follow shapes as human as they do.

Gladimon is made to evolve most directly into Knightmon, and does so in the Rearise game, which doesn't forget the memorable Lordknightmon as the final outcome, either!