Germs of the Body - Page Four! 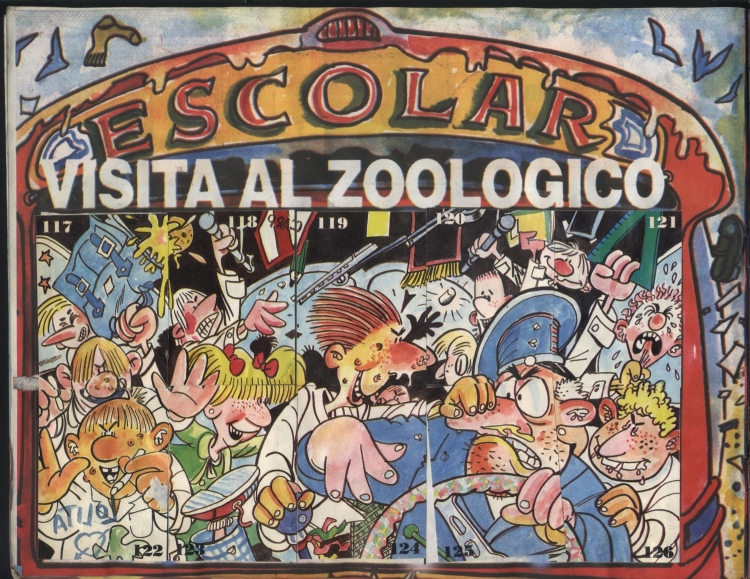 Our next tale of terror takes place on a schoolbus, and oh god, can I relate. Some of my foulest, most traumatizing childhood memories involved the mucus, spit and far worse expelled from other children on long, hot bus rides, made worse as more and more children figured out just how easy I was to nauseate. To add insult to injury, my house was only a five minute drive from school, but the bus route looped around for half an hour before getting there. That's just the start of how miserable my experiences with other children always were, but we're getting off track here... 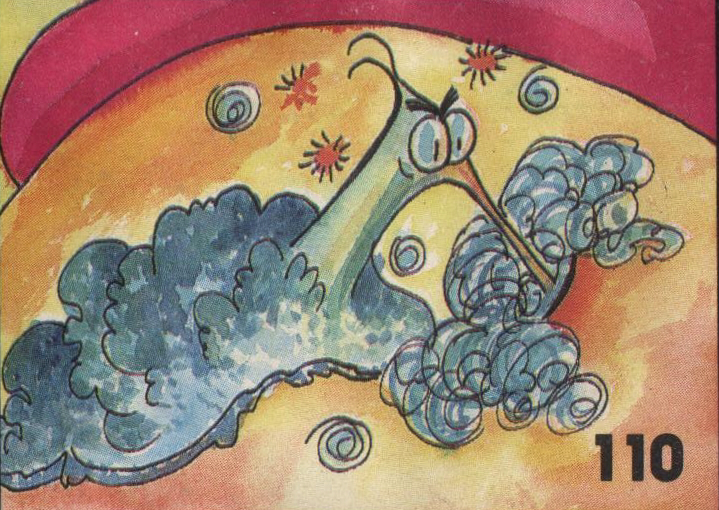 As filthy teen prepares for his day, we get to see the thing that lives in his belly button lint! Love that fuzzy, slug-like design with the comical, tubular beak, and look how huge it is! How does he not even notice?!Again, not sure if we're seeing something feed or deposit. 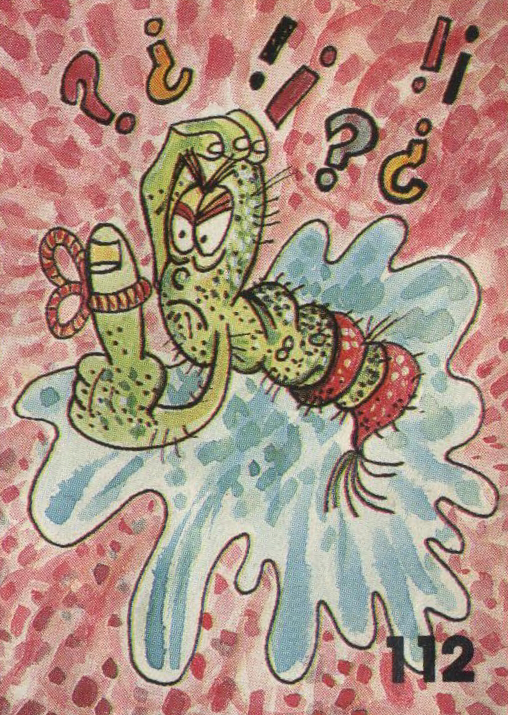 This forgetful germ is Memorisflojum, and has something or other to do with filthy teenager's upcoming field trip. Does anyone actually still tie a string to their finger anywhere? I remember when this was referenced all the time in cartoons. 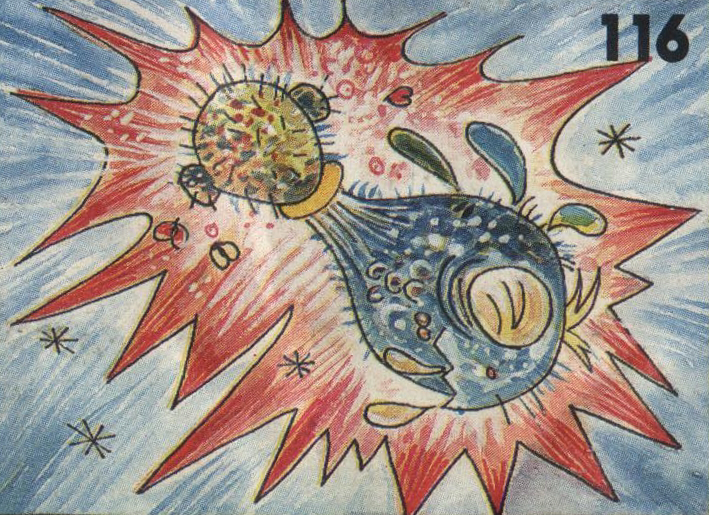 Here's another freaking adorable one and an instant classic, though it's also the single most revolting visual allegory in the series. This "germ" embodies the pain you experience while waiting too long to use the bathroom. It has a turtle head. Oh god. Was that even intentional? Do they have that saying in Spanish? A huge, blue, embryonic snapping-turtle head bursting out of a way too small body. A body kind of shaped like a cannon, unless I'm reading into it too much. I choose to. 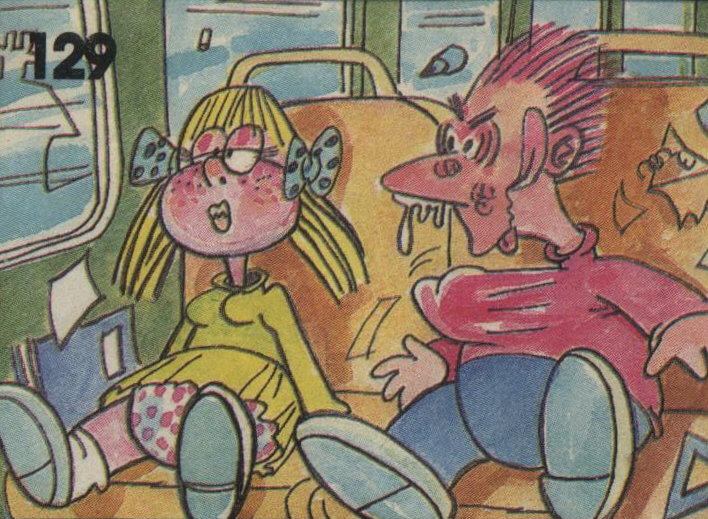 Missing his chance to use the toilet after filthy dad fell asleep on it, filthy teen manages to back things up and proceeds on his long, torturous bus ride to the zoo, where he starts to get some funny feelings about the little heartbreaker he's seated with. Funny feelings which, of course, have their very own germs! 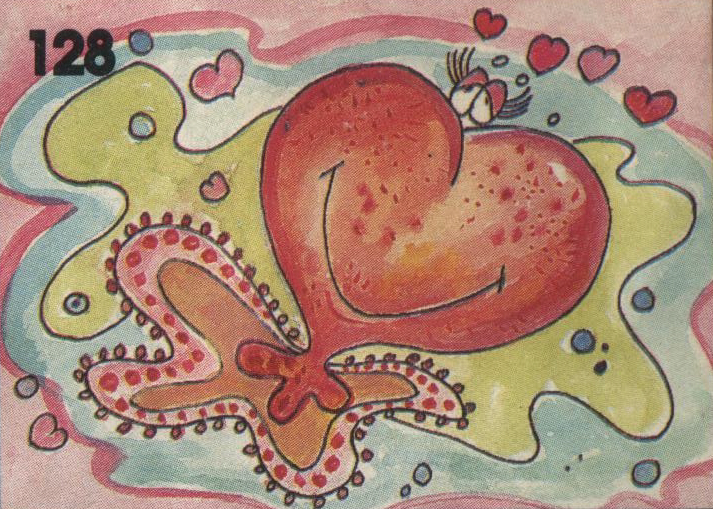 The first "love" germ, or Namoratoromanticus, looks an awful lot like the butt monster from earlier, just a little...everted. More heart shaped. Maybe a little more gonad-shaped. Are they saying love is like a distended butt? I guess it...could be... 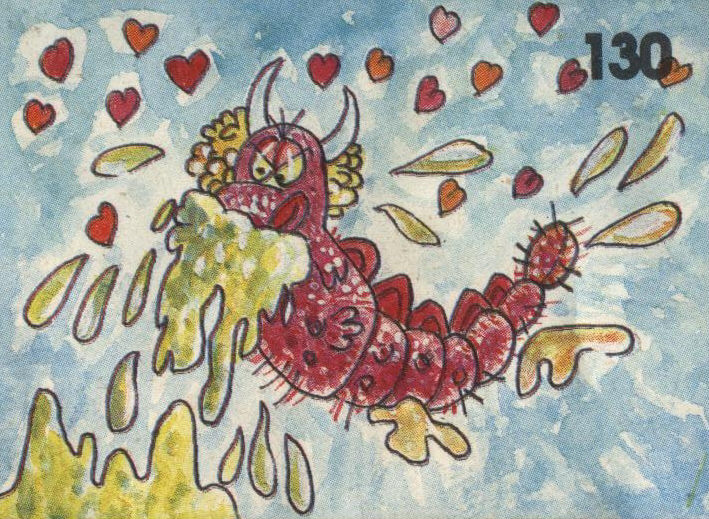 Babexcalentis joins in the romance, as the snotty brat starts gearing up for a kiss. Oh no. No. No no no. Just run, little girl. Defenestrate yourself if you have to. 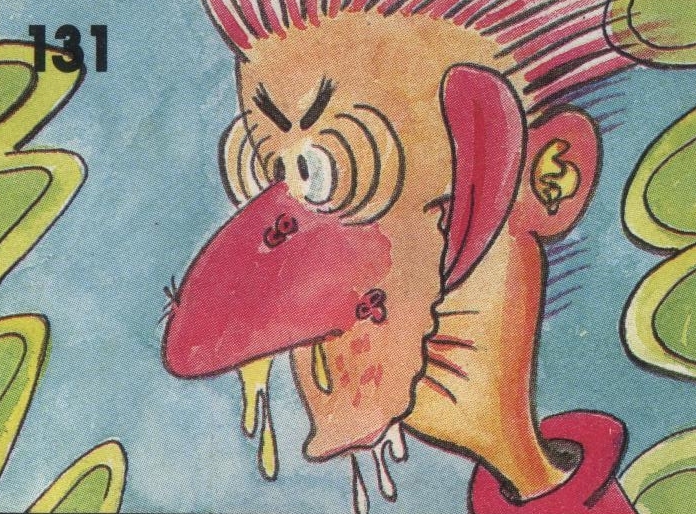 Don't do it. Don't even think about it. Someone should break you. 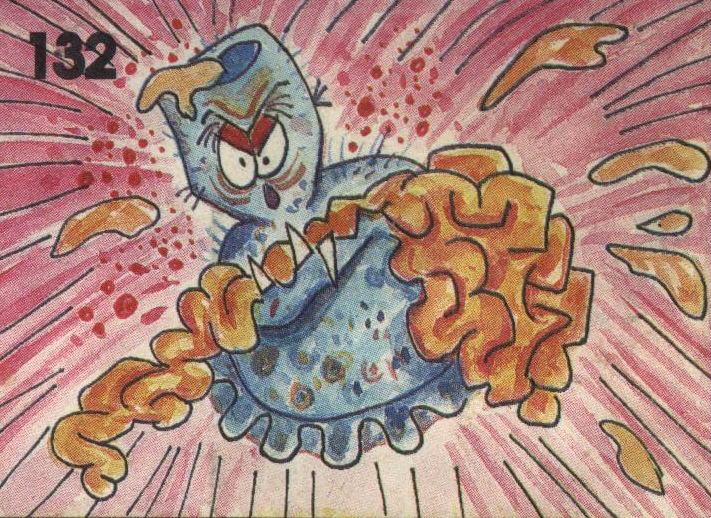 The little weasel is finally driven over the edge by this pug-ugly brute, Comocerebris, chomping down on his brain in a pretty fair euphemism for raging teenage hormones. And then...the unthinkable. 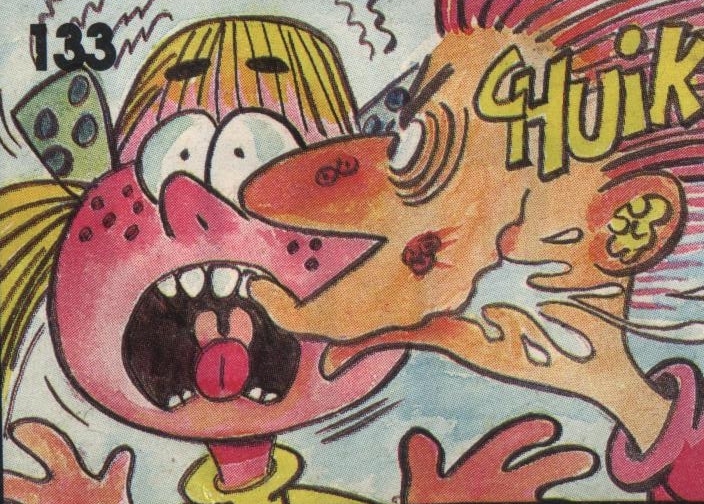 Oh god no. If I was this little girl I would find a jug of bleach to gargle. The ears packed with wax are almost worse than the runny nose. 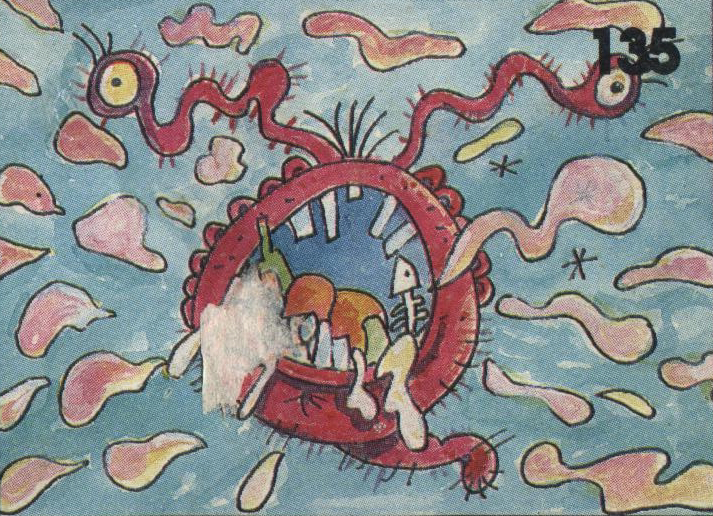 The girl faints thanks to our old friend Alientexmortalis, looking as lovely as ever to lighten the mood. 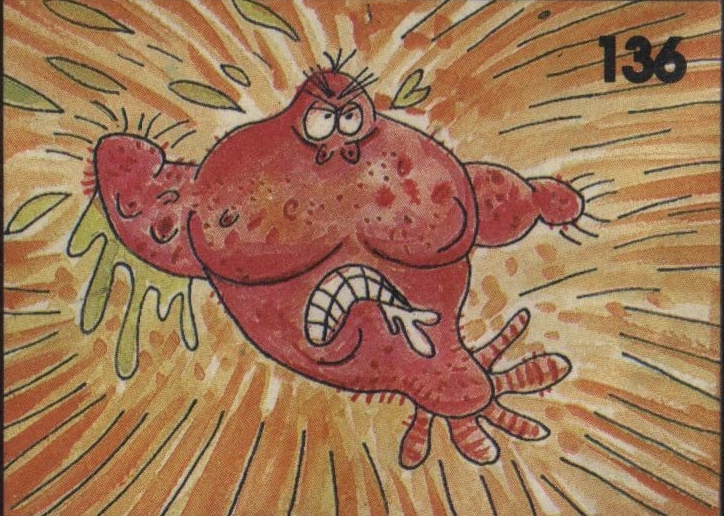 Angry germ shows up again, with a drunken swagger, when at least one kid gets the right idea and tries to throw a punch at our malodorous molester. 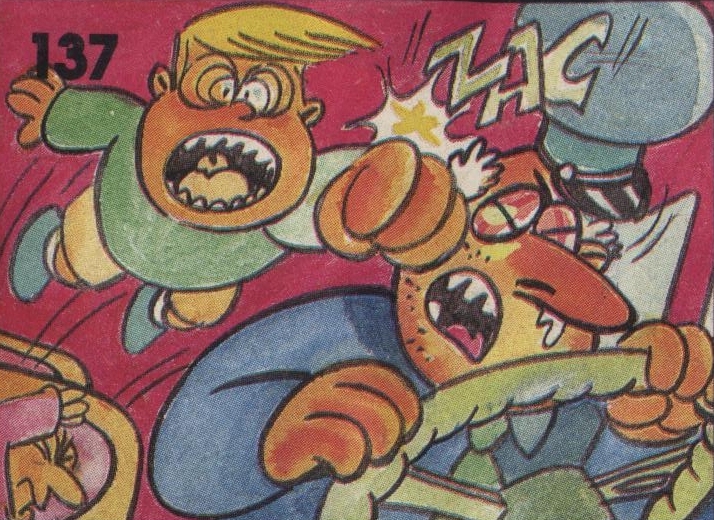 Unfortunately, his aim is more than a little off. He punches out the driver, and the bus spirals out of control as he's knocked out. 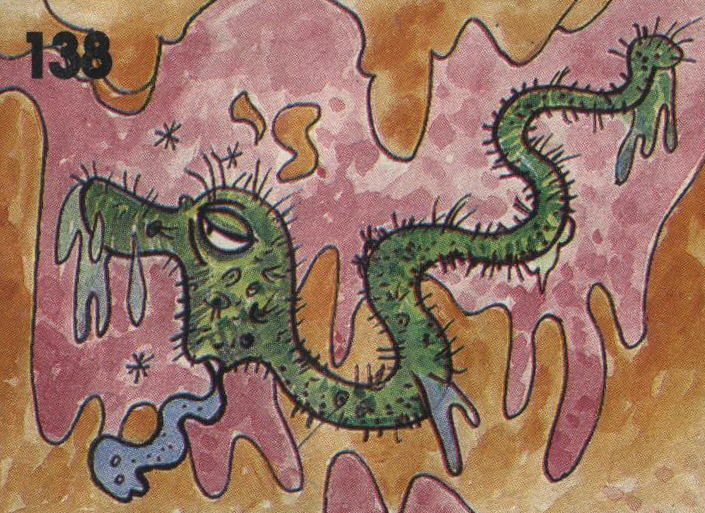 ...Which, apparently, involves the germ Blandongodebilex. Wow. We have a germ for losing consciousness when we're hit too hard? These are getting even more abstract than I thought they would. 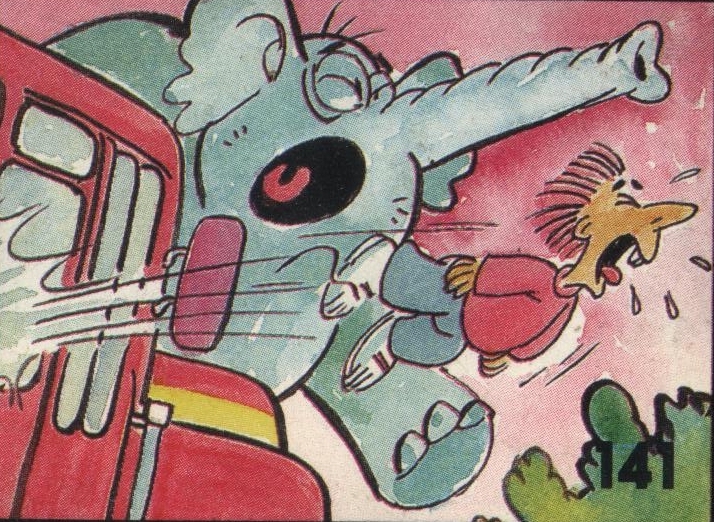 The bus careens its way into the Zoo, colliding with an elephant inexplicably walking loose around the grounds, and as the grimy bastard is hurled from his seat...the unthinkabler happens.... 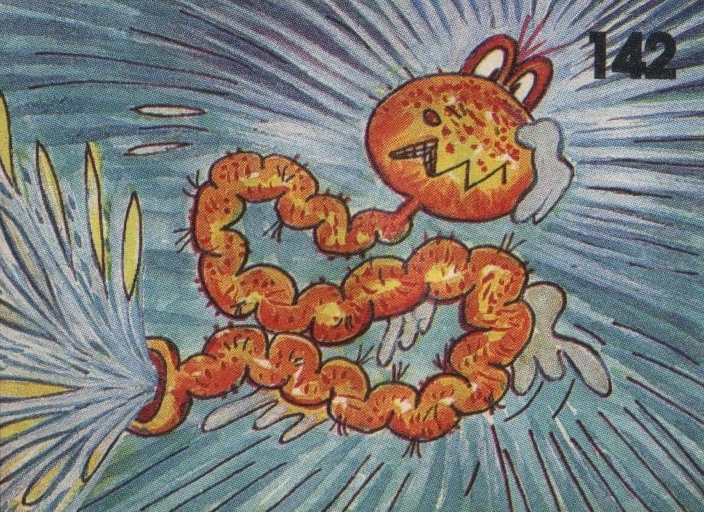 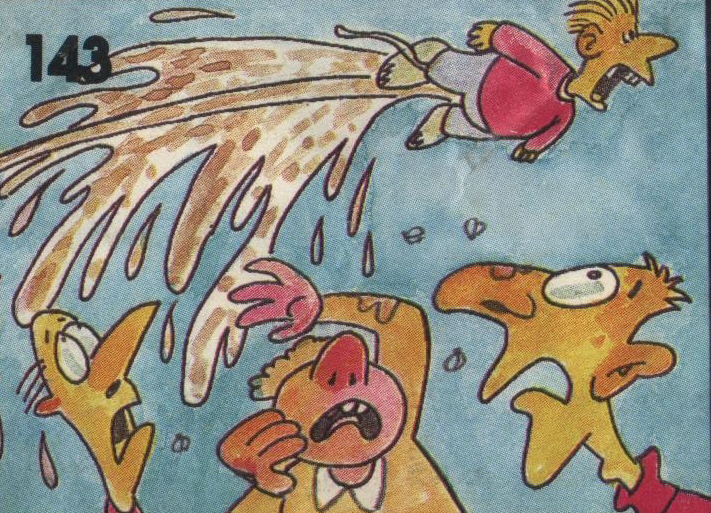 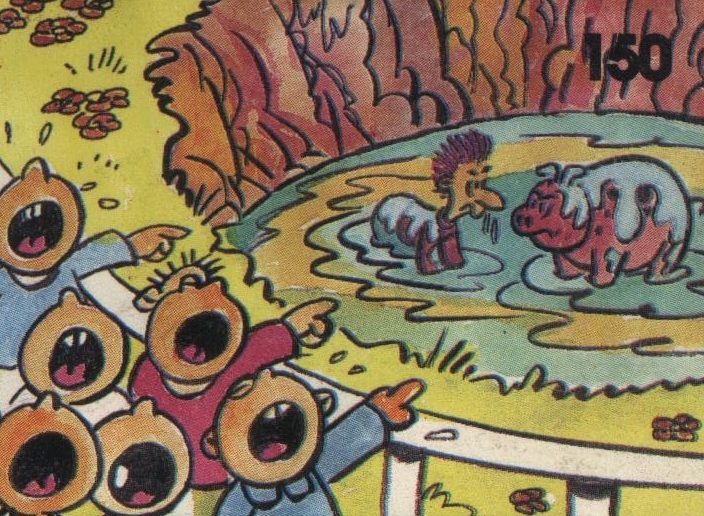 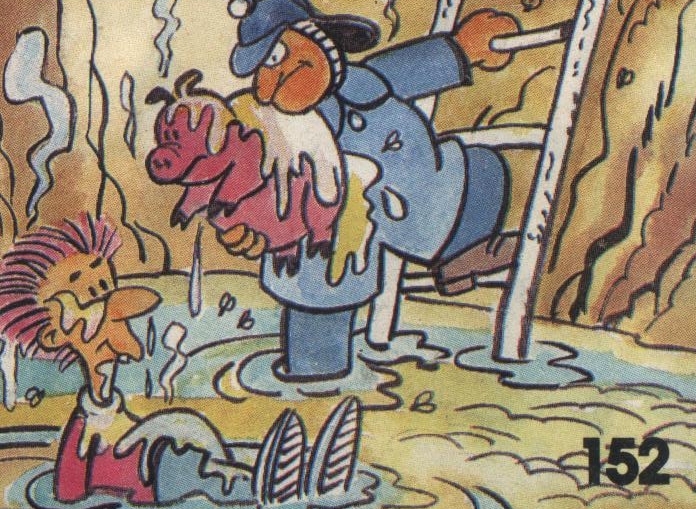 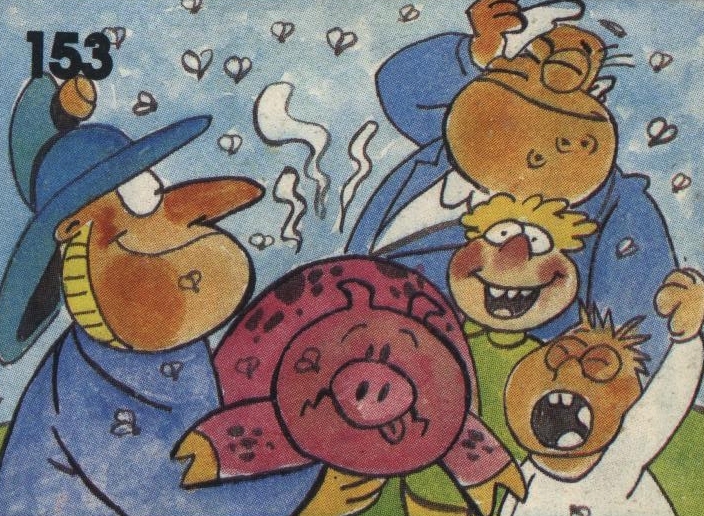 We don't get to see any new germs after this point, but we do get to see some deliciously appropriate karma as the teen lands in a festering pig pen and it's the pig that gets rescued. I guess they were afraid he might molest it. The message is pretty clear, and it's one I strongly support. The Germs of the Body may look like the pets of my dreams, they may make me wish that actual microorganisms had buggy eyeballs and grumpy teeth, and they may make me long for a gateway to some microbial land of fantastical adventure, but nobody wants to be like the booger-dribbling, rancid deviants they call home.

I...kind of want to take another shower already. 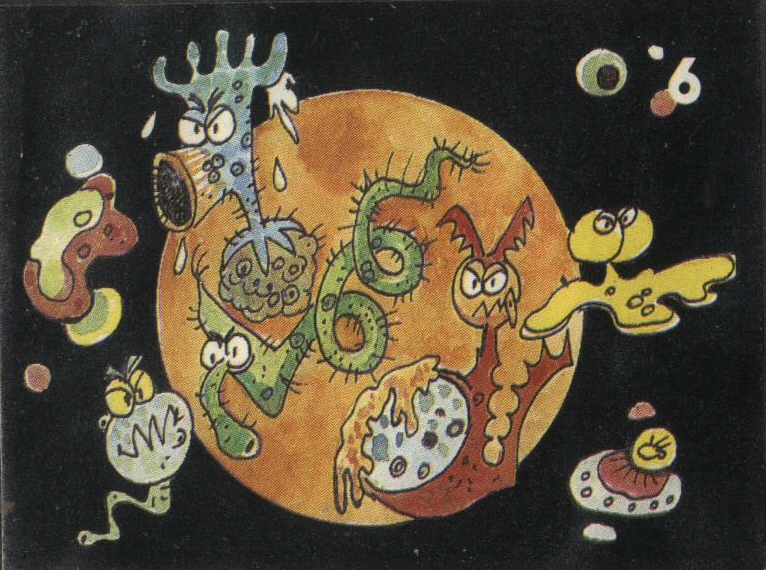