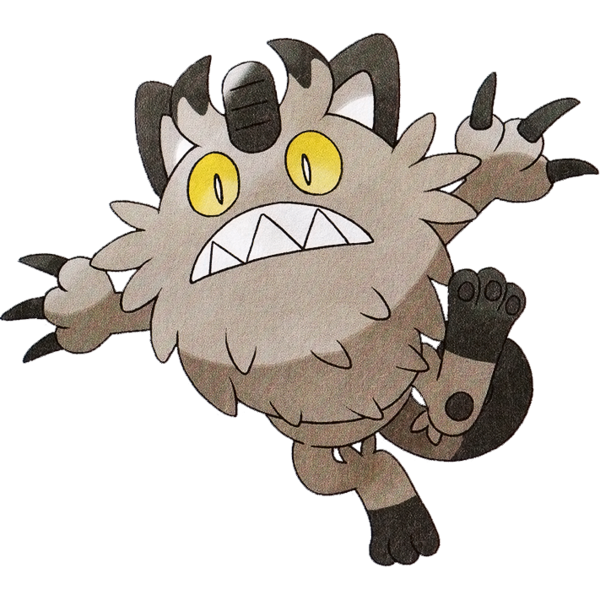 So the concept of "Regional Forms" was first brought to us by Alola, and since they technically came first in the Pokedex, I reviewed them before reviewing any of Alola's brand-new species. This time, it's a little more complicated than that, but we may as well do the same thing, right? These are only coming after Meltan on account of Meltan belonging to the previous region. Boy did they try hard to confuse my review system.

Anyway, we already had an Alolan Meowth, but now we've got a Galarian Meowth. Could Meowth forms be a new tradition? I can't say I'd mind, really. I think I'd honestly prefer it over just constantly getting whole new feline species of Pokemon...they've had their run.

Galarian Meowth is actually a steel type, and I really love its design! It's got a lovely jagged set of teeth, eerier yellow eyes and a bushy beard that all apparently came from living a more hardened life with "a seafaring people." It is, in fact, a viking-themed Meowth. Cute! And here's where it gets weird... 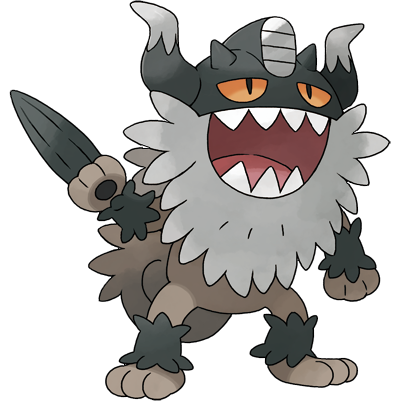 Galarian Meowth does NOT evolve into a Galarian Persian, but into a whole new Pokemon known as Perrserker! We've now got "Regional Evolutions," and that's honestly something I think I always wanted without even realizing it. I am ALL FOR these alternate versions of existing Pokemon. Everybody has that Pokemon they love significantly more than its evolved form, and "region forms" basically mean that an alternative line, a "second chance" if you will, is never entirely off the table now, even for a Pokemon that's already gotten a regional form! I believe many people have always been of the opinion that Meowth's cartoonish looks were more interesting than Persian's realism, so at long last, we've got a Meowth evolution that retains those aspects. A maniacal kitten that evolves into a more maniacal kitten.

Granted, it doesn't even really look like a Meowth or even anything like a cat, but Perrserker has a lot of personality. I love the eyes, I love the muted color scheme, and I love that it has a menacing "helmet" that the dex says is actually hardened, steely fur! Its attack animations are also pretty neat, with its claws not only extending, but fusing together so that each arm has a single big "knife" on the end.

It's not a Pokemon I'd use, I mean, it doesn't fall into my personal themes and tastes, but I think it has to earn a 5/5.

We actually aren't even done with Meowth just yet, but, we'll get to that later. We're doing the Regional variants first!