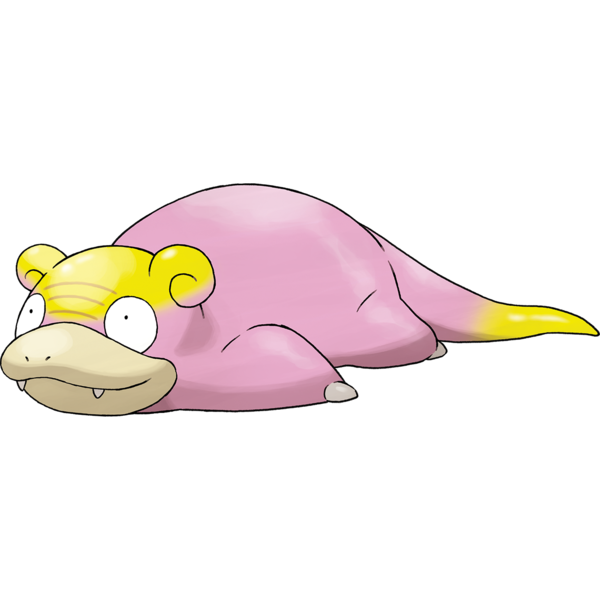 Oh, thank goodness, we're past the Galarian starters. Regional forms are a lot more fun to review, and they picked one of everyone's favorite Pokemon lines for a new variant! Apparently, feeding on a rare plant in the DLC Isle of Armor builds up toxins in its Slowpoke population, until their tails taste unbearably spicy. Now, we all know Slowpoke evolves into Slowbro when a Shellder clamps down on its tail, so maybe you guessed that this puts a little snag in that plan. 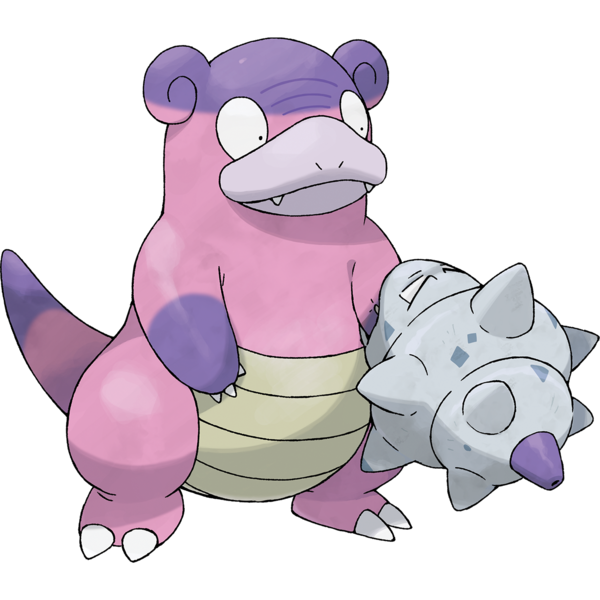 Galarian Slowbro interestingly bears its symbiotic Shellder on its arm, and the Shellder venom famous for boosting the Slowpoke's psychic powers has reacted with the Galarian form's spiciness to become a more volatile chemical fluid. The Slowpoke can then squeeze the mollusk's tongue like a trigger to spray a blast of poison from the tip of its shell, like a gun, which is a really fun and interesting twist on the original setup! I'm glad the Shellder really gets to DO something now.

And, oh yeah, this also means Galarian Slowbro is psychic/poison! It gains my favorite typing in the game! I always loved the Slowpoke line, but it never quite fit in with my personal top favorite Pokemon, and the addition of a poisonous angle is definitely on the right track. I do feel, however, that they could have done still more with the Shellder. As such a focal gimmick of this Pokemon, it either should have been much larger and longer - more like an impressive "rocket launcher" in scale - or there could have just been more than one. How interesting might this Pokemon have looked if it had a couple of other, slightly different Shellder clinging to its back, like an arsenal of different guns to swap as it needed? A signature move could even link them all together at once to form the big "bazooka" I was getting at!

Well, whatever, we're still not done, and the next form is definitely a bit more dramatic! 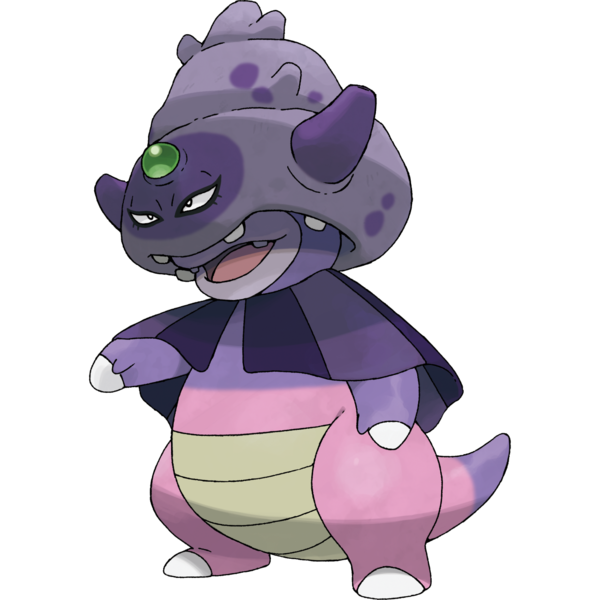 As soon as the possibility of a Slowking variant was ever on the table, I specifically hoped it would make the Shellder more of a focal point as the main "face" of the design, and that's precisely what they did. Diving headlong (haha) into the original Pokemon's parasitic underpinnings, this Slowking's toxic, super-intelligent Shellder has completely engulfed its head and now controls the entire body! It's like a Slowking Headcrab! Interestingly enough, the result is also a creature themed around "medicinal" poison, concocting potion-like toxins in its shell that can either harm or heal other Pokemon. The design twist is kind of what I always wanted Slowking to be in the first place, I love the typing, I love the darker motif and I love the tubular new horns that can actually squirt its new toxins!

...So you might be surprised to find that I actually still find some flaws with this Pokemon. 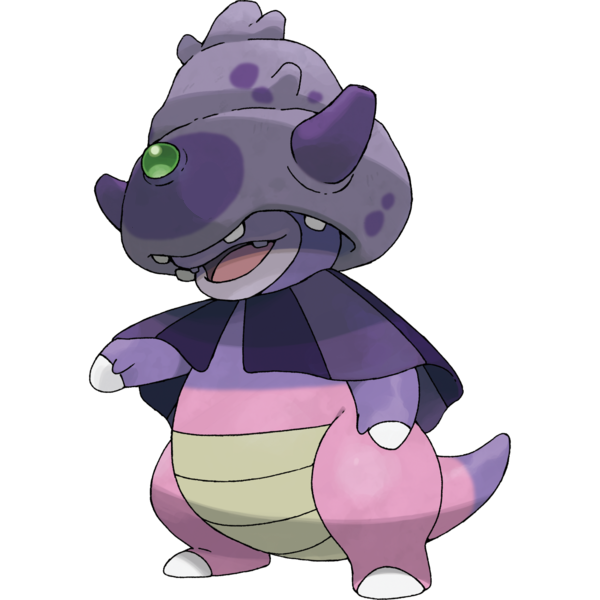 For one thing, I would have liked this better if the eyes of the Shellder were still facing the other way; I realize having the Shellder face us plays into the idea that it's taken over as the head, but in a way, it kind of backfires, because the design looks a bit more like the Pokemon is simply wearing a strange helmet or a mask. If we saw neither creature's eyes from the front, it would more immediately communicate that there's some weird "mind control" going on here, and remind us that the Shellder is its own creature. It's not like a psychic creature needs to see where it's going! I can also say, even as someone who stuck up for "human archetypes" as Pokemon designs, that I'm finally feeling altogether burnt out on them. The original Slowking always had a turban-wearing "mystic" or "fortune teller" angle, but something about it still felt more like an animal that just "happened" to evoke a person. With its medicinal magic gimmick, eye design, and positioning of the gem directly above those eyes, Galarian slowbro plays up sort of a "Hindu" magician look just enough that I find it a distraction. I don't know one way or another if it's a "tasteful" use of this motif, either, but I know it makes the Pokemon feel less like a cool, natural symbiosis between two wild species and much more like a "character in a costume." One more thing really bears mentioning, too, and that's the fact that after the reveal of a "bad tasting" Slowpoke, we were given this heavily censored teaser image of Galarian Slowking, as well as an image of Slowbro hiding only the Shellder-gun. So, we knew this was a poison type line, we knew the Shellder couldn't stomach the tail, and Slowpoke sure does look like it has the same "spicy" sheen on its head end, too...so what exactly was biting Slowking? Did this evidence not point to it being something other than Shellder?

We could already see from this image that it engulfed much more of Slowking's head, which was already fascinating. Surely what lie under the purple marker must be an even bigger shock, and many fans drew a truly wonderful conclusion that seemed precisely zany enough to be plausible: Would a Koffing-headed Slowking not have tracked perfectly with all this build-up? And could it not, as I've hastily doodled, had virtually the same characteristics as the canon design anyway, except just not another Shellder? I knew it was too good to be true, but the Galar region now holds the record for Pokemon that would have joined my top favorites if their evolution line had only taken a different course. In fact, I think it has more instances of these hypothetical 6/5's than the rest of the franchise combined. Ouch.

I'm still going to give this one a 5/5 and can still say it's one of my favorite things this gen because POISON SLOWPOKES, but I definitely could have liked it a lot more, in some instances with only relatively minor tweaks, and it also could have been just a little less redundant; there's now Slowbro, Slowking, Mega Slowbro, Galarian Slowbro AND Galarian Slowking running (or I suppose lounging) about, all of them part psychic type and all of them just doing something a bit different with another spiral-shaped Shellder. We likely won't see another variant on them for a very long time, if ever, so it kind of feels like they squandered their chance to do something much more novel with an old classic.