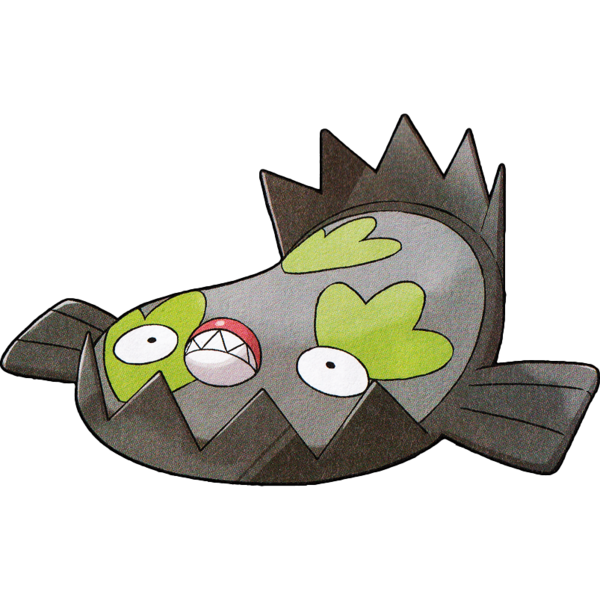 The very last Galarian form is at least one more nice surprise! While I felt it could have been a little better designed, I have always appreciated Stunfisk quite a bit, and its new ground/steel form marvelously turns a flatfish into a bear trap! I have always wanted a Pokemon directly modeled after one of these things, and I even had one in my fan-region that I guess I'll now have to replace...or maybe not. I mean, we just went over the fact that they made a yeti two generations in a row. My bear trap Pokemon was steel/poison, shaped like a carnivorous plant, and rusty all over, thanks.

This chomping metal flounder also has lovely little piranha-teeth in its mouth, which in turn is modeled after a pokeball and used to lure prey, just like the Voltorb and Foongus lines!

The only negative here? The green patches. I know they're meant to look like mossy camouflage, but I think they just break up the design a bit too much to my liking, and I think it's because they're neither uniform enough nor irregular enough. If they were shaped more like random blotches instead of puffy cartoon leaves I'd have liked them a lot more. Or better yet, make them brownish orange, you know, like rust! I just really want a rusty-looking steel type, okay!? We've got Dhelmise, but that's a grass/ghost wielding a rusted object! That's different!