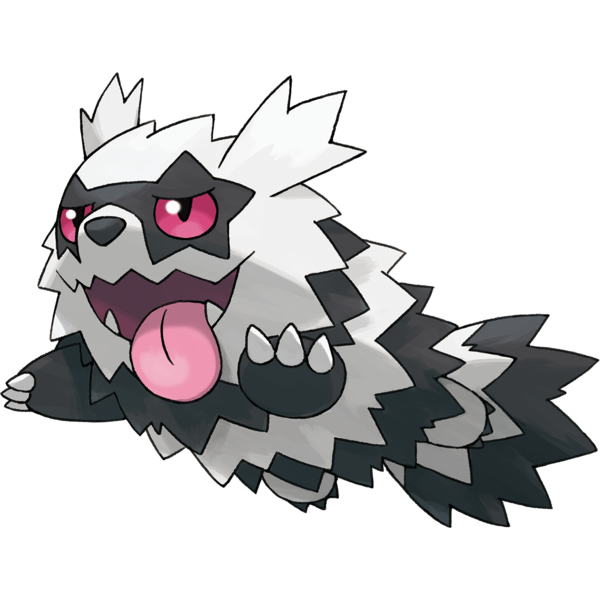 Highly unexpected, but all the Galarian forms have been, haven't they? Almost none of them were given to pokemon that were already popular or powerful, and I am very much here for that. Galar's Zigzagoon is a dark/normal Pokemon, and it's said to be the "oldest" form of Zigzagoon, the "original" I guess. Its black and white color scheme is very cool looking, and it has a much more entertaining face on it! 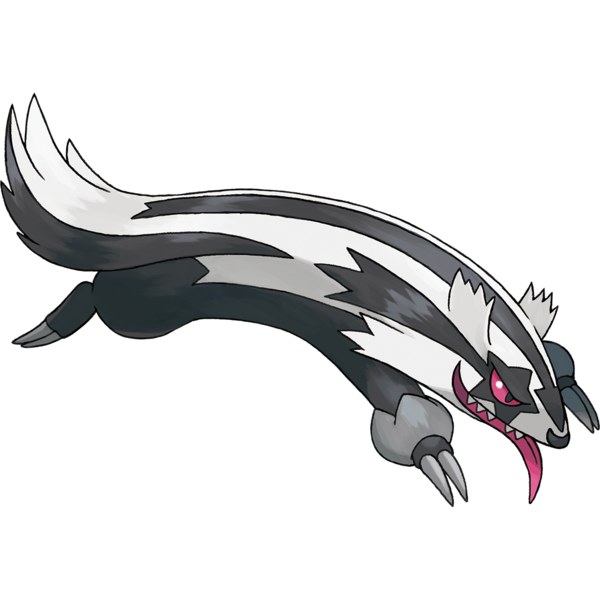 Galarian Linoone is more of the same, but with an outright conniving expression. I love that weasely, toothy smile! Significantly more interesting than the relatively realistic and stoic-looking Linoone of other regions. Both forms get a three and a half out of five from me...and then, they evolve further if they've level up enough at night! 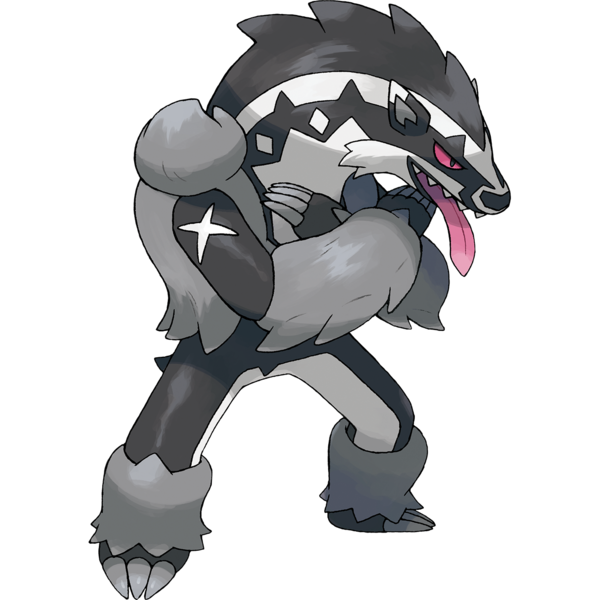 You know, it's pretty weird that a non-anthropomorphic Pokemon has a variant that evolves to be anthropomorphic. And you're telling me this line is how Zigzagoon was "meant" to be? How does Obstagoon here feel about the fact that its cousins in distant lands have degenerated into permanent quadrupedal beasts? I guess it probably doesn't care much, because it looks like it doesn't have a care in all the world.

Obstagoon seems to be a reference to the band Kiss, which may be because Galar is based on Britain and Japan just thinks of British and American rock music as a single interchangeable entity. With or without the visual gag, it's a very striking and immediately memorable Pokemon as far as furry bipeds go, though I feel like its humanoid stance clashes a little with the smooth hunch of its animal head. It really could have stood to have a beastlier posture, more like how a baboon holds itself, or something.

Speaking of African wildlife, it looks a whole lot more like some sort of hyena creature than a raccoon, weasel, badger or whatever the heck this Pokemon line was originally going for. I'm still gonna give it a 4/5 because it has an entertaining edgelord look we haven't had in too many of these anthro-mammals outside Incineroar.