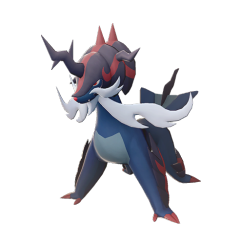 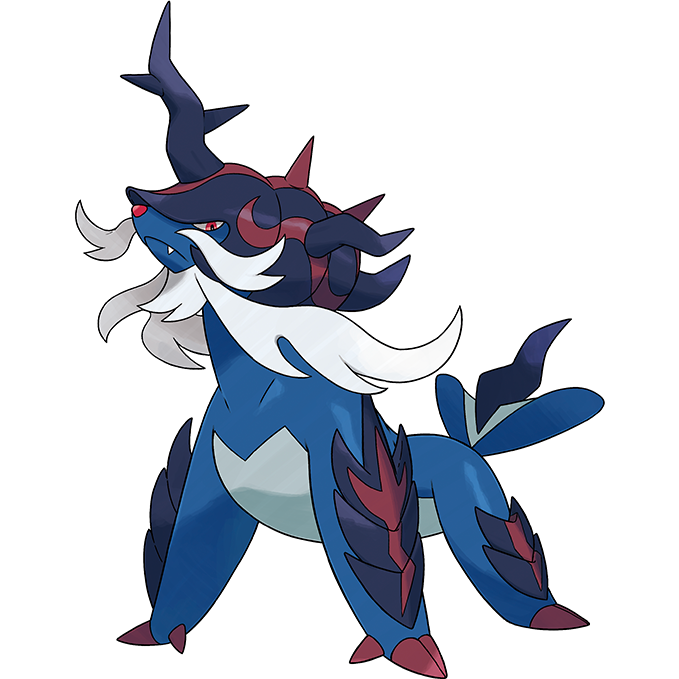 I know this wasn't how I did it for previous regional forms, but I've decided to skip over those that evolve into totally new species for now, and save them for the end since they're both more exciting to review and because they technically occupy new Pokedex slots.

So, the Hisuian water starter is Gen V's Oshawott, and its final evolution into Samurott now gains dark typing. The pale seashell armor of its classic look is now black with red striping, and the shape of the shell on its head is even more jagged and irregular. Its body is a darker shade of blue, too, and even its facial hear is a little curlier and more villainous looking. Hisui is basically supposed to be a harsher, wilder environment than we're accustomed to in the series, with deadly freezing weather, so the idea is that Oshawott in Hisui grow up more "hardened" and ruthless. Decent concept, and once again a bit nicer looking than its default form.