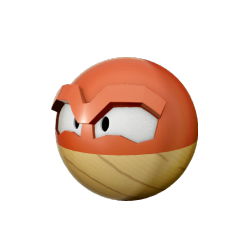 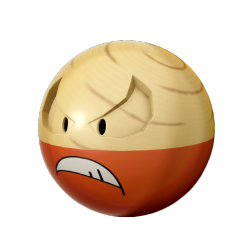 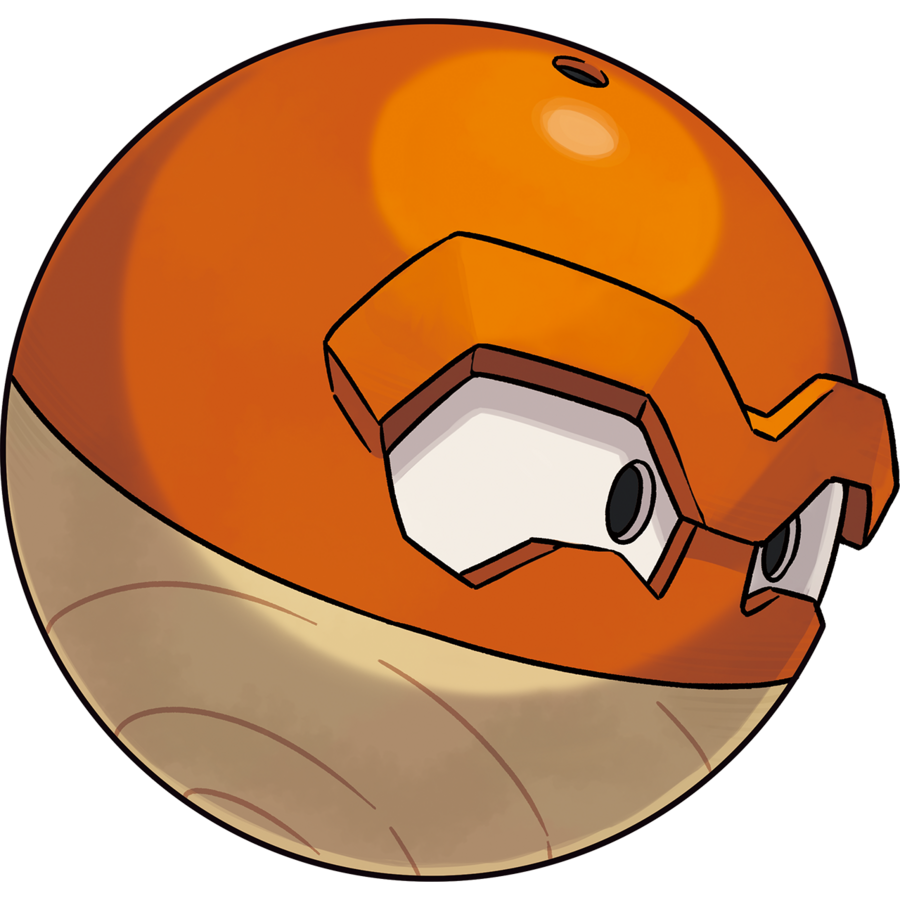 Oh, I get it, it's an "older" Voltorb so it looks like one of those wooden "apricorns" already established to be the first pokeballs. This form is electric/grass, which is appropriate, and kind of settles the debate as to whether Voltorb evolved to "mimic" a pokeball or the first Voltorb was a pokeball that actually came to life. If it were just a mimic, I don't think its typing would reflect what local pokeballs are made out of, would it?

It's kind of cute that while the "modern" Voltorb are known for being temperamental, Hisuian Voltorb are apparently more good-natured. They still explode, but only because they think it's funny. 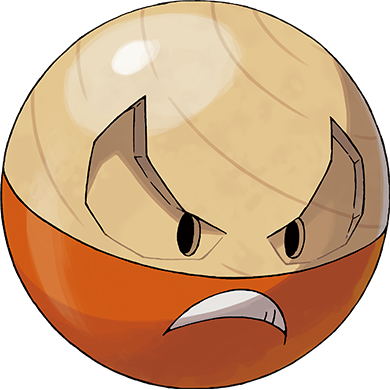 Conversely, Electrode has always been depicted with a happier expression than Voltorb, but Hisuian Electrode is an angrier and more aggressive orb. I kind of like its face a little better than the original Pokemon, but only marginally. It's nice to have any variations on this line at all, but I'm really surprised they still don't also come in various Pokeball styles.