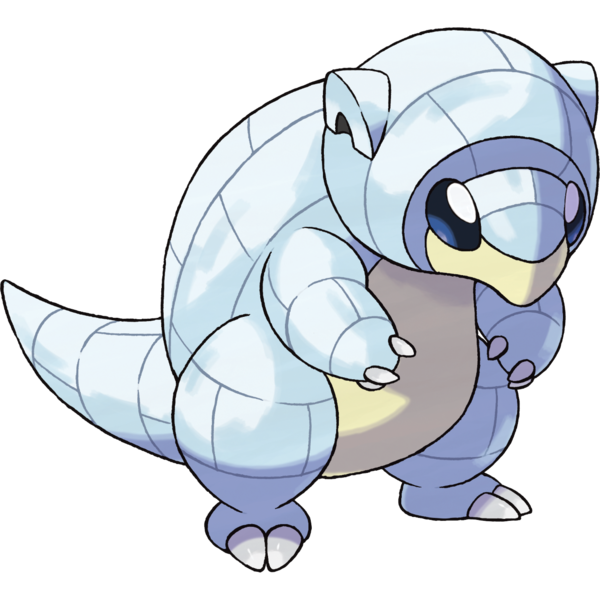 Today we meet one of the weirder and wackier Alolan pokemon, especially for a traditionally hot, tropical environment. Way, way up in Alola's mountains, one can find an ice/steel variation on Sandshrew, whose name no longer makes as much sense, but I gotta say, an ice armadillo that looks like a little igloo is such a superb concept for a pokemon that I like it easily twice as much as vanilla shrew. 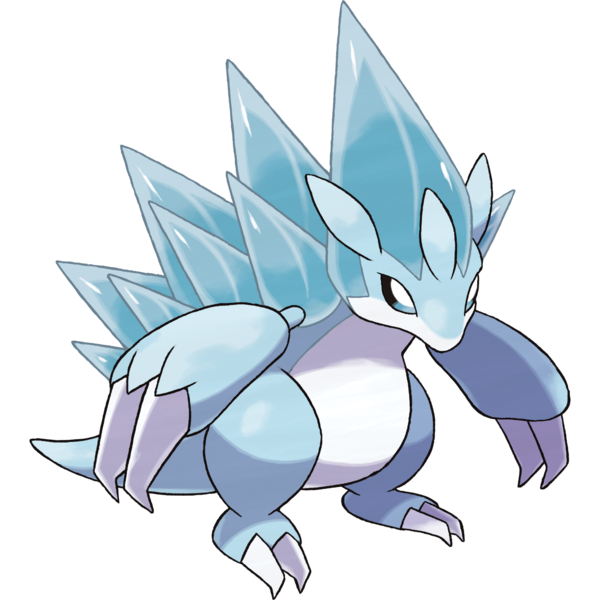 It's too bad, then, that the igloo aspect must be dropped for the expectedly spiny Sandslash, and while the color scheme is nice, I can't say I dig this thing's giant icicles as much as the pangolin-like scales it used to come with. The igloo thing was so novel that I kind of just wish we had some entirely new igloodillo (armadigloo?) pokemon instead, but, I still can't completely fault an ice/steel Sandslash. It's just rad.