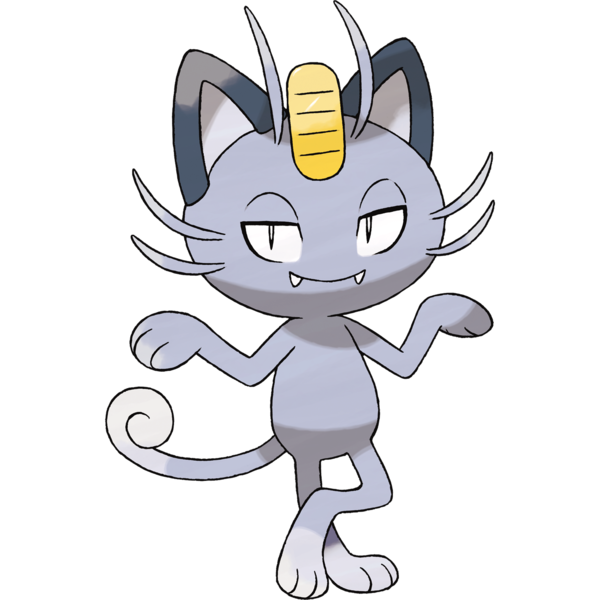 One of the first Alolan pokemon revealed, the always lovable Meowth takes a page of Rattata and becomes dark type in Alola, which makes sense, since housecats cause just as much trouble for island fauna as imported rats. There's even one famous case in which an entire species may have been exterminated by just one pet cat over the course of a few years, and now you have the absolute perfect nickname for your Alolan Meowth, too.

With its shifty eyes and cool, grey color scheme, Alolan Meowth proved fairly popular with the fandom almost overnight, and speculation ran rampant on what its evolution might be like - many expecting something lithe, menacing and panther-like. 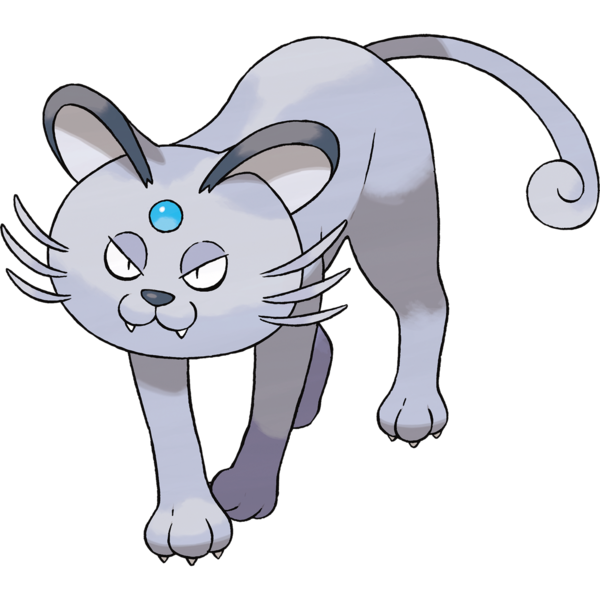 ...Instead, we wound up with what's essentially dark type Garfield, and the pudgy-faced Persian was almost immediately as reviled as Meowth was embraced.

But I, for one, find this cartoonier design much more fun than Persian classic, and much more befitting of a spoiled, overfed island feline. Anyone who really spends time around cats knows that they aren't nearly as graceful and sophisticated as so much fiction would have us believe anyway. This is the true face of the felidae.