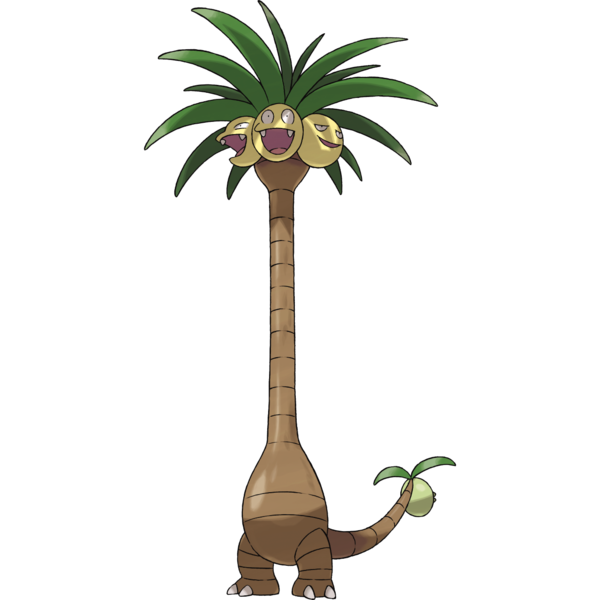 Here they are, folks, arguably the very poster child(ren?) of the Alola region, the regional variant that captured the hearts of millions around the world. Up until now, the grass/psychic Exeggutor was just a very strange and very cool but wholly unappreciated pocket monster...but evolve an Exeggcute in Alola, and it takes on what's rumored to be the creatures "true" form - a ridiculously elongated, towering palm tree that's also half dragon type, likely in reference to Hawaii's own Dracaena cinnabari, or dragon blood tree.

All the surreal hilarity of this head-growing tree monster feels kicked into overdrive by the simple extension of its "neck," or rather trunk, just slightly tall enough to be completely silly and completely unlike the dimensions of any other Pokemon on record. 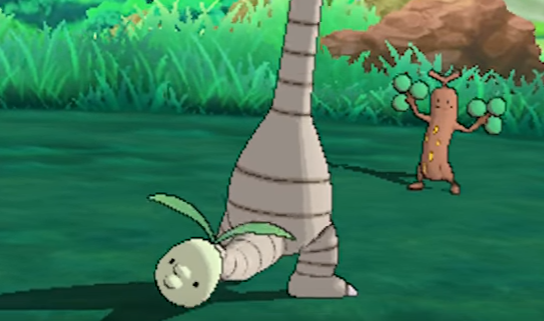 To top it all off, the dragon tree develops a "tail" branch tipped with one more egg-head, sporting an entirely different face. This is apparently a necessary adaptation to protect Exeggutor from sneak attacks down at ground level, but there's nothing to explain why it looks so much like Gulpin.

The best part of all this, of course, is that Alolan Exeggutor's primary attack method is to simply swing itself like a hammer and smash an opponent with its heads. Do you know how many people die every year getting conked with fallen coconuts? It's significantly more than the number of people who get killed by sharks. Alolan Exeggutor is a killing machine.

A big giant tree with a bunch of heads can just smack you like a flyswatter.