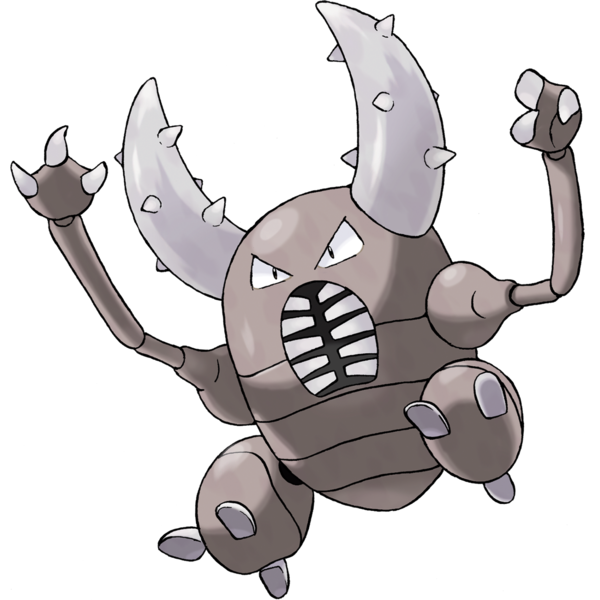 I enjoy basically every single thing about this one-off bug type. The interestingly round legs vs. the long, gangly arms, the thorn-covered "horns" that are actually huge mandibles, and most of all that terrifying mouth, a gaping hole in its front with teeth that look more like an exposed rib cage. Pinsir might be one of the coolest and most monstrous-looking of all bug types, though like Scyther, I do have a very minor sticking point here. Pinsir supposedly represents a stag beetle, and in this case, I don't actually mind how it deviates from the real animal since it still captures all the basic details that make a stag beetle look cool. However: 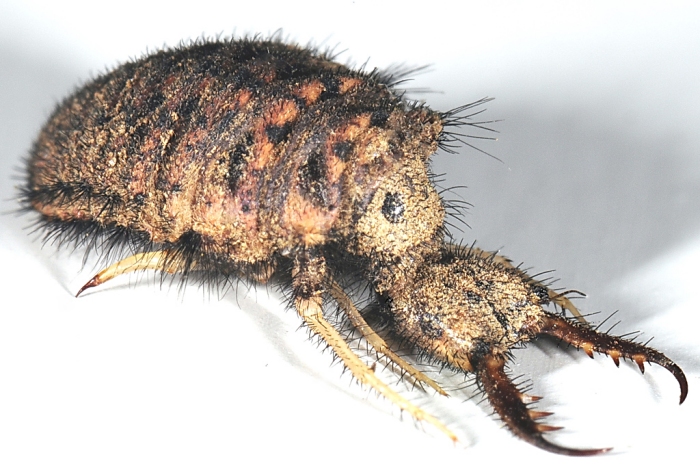 Mike Keeling
From the moment I saw it, I thought for sure that Pinsir was supposed to be an antlion, one of my favorite animals since early childhood. Pinsir has the pale, sandy color scheme, the sort of egg-shaped segmented body, the longer forelimbs, the spinier jaws and an overall more predatory, sinister appearance far more suited to an antlion than a beetle, and these pit-building larvae are certainly popular in Japanese media already. Pinsir doesn't even have elytra, or any wings at all, which all stag beetles possess in their adult stage!

I love Pinsir, but I'd just love it even more if it were of the Myrmeleontidae, and I know nothing's stopping me from interpreting it as such myself, but that's just not the same!

We would later receive an explicitly antlion-themed pokemon, Trapinch, which I also love to pieces, but its evolutions just aren't as appealing to me, even if they logically follow the life cycle of their basis. 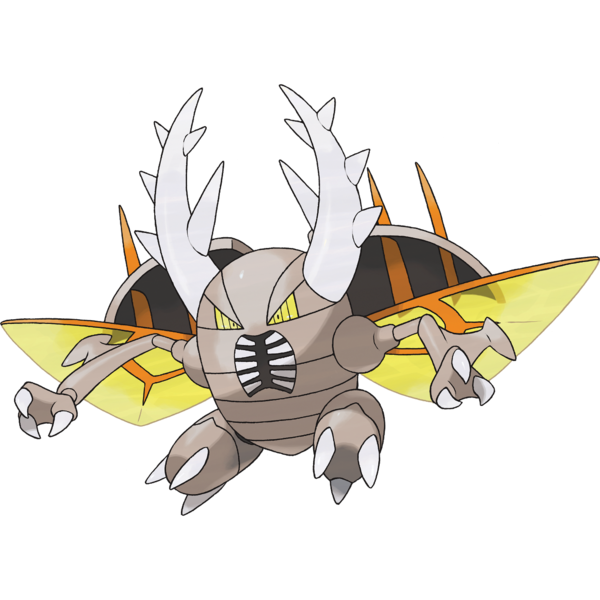 I was, of course, still delighted that the unloved and seldom-used Pinsir was eventually given a Mega evolution, even if there's no way to headcanon this winged fiend as a larval doodlebug. This is nonetheless a mega that primarily expands on what made the original cool. The wings are attractively colored, the bladed elytra are interesting, the feet look geared entirely for swooping down and stabbing prey, the horns are even pricklier and I love the deranged fury in those segmented, yellow eyes.

Just looking at its sprite again, I feel like Mega Pinsir has to be about as menacing as a pokemon has ever been. It's at least a tie with a few others out there, but this is definitely one pokemon you see heading your way and barely have time to think "welp, I'm sure having a closed casket funeral."

Mega Pinsir looks like nothing so much as an insectoid demon buzzing up from the pits of hell on judgment day.

A big weird bug that looks like it would dance in your entrails. It's an angry dance. Not even angry at anything in particular.