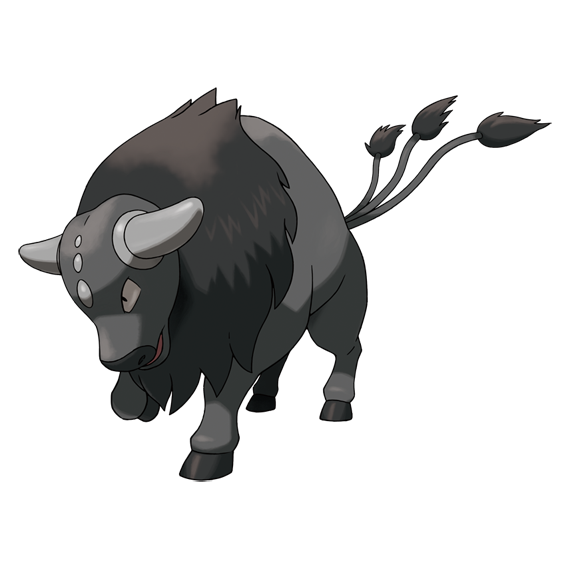 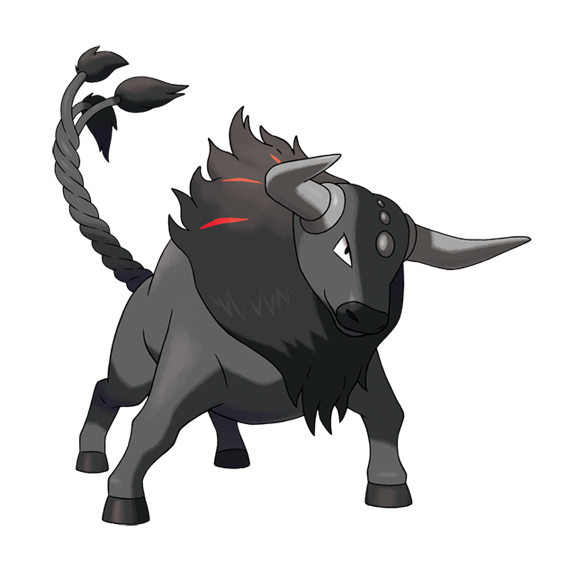 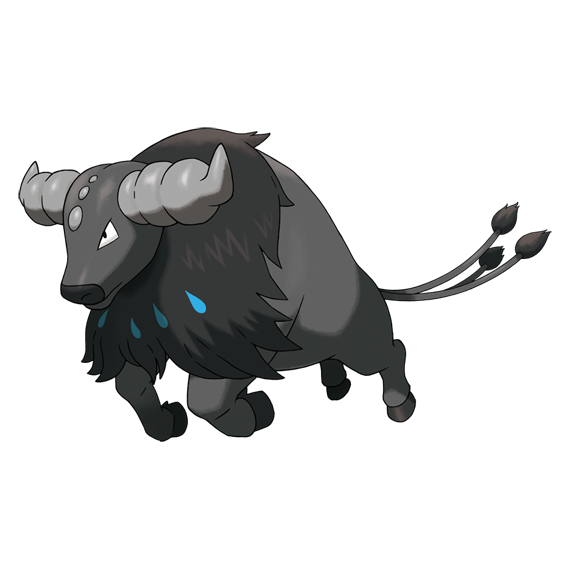 So I'd always done these in pokedex order, which means putting regional forms before brand new Pokemon, but only two Pokemon received actual regional forms in Scarlet and Violet; one has a brand new evolution with its own pokedex number, so I'm going to cover it later. The other is Tauros, which certainly deserved a little attention and gets a regional form with three varitions: fighting type, fighting/fire, and fighting/water.

I'm sorry to say I find these so underwhelming, however, I completely forgot to begin these reviews with them and I probably shouldn't have anyway; I uploaded Sprigatito's review first, and now I'm adding these in after the fact. They sure are Tauros colored black, I guess? I'm pretty sure any big fans of Tauros are glad to have something and might prefer this cool all-black look, the image most of us have in our heads when we think of a bull, but I'm sure fans would have preferred it have a regional evolution or for the three variants to differ a little more visually. They basically just have slightly different horns is all.

If I must pick a favorite, the Dex says water-type Tauros is extra buoyant and sprays water from its horns both to attack its enemies and to propel itself while floating on water, which is a HILARIOUS image. They don't actually do it in the game's open world, which is sad, because seriously imagine a whole ass bull floating in a lake, zipping around like a motorboat as jets of water shoot out of its horns. That's preposterous. The horns, however, are clearly designed pointing forward, and it's implied it would be spraying water forward as an attack, so do the horns rotate around for the propulsion or does it just jet backwards like a nautilus?

I think such a classic, easily overlooked Pokemon deserved something a little showier, personally; the fire variant ought to at least have a fiery-colored ruff, for instance, or make the horns themselves a couple of flames. Fighting type should have had the largest, bulkiest horns or even a helmet-like armored head. Water, finally, would have rocked if it looked a little more like it evolved toward amphibiousness, like having even a subtly more aquadynamic body shape or broadened paddle-like hooves. As they stand, I find them forgettable, and I think I'd be especially underwhelmed if Tauros had been one of my top favorites.