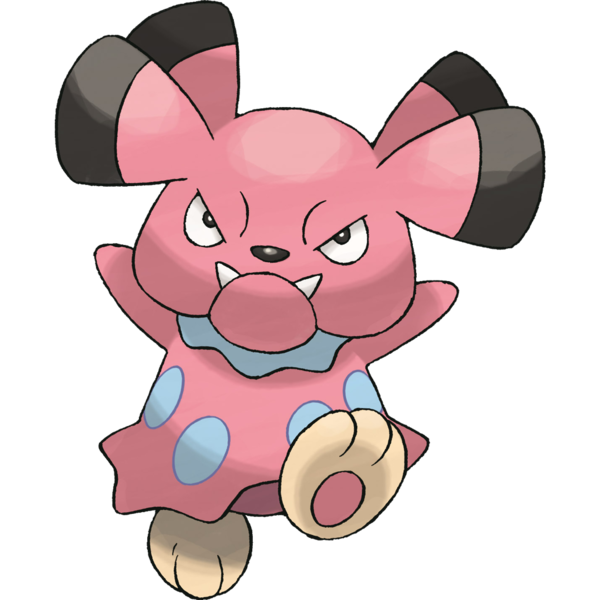 Pokemon fans haven't changed all that much these two decades; I vividly remember when Snubbull was one of the first leaked new pokemon with an English name, and it split the fandom asunder. Seriously, I was around for whole debate threads over Snubbull being the ugliest design anyone had ever seen, and allegedly having the worst possible name. As outrageously varied as Pokemon have gotten since, this seems almost unbelievable, but there was even a sort of meme going around where somebody would swear they had access to even more leaked names, and they just named every single Gold & Silver pokemon Snubbull.

I never got the fuss. Snubbull is a cute enough name, rolls easily, and perfectly suits a snooty pink bulldog. I love Snubbull's weird little "dress" and "collar," presumably fur but awfully fleshy looking if you ask me. Once a normal type, Snubbull is now the game's most pugnacious looking fairy. 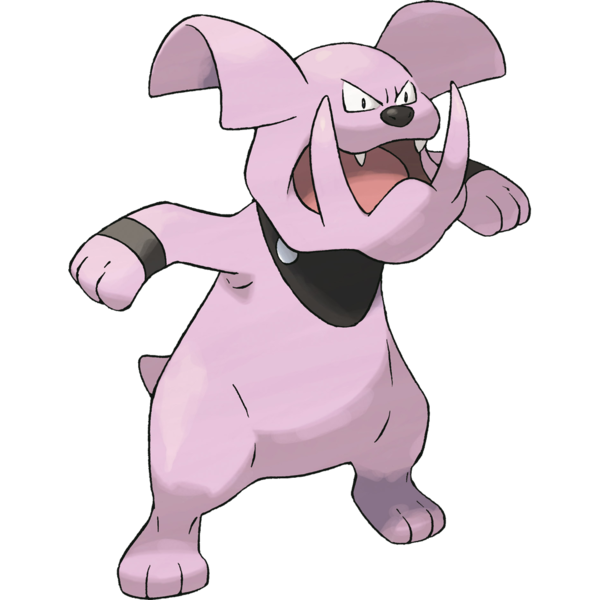 The new fairy typing makes Granbull even more delightful, being one of the last animals you might associate with the type. I now can't help reading it not only as a bulldog, but as some sort of troll, orc or ogre. The size of its underbite, huge tusk-like teeth and bipedal stance all set Granbull far apart from other dog pokemon, looking just a tad more like something out of Looney Tunes or Tom and Jerry.

I always liked these two bruteish yet colorful canines.