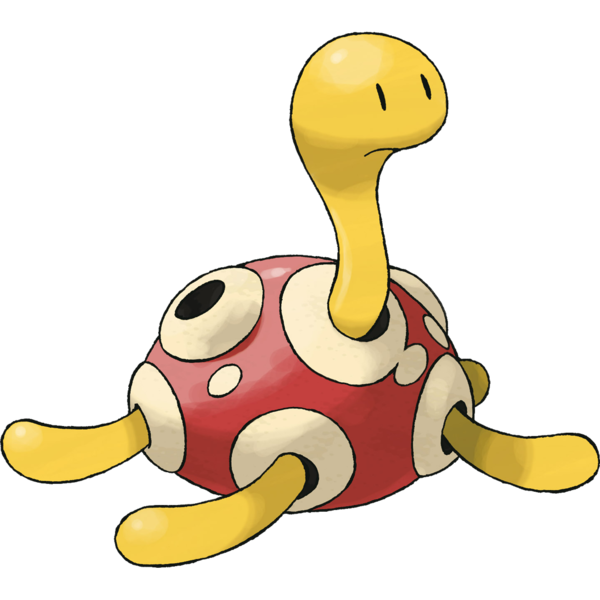 Today's pokemon is another oddball non-evolver, but far from overlooked or neglected; it's hard to forget about such a tiny, humble critter with such enormous defensive stats and an infuriatingly obnoxious movepool. With its incredible resilience, the strange little bug can liesurely set up hazards like stealth rock and sticky web or even simply outlast an opponent's very patience.

We're not here to talk gameplay mechanics, though. We're here to talk conceptual design, and Shuckle is one very unusual little thingamajig. It's both a bug type and a rock type, but it looks more like some sort of martian turtle, its globose shell pocked with holes from which it can protrude gooey-looking noodly appendages and an almost worm-like face. I've devoted an entire article in the past just to figuring out what kind of organism Shuckle could possibly be, and I pretty much turned up squat. I think I just have to concede that Shuckle came about before Pokemon were almost always direct references to something in the real world, and represents a completely fanciful monster that just happens to be a bug type...though I'd still love to interpret it as a shelled amoeba. There isn't much more I can say that isn't already covered in the old review, except that if they ever have a Mega Shuckle, I hope it breaks out of its shell and shows us how many of those noodle arms it really has. What if it's just a big, gooey koosh ball of them? What if that isn't even its only head??