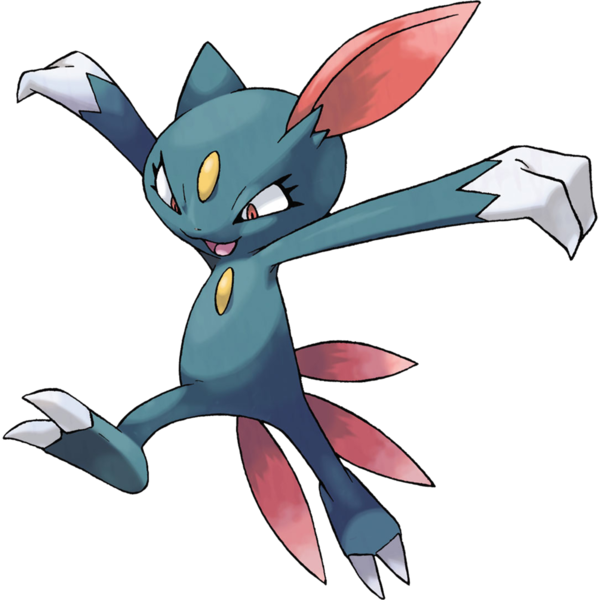 This review is going up May 2016, Friday the 13th. What were the odds that would not only coincide with a dark type, but a dark type resembling a black cat? That's what everyone assumed this one to be, anyway, but despite its very cat-like design, Sneasel's inspiration seems to be Kamaitachi, the "sickle weasel," a youkai that's supposed to wound people with its claws before it's ever actually seen. "Sneasel" is thus derived from sneak and weasel.

So, why is it also an ice type? Kamaitachi was also said to travel on freezing winds, and in fact, the entire concept of the youkai is just a dramatization of the frostbite a cold, mountain wind can inflict if you're not careful!

While not at all resembling a weasel, I do like Sneasel's impish design, and its asymmetry is interesting. I'm not sure what the single larger, red ear represents, but it's unique, and it gives Sneasel a sort of scrappy feel to it, like maybe the other one got sliced off. 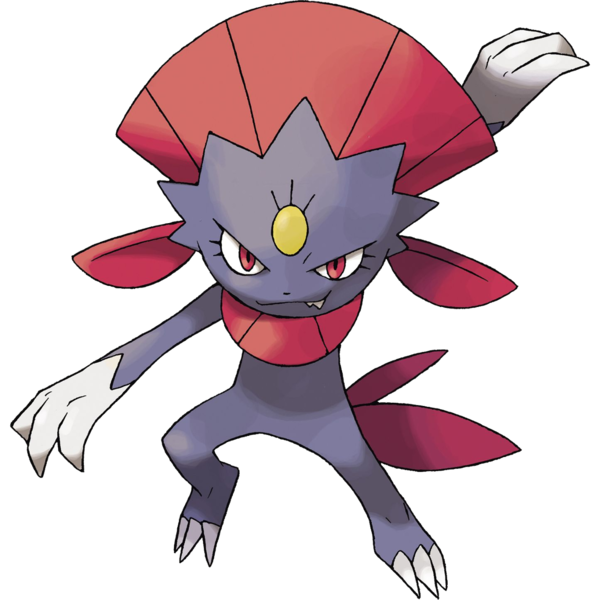 The Diamond/Pearl addition of Weavile brought Sneasel back into competitive vogue and made its name even weaselier, but I kinda miss that asymmetry. It also has three-clawed hands, which aren't as interesting as the two claws of Sneasel, but that's a minor gripe. If you liked Sneasel, you probably like Weavile well enough, which thankfully keeps the cute, cartoon kitten-like proportions. Meowth could have learned a lot from this evolution.