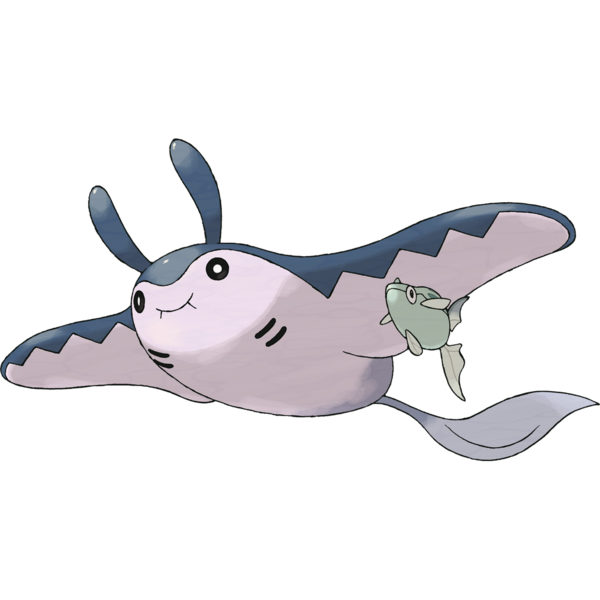 A ray of any sort felt sorely missing from the first generation's selection of water types, and I can't imagine a much better design for a manta pokemon, capturing all the majesty and sweetness of its inspiration with a face just weird enough to still feel appropriate to a cartilaginous fish. Unfortunately, Mantine is going to take a bit of a backseat here in its own review, because I have a great deal more to say about Mantine's little friend there. In official art, Mantine's got a Remoraid clinging to one of its fins, just like a real-world remora, but its portrayal has been weirdly inconsistent over the years. 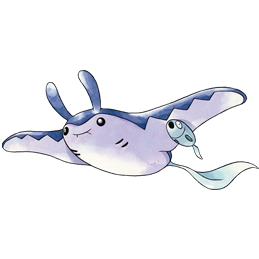 Mantine's earliest artwork featured a Remoraid with a uniquely divergent design, somewhat closer to the shape of an actual remora, which was pretty interesting - almost as if a Remoraid evolves along a different path when it attaches to a Mantine, like Shellder does when it bites onto a Slowbro.

Not only was this dropped in later artwork, but the Remoraid was dropped completely by all sprites of Mantine after the third generation, which is strange, because... 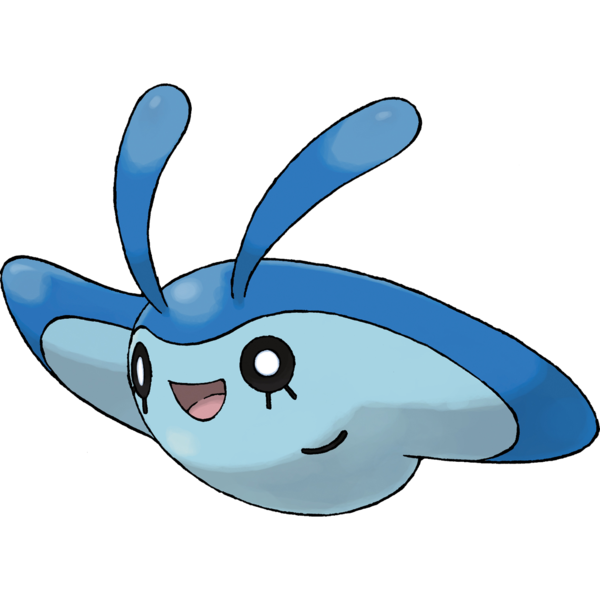 Mantine received a baby pokemon in Diamond and Pearl, Mantyke, which only evolves into Mantine if you have a Remoraid in your party. They decided to incorporate the Remoraid symbiosis into actual game mechanics, at the same time they decided to stop actually portraying it in-game.

What do you have against Remoraid and Mantine's love, Gamefreak??