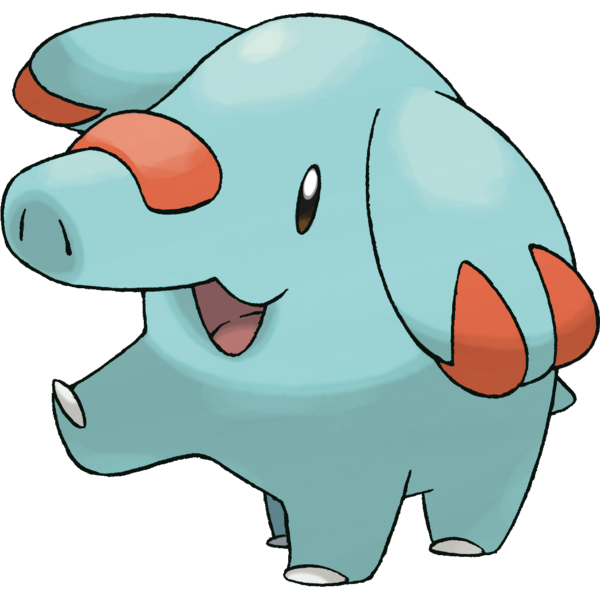 An elephant was another of those basic, fundamental animals we all saw coming since the first generation, and it's a shame this ground type line feels as forgotten as it does. I really like pokemon's first pachyderms. Phanpy is adorable! The orange pieces feel kind of unnecessary, but look at that little face! 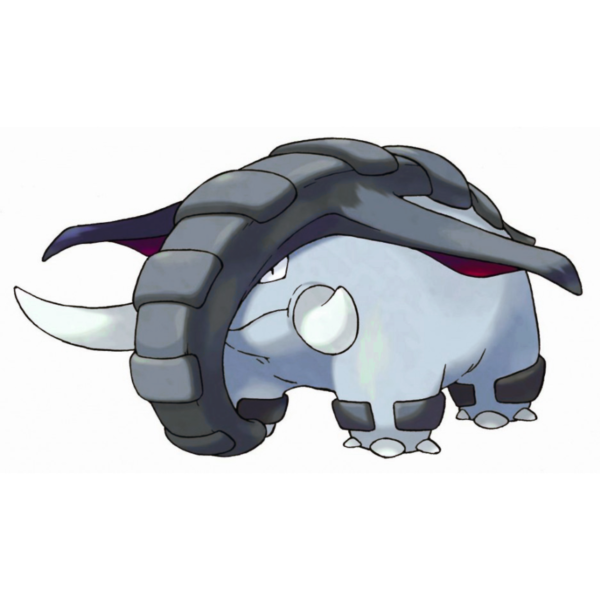 Interestingly, Donphan is not an especially large pokemon. Every kid knows elephants as those ridiculously big land mammals, the biggest alive today, but Donphan is only about three feet tall! It kinda feels like an evolution is missing here, like there was totally going to be some humongous tank-like elephant introduced in Diamond and Pearl, but instead they decided Piloswine should evolve into a pig-mammoth. Why couldn't we have just had both?

At least Donphan is a really cool looking creature. From trunk to tail, its leathery back looks like one big tire tread, and that's exactly how it works; this is an elephant that rolls up into a wheel, like an armadillo, and barrels over its opponents. That is SO cool, but again, absolutely begging for an even bigger evolution, maybe with spikes all along it. Where's my bone-crushing tank-tread elephant, Gamefreak!?