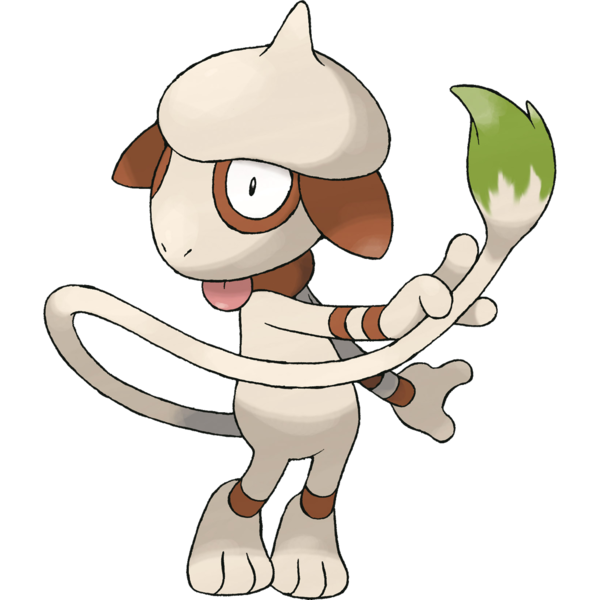 I actually rather like how many domestic dogs are in Gold and Silver, running the gamut from cartoonish pink bulldogs to frightening devil-hounds, and then there's the delightful weirdo that is Smeargle. First, this normal type has a design that's both stylishly cool and adorably comical, looking like a pale, slightly glum little French painter. It actually paints with colorful body fluids secreted through its tail, which is as gross as it is cute. All the pokedex really tells us is that it uses this to mark its territory with "more than 5,000" possible symbols, which is interesting, but does nothing to explain Smeargle's in-game properties.

The only move Smeargle can learn is sketch, which when used, permanently changes into the last move used by the opponent. Permanently. Smeargle learns sketch exactly ten times, every ten levels, giving the player ten chances to toy with Smeargle's moveset. It can literally have any four pokemon moves in the entire game, no matter how powerful, no matter how unfair in combination, which makes its fairly low stats and lack of an evolution rather merciful, more than anything. What's actually happening remains a mystery; it just seems Smeargle is a pokemon capable of learning any other ability after it paints a nice picture of it with its super-special reserve paint.