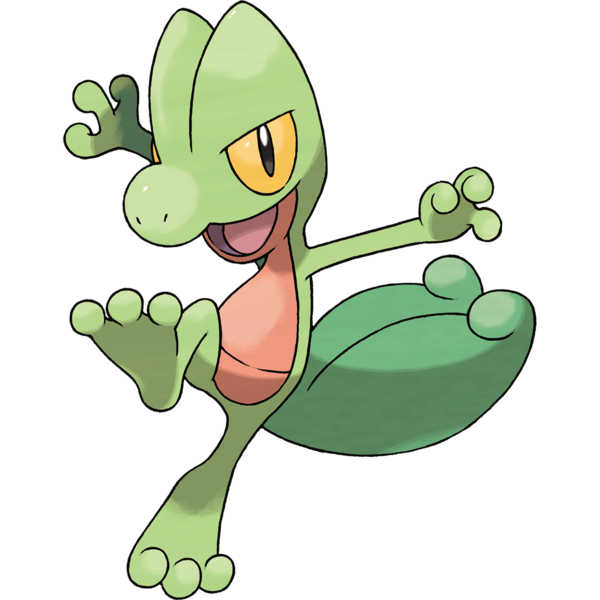 It's the grass starter of a whole new generation! The pokemon equivalent of a fresh-cut lawn! Treecko is a lovable leaf-tailed gecko lizard, with perfectly geckoey sucker-toes and huge, nocturnal yellow eyes. It's great to finally have a lizard pokemon that just sticks to "lizard," too; of all the reptiles we've seen, the only other lizards all evolved into dragon monsters. 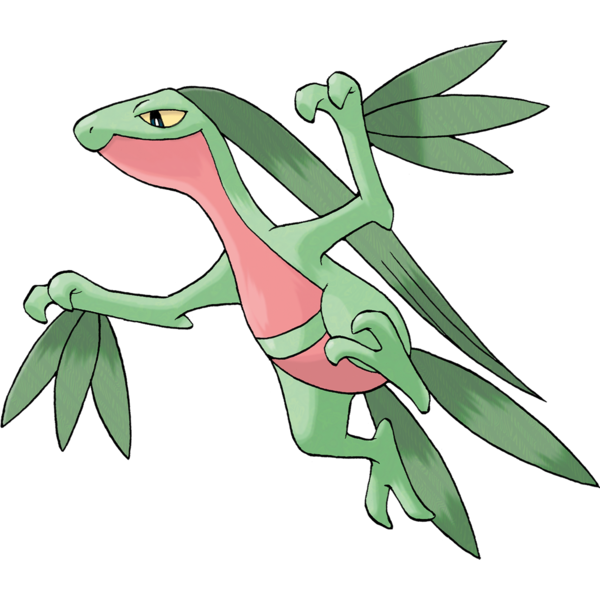 Treecko's first evolution, Grovyle, is a major fan favorite for its more dinosaur-like apperance, the leaves on its forelimbs now evoking the feathers on a deinonychosaur. In fact, Grovyle is so well loved for its "feather dinosaur" appearance that it seems a lot of people just refuse to ever evolve it. 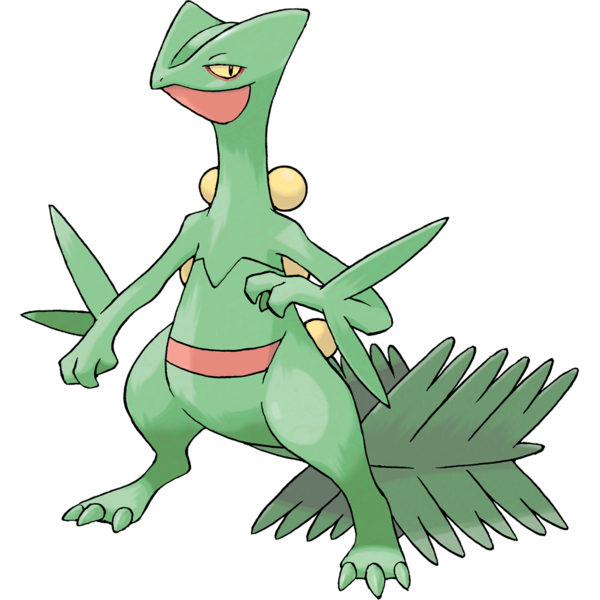 In my book, though, Sceptile is darn cool. The incongruous stripe on its belly is a little odd, but the giant club-moss looking tail is neat, and I like the cool, laid back look on its face. It's just as lizardly as a pokemon could ever be. 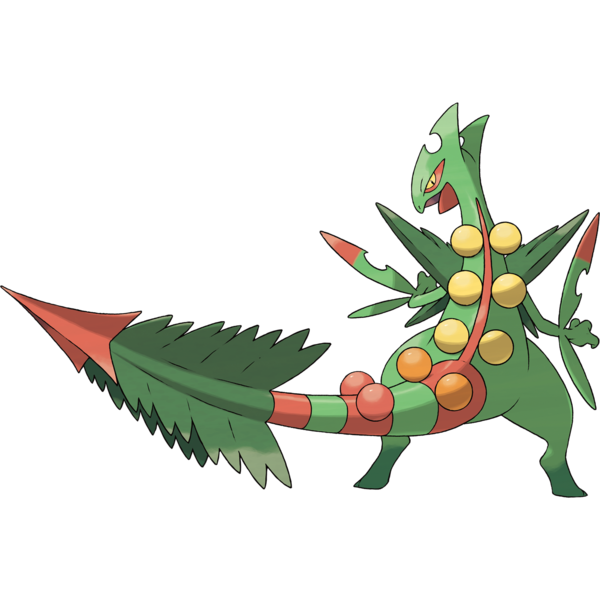 If you missed the menace Grovyle seemed to be moving towards, on the other hand, Mega Sceptile has you covered. It's basically just a much angrier, battle-damaged Sceptile, with bigger eye sockets and "chewed" looking leaves. More notably, its tail is now capable of launching and exploding like a missile. I love how that draws from a real lizard's ability to shed its tail, but it's gone from a defensive to an offensive measure.