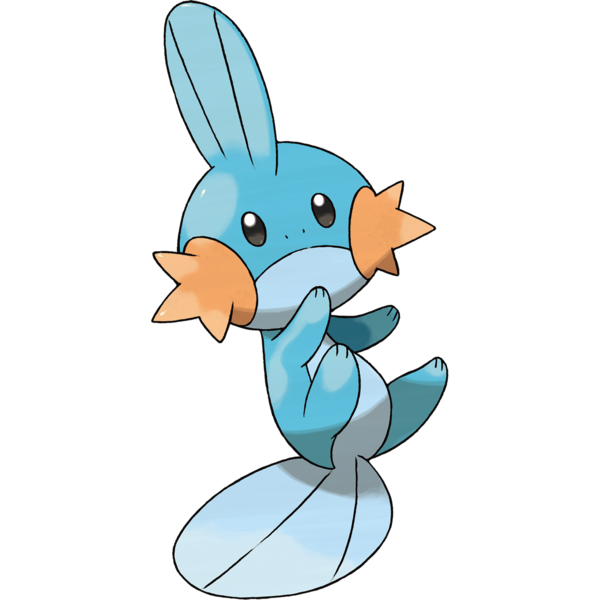 Wow, Mudkip. That takes me back. Remember when Mudkip was the meme to end all memes for what felt like a million years, at least in internet time?

But what IS a Mudkip? Treecko and Torchic are obvious, but Mudkip's animal basis might not be as apparent at first glance. It's known as the "mud fish" pokemon, and both its English and Japanese names are derived from mudskippers - it's just that Mudkip doesn't really look a whole lot like a mudskipper.
This is a shame, because a real mudskipper is one of the best animals in the world. Mudskippers are bony fish better adapted to maneuver on wet mud than in the water, even capable of climbing and leaping. As a type of goby, they've also got delightful goofy frog-eyes right on top of their heads like a Jim Henson puppet. I really wish Mudkip had at least kept the buggy frog-eyes, and didn't instead seem to borrow so much from a salamander larva. It's cute, sure, it's just not quite mudskipper cute. 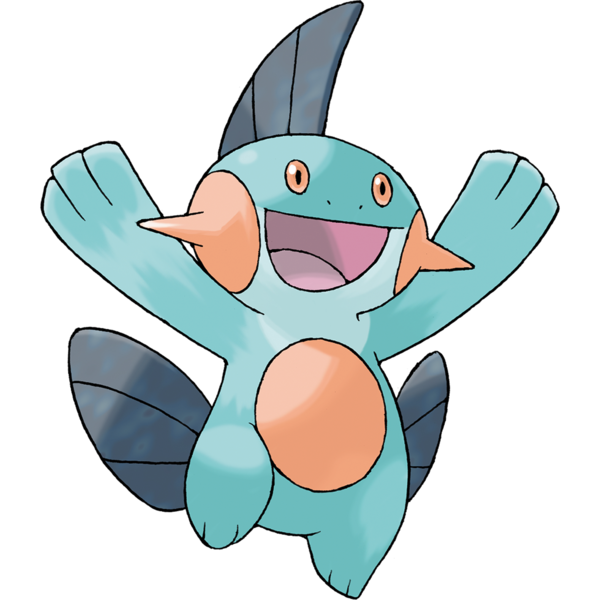 Marshtomp is another of those somewhat forgettable middle evolutions - I've seldom seen anyone talk much about it, or a lot of standalone fan-art without the rest of the line present. It's trying, though, and its goofier face certainly has its own appeal. 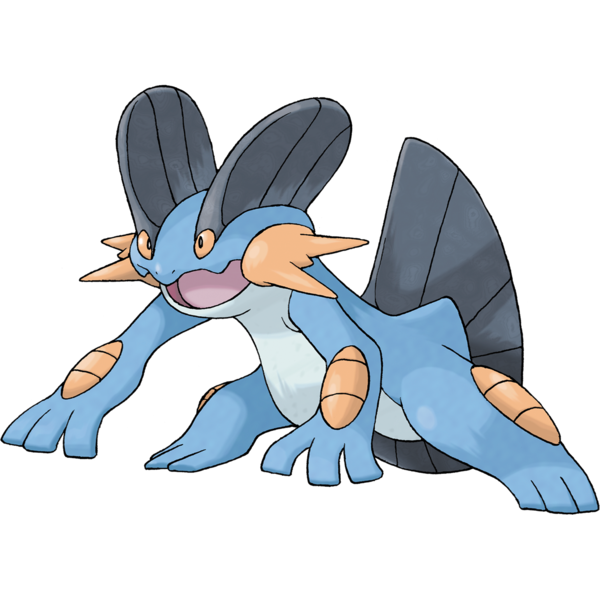 Mudkip's final evolution is the water/ground Swampert, and in addition to having the same typing, I constantly mix up Swampert's name with Quagsire. Doesn't this kinda look much more like a "Quagsire" to you? Oddly, I feel like Swampert manages to look a whole lot more like a Mudskipper out of the three, even if it basically keeps the more axolotl-like appearance of its predecessors. It feels like it has a fishier head, I guess, and I like how the eyes run into the two head fins, wich is slightly closer to the spirit of a skipper's bug-eyes. 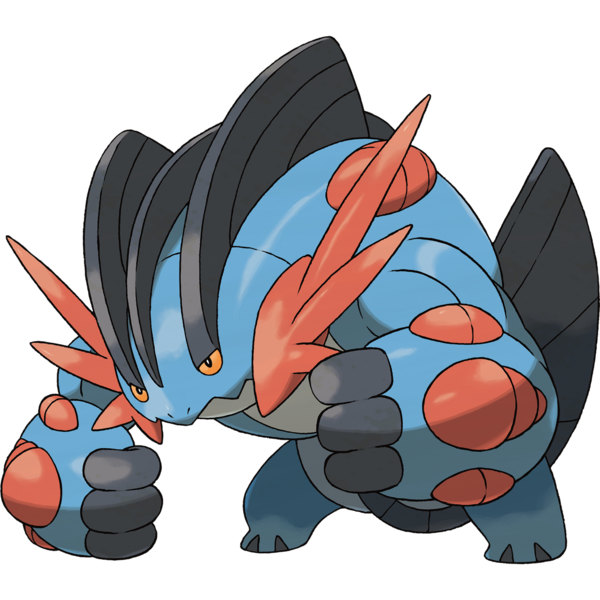 Mega Swampert, on the other hand, goes off in an entirely different direction. It doesn't play up anything the line seemed like it was moving towards and doesn't even marginally borrow from its basis, and yet, I actually like it quite a bit. I guess that's because this is the one pokemon you can most rightfully describe as a fish person. It's a giant, hulking gill-man. A mudskipper Deep One. I didn't even really make that mental connection until writing this review, and I kinda wonder if making a swamp-themed fish pokemon into a humanoid Mega wasn't a fully conscious nod to the Creature From the Black Lagoon and other fishy bog-monsters.

You know what else is interesting? Those weird, segmented nodules on Swampert - mega or otherwise - look coincidentally (?) a very great deal like a bunch of parasitic isopods. 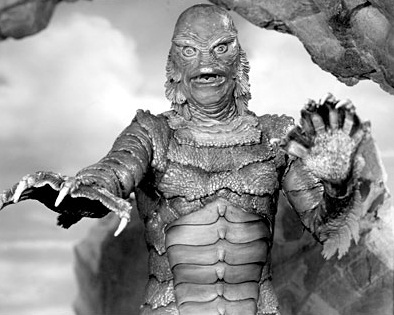 Now that I'm thinking in terms of "Mudskippers from the Black Lagoon," I think I just realized my true favorite starter line.