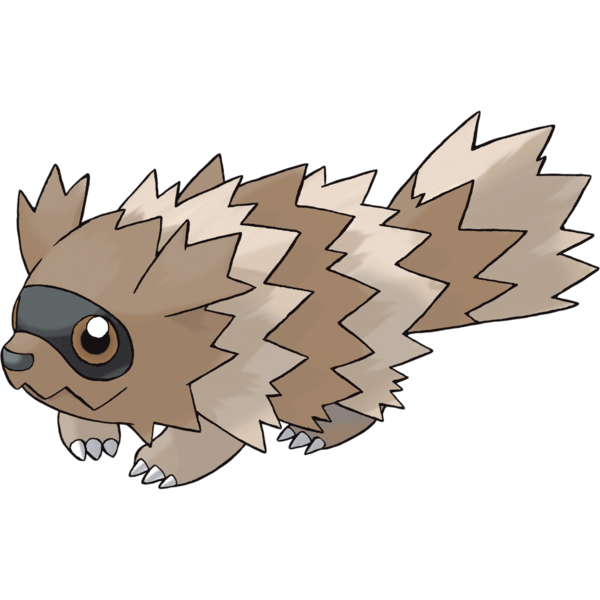 It's interesting that they would start out with something as "exotic" as a dark-type Hyena, then move on to the gen's obligatory normal-like forest mammal. As far as those go, Zigzagoon feels like a bit of an improvement over the Sentret line, seemingly meant to be either an actual raccoon, a tanuki, or a purely fanciful animal in the same spirit. 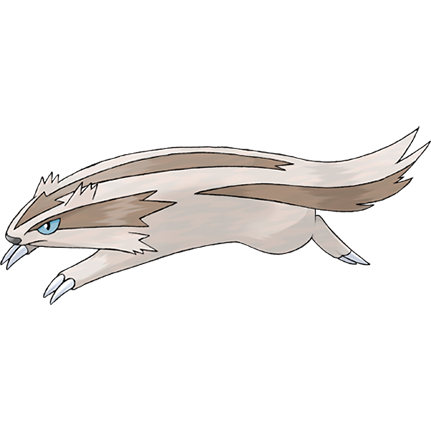 Zigzagoon's evolution into Linoone is pretty interesting, because more than anything, it looks like some kind of badger or weasel, much bigger and more menacing than Furret was. I feel like this is another of those "speculative evolution" pokemon, taking a real animal (a racoon) and evolving it down a fictional, yet realistic path. It's a racoon that has become a large, sleek, mongoose-like predator. Cool!

Also interesting is how much personality Zigzagoon and Linoone are given by their dex entries. More than just a name, Zigzagoon really walks in a zig-zag pattern as it searches for food, while Linoone can apparently run very, very fast as long as it goes in a straight line. It has difficulty navigating curves, and must stop completely to change direction. This is actually true of at least one real animal, but not what you might expect; that's how a tiger beetle runs after prey, though in the beetle's case, the straight lines are because it can't actually see while it's running.

An interesting mammal with a very nice design, ecological niche, and characterization.