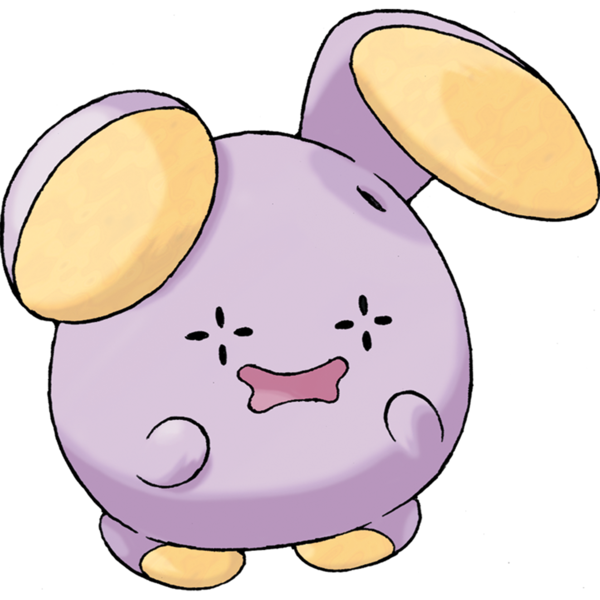 I'm glad we get to go from a pokemon as utterly fantastic as Shedinja to one at least as cool as Whismur. This is another of those round, pink normal types the series is so fond of, but you can already see it's a lot freakier than a Clefairy or a Jigglypuff. I love those creepy clown-makeup eyes, its wailing mouth and the peculiar ears, which fold shut like headphones over its actual ear-holes. As its name implies, this is a very sound-oriented pokemon, usually extremely quiet, but capable of emitting ear-splitting shrieks when disturbed! The pokedex tells us it will inhale air through its ears to continue crying non-stop at a volume "like a jet plane" until it tuckers itself out and falls asleep. Ugh, that's so cute it might cure my noise anxiety. 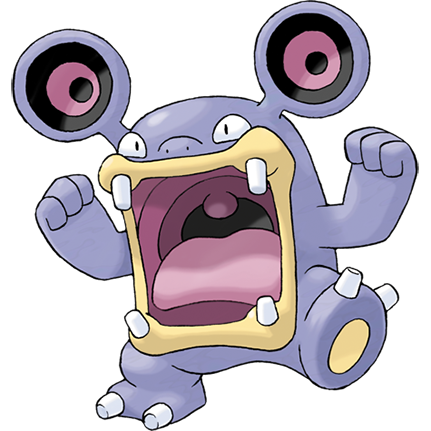 I do kind of wish Whismur's eerie, alien face or something close to it had been kept throughout its evolutions, but I still rather like Loudred, a big-mouthed beast with speakers for ears that really looks like it lives to make a godawful racket. The goofiness of this beast is rare among pokemon, reminding me more of a Klasky Csupo Nicktoon sort of style - ala Aaahh!! Real Monsters! - than an anime creature. 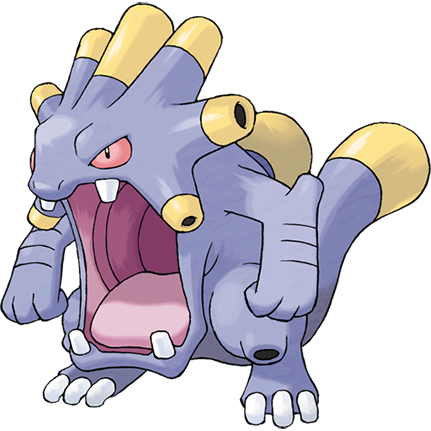 The final evolution, Exploud, doesn't really look anything like Loudred, but nor did Loudred look anything like Whismur. We've gone from a screaming hippo-bunny to something like a saurian kaiju covered in organ pipes, with dual trumpet tails. I'm not sure if I personally like it as much as I like the uniquely quirky feel of its unevolved forms, but it's still really cool and distinct in its own way. 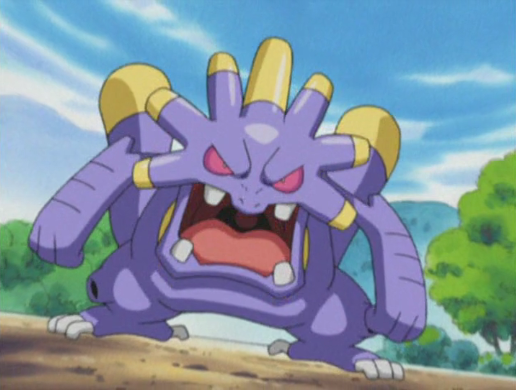 The best thing about Exploud is really how *indistinct* it is. It's another of those rare pokemon with no overt ties to nature or mythology, but a purely original monster ala Magmar and Electabuzz. It's almost an equivalent monster for the normal type, themed around producing sound rather than a type of elemental energy.