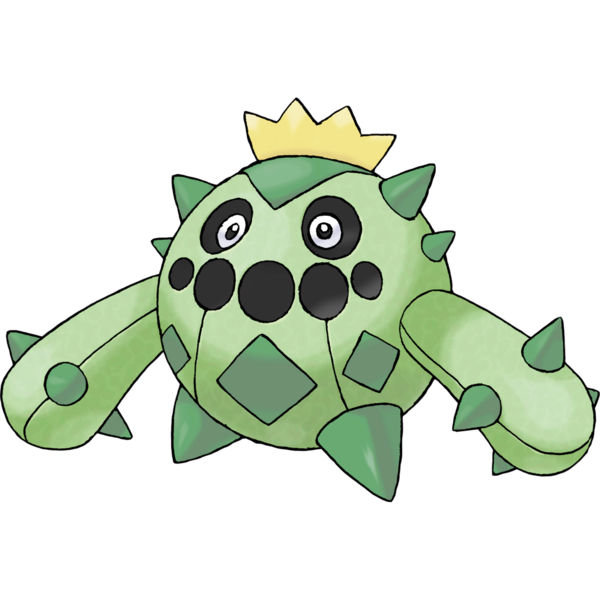 I'm glad that the same generation actually offers us two completely different, unrelated grass/dark pokemon. I find the Shiftry line a somewhat forgettable use of the type combination, but a sneaky cactus with a spooky face is pretty awesome. It looks very much like a Jack O' Lantern, something that wouldn't get a pokemon until a whopping three generations later. I'm always a sucker for things with eyes in deep-set sockets as well as mouths formed from multiple holes. For a while, a cactus wound up being one of the game's Halloweeniest entities. 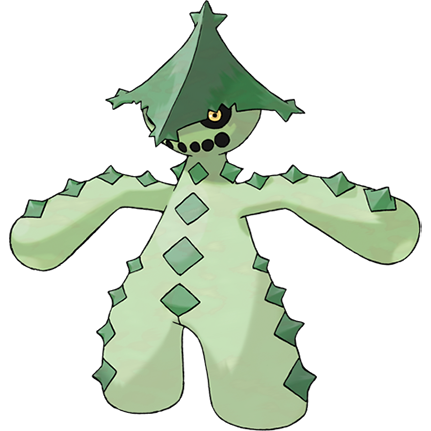 So then we have Cacturne, which is ingeniously supposed to be a scarecrow cactus pokemon, though this is only subtly communicated by its humanoid shape, spooky face and sun hat. The real scarecrow-like aspect is in its flavor text, which informs us that Cacturne stand around perfectly still during the day. If that sounds a bit disquieting, it only gets better from there... Cacturne are so named because they stir to motion only after the sun goes down, and search for things "exhausted by the desert's heat" to prey upon. We're even told that Cacturne will follow travelers like vultures, waiting for them to weaken until they can no longer fight back. Every day under the blistering sun, you might stagger through fields of these things just standing around, harmlessly watching and waiting...but every cold night, when you want to stop and rest, they come closer and closer.

We've seen a lot of creepy pokedex entries, but Cacturne is easily way up near the top of the spookometer. 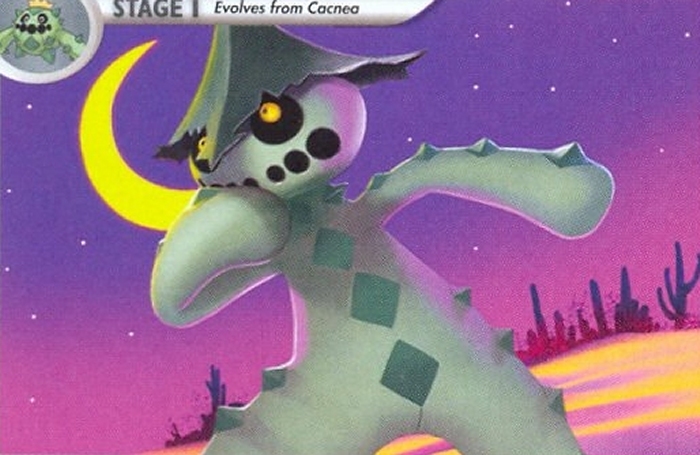 My only sticking point (haha, get it???) with Cacturne is that, in contrast with my critique of so many other pokemon, this one actually feels almost under-designed. It's supposed to be thorny and even learns a lot of spike-themed moves, but those fat pyramids sprouting off it don't really look all that sharp, and while too many "seams" often detract from a clean design, a cactus is supposed to have lines running its length.

Every time I see Cacturne, I'm almost surprised by just how plain it looks, and in the back of my mind, I think what I picture might be something a little more like this: 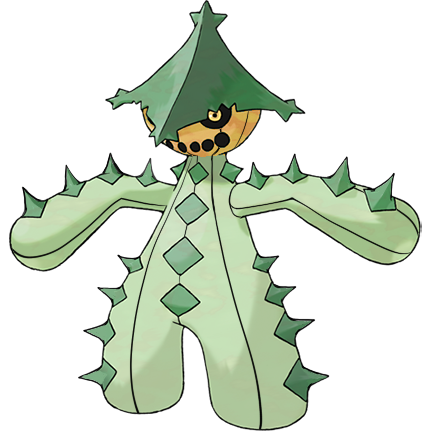 I love Cacturne, I really do, I'm just not in love with Cacturne.