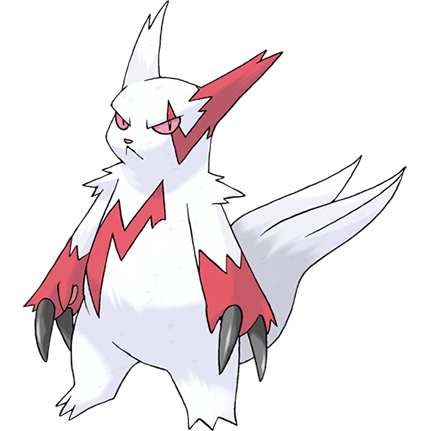 We're going to review Zangoose and Seviper together, because while they don't evolve from one another, they only really exist in the context of their "rivalty." This normal type pokemon is supposed to be a mongoose, an animal most famous for its habit of preying upon venomous snakes, though this is only a small part of their natural diet. Just as real mongoose have a high tolerance for venom, Zangoose can have either total immunity to poison status or the unique "toxic boost" ability, which increases its attack stat by 50% when poisoned.

Physically, Zangoose doesn't look much like its inspiration. I can't really think of any particular mammal it resembles, besides perhaps some highly stylized cat. I do like how nasty it looks, with markings that give a sort of "battle scarred" appearance. 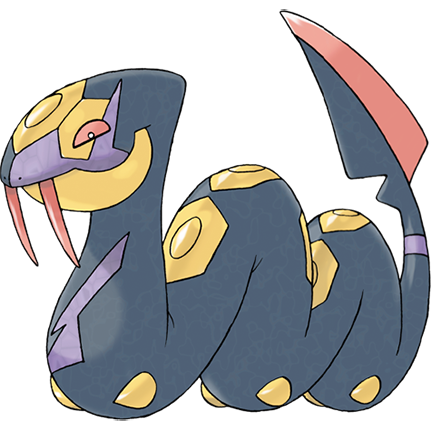 Zangoose's counterpart pokemon, Seviper, is a pure poison snake like Ekans and Arbok of the first generation, and I feel like this is probably the kind of design people are talking about when they say that the Gen III pokemon looked too messy, blocky and plastic. I want to like it, and I do love the goofiness of its face, but the various gold scales and jagged purple markings feel like they clash too much, while the "zig-zagging" design gimmick doesn't feel executed too well. I can't even picture it moving around this way, and in the anime, they scrapped its jagged shape altogether.

Both of these pokemon get a three from me. They aren't terribly designed, but they're nothing amazing either, and were basically only created to be version rivals.