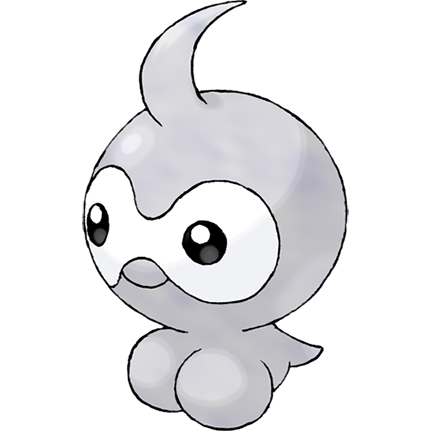 Castform is another one of those pokemon that were only created to play with game mechanics in a gimmicky way, doesn't evolve and isn't really strong enough to battle, which is a shame, because they did go through the trouble of giving it three alternate forms depending on whether it's exposed to rain, sunshine or hail, changing accordingly from a normal type to water, fire or ice. The design, I suppose, is meant to look like some sort of little cloud-creature, or maybe like one of those Teru Teru Bozu we talked about when we reviewed the Ralts line. It's kinda cute, but it's hard not to see its lower body as either an ass, testicles or breasts.

It wants to be something special, and I can't DISlike it, but I kinda keep forgetting it even exists.