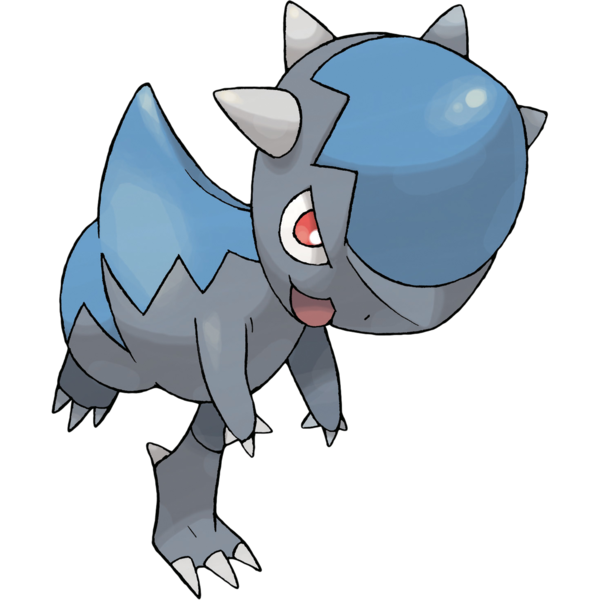 Wait...huh? We're only eight pages into this gen and we've hit a fossil? Already? I guess it's because Diamond and Pearl introduces an underground setting pretty early, where the player can actually dig for all the fossils they want from every generation. While previous games forced you to choose only one, the fourth gen allowed us to unearth and resurrect all the kabutos and lileeps our hearts desired.

And for the first time ever, the latest batch of prehistoric beasts are actual dinosaurs...which sucks and I hate it. 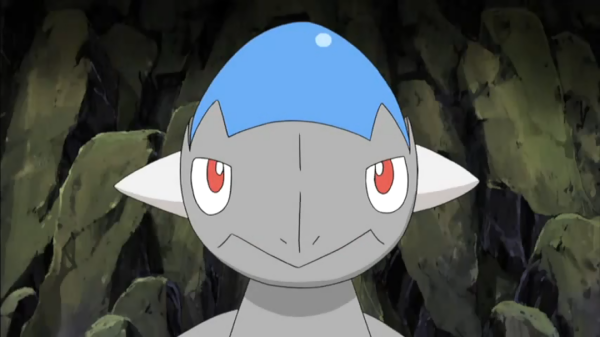 ...Okay, maybe I don't "hate" it, but a very great deal of regular, non-fossil pokemon are already dinosaurs. Didn't that kind of feel like the whole reason our past fossils focused more on prehistoric invertebrates and sea creatures? Dinosaurs already steal the limelight from other ancient organisms, and now they gotta muscle in on the fossil resurrection territory too? This would, unfortunately, remain a trend through generations five and six, and none of these dinosaur pokemon are bad as pokemon, but there are so many weirder extinct life forms that deserve a spotlight. Where's our Dimetrodon? Diplocaulus? Gorgonops? OPABINIA??? 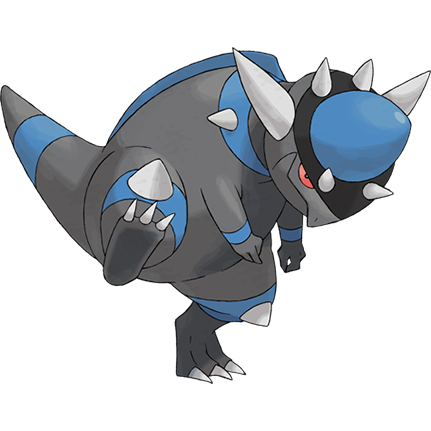 So, Cranidos. It's a baby Pachycephalosaur, the "dome headed" herbivore believed to engage in headbutting, and then it evolves into Rampardos here, and...actually, I take it back, this is kind of a bad design. It's a cool animal, but look at all those awkward stripes and jagged angles at odds with one another. Rampardos always felt to me like one of the most awkward designs in the series. All it really has going for it is a cute grumpiness and the fact that it is a pachycephalosaur, both of which deserve a little more artistic effort than this jagged blob.

Sorry, but for a lot of reasons, these two are my least favorite prehistoric pokes.