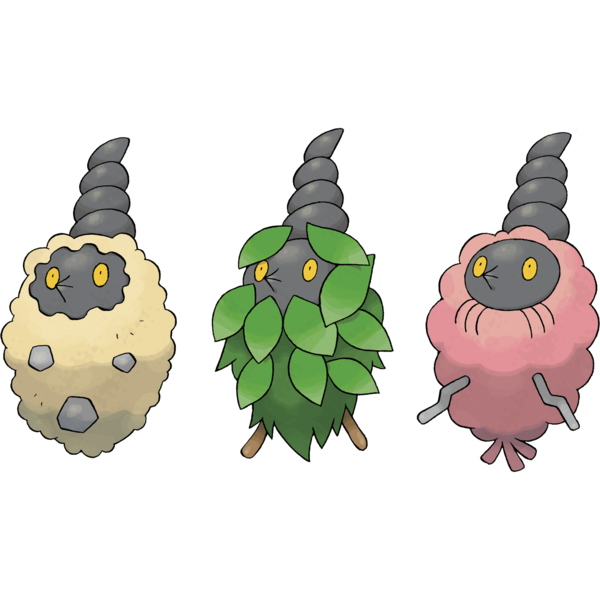 Back when we looked at Pineco, I already discussed how much I love bagworms. There's just something so whimsical about a little caterpillar that hides itself in a sack of trash, and Japan really seems to think so too. Not satisfied with Pineco alone, Pokemon eventually gave us Burmy, a beaky-faced insect larva with a bizarre, spiraling head-tentacle it uses to hang from trees and a completely unique in-game mechanic simulating a bagworm's architectural prowess.

If your Burmy ever faints in a forest, it will have a bag of leaves when you revive it. If it's only surrounded by dirt and rock, it will rebuild its home from sand, and if it faints indoors, it uses what's referred to as "trash" but clearly consists of fiberglass insulation, which means the coolest Burmy is unfortunately the worst one to snuggle with.

It's a really fun way to translate the insect's real biology into the game, but it's not even the only way they did so with the Burmy line.

As you may know, the females of most bagworm moths remain in a wormlike "larviform" state for life, remaining in their bags rather than taking wing. Thus, a female Burmy evolves into Wormadam, and whatever form the Burmy takes at the time will become Wormadam's permanent element; bug/ground, bug/grass, or bug/steel. She'll also get a pair of arms that kind of look like long hair, and her "beak" gets a colored tip as if she's wearing lipstick, which is all thoroughly adorable.

It's just a crying shame that so much love and effort for bagworms was poured into a pokemon line with ultimately underwhelming stats. Wormadam deserves to be at least as tough as Forretress. 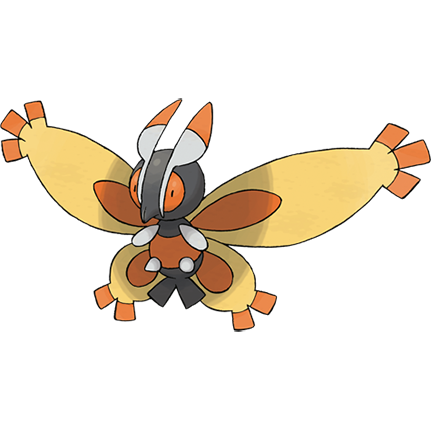 At least the cuteness keeps coming, as a male Burmy will appropriately evolve into the bug/flying Mothim. Not outstanding as far as moth and butterfly pokemon go, but a competent design with an exceptionally cool insect face. I do feel like the name could use a little work, though. Moth + Him? That's it? I'd have gone with something more formal to match "madam," like "gentlemoth" but probably not that because that also sounds hokey.