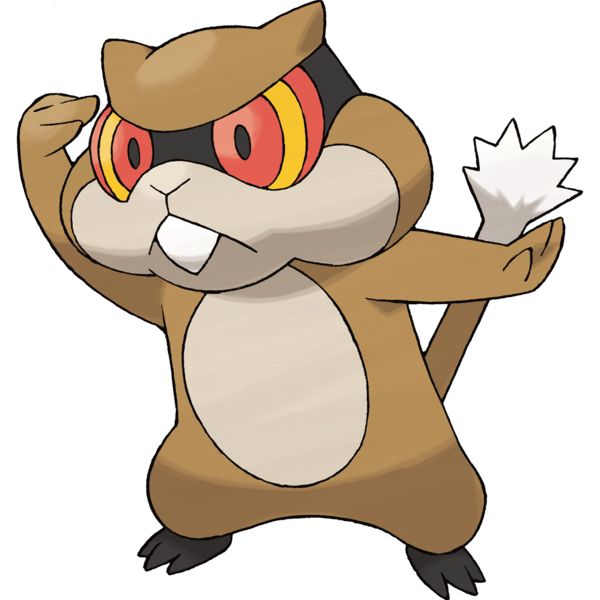 With the starters and, oddly, one legendary out of the way, we dive headlong into this generation with its token normal-type woodland critter, Patrat, and what an interesting one it is! We've seen rats, squirrels, ferrets and raccoons that were all more or less traditionally cute or fearsome looking, but this little gopher-like animal comes with huge, frightening martian eyeballs it uses to stand guard over its home, feeding on whatever it stores in its cheeks on its long, diligent stakeouts. 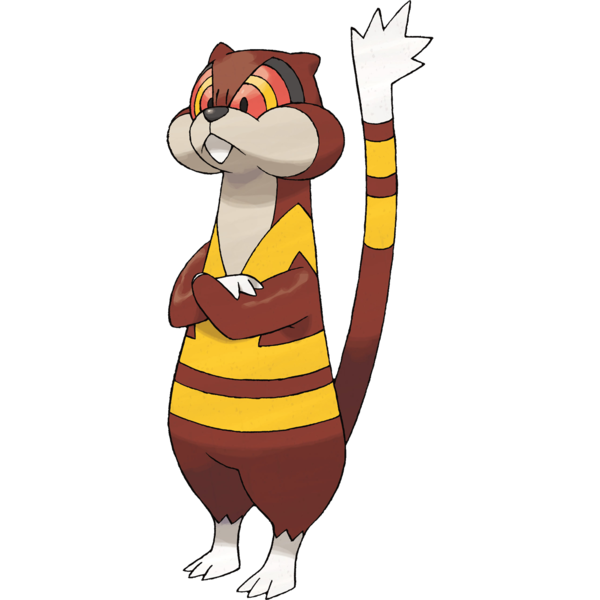 Graciously, Patrat evolves to emphasize its best features, becoming a ridiculous meerkat-chipmunk whatsit with eyes of pure accusatory fury. Apparently, it's even bioluminescent, lighting up its red eyes and yellow stripes like a fluorescent traffic cone to startle its opponents and, presumably, communicate danger to the rest of its nest.

The most interesting of the low-level rodents, if you ask me.