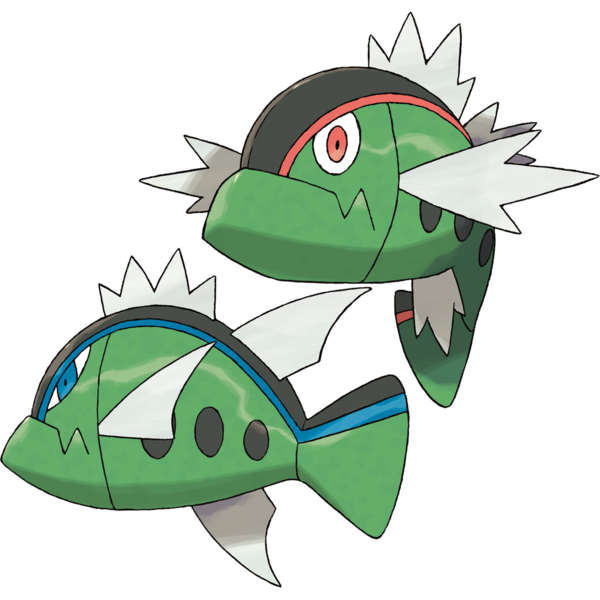 I know I just said Petilil and Lilligant were a dull point, but a lot of you probably think Basculin is way more boring. I guess I disagree because I have a slight bias towards all those forgotten, unloved fish pokemon that just don't try to be anything spectacular. Basculin isn't another Magikarp or Feebas with some surprise evolution, or even any evolution at all, but comes in two very slight visual variants which supposedly utterly loathe each other.

The 'dex also lets us know, however, that whatever these big mouth billy bassholes look like on the outside, they all taste equally delicious. Now that's a moral!

Just as I promised, we've only slowed down a couple times since Roggenrola, and starting with our next pokemon, this generation becomes almost wall-to-wall, uninterrupted fun.

Decent, though blue-stripe Basculin are OBVIOUSLY the superior Basculin, no matter what those filthy red-stripers have to say about it.