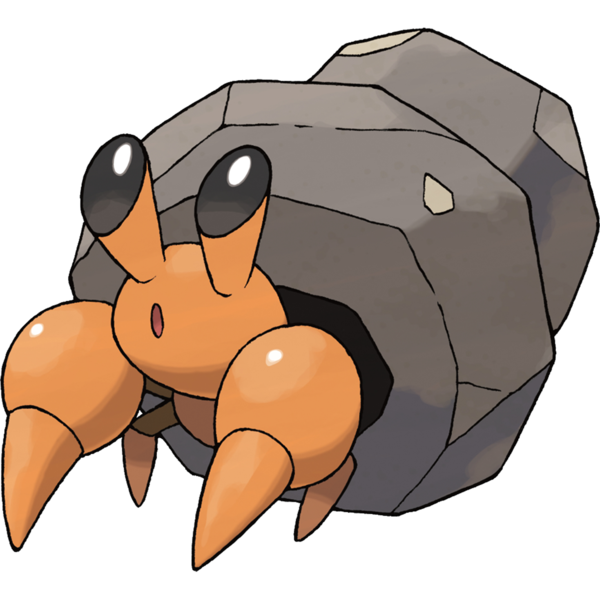 Every crustacean pokemon has been some degree of delightful, but I dare you to even imagine a cartoon crab as darling as this little rock-shelled hermit, the first crab pokemon to capture the uniquely alien innocence, the almost otherworldly sweetness of a crab's eyestalks. What's more, this little crab is a bug type, which all crustaceans should have been from the beginning. Specifically, it's a bug/rock type, the second since the Anorith line, and if you ask some people, it's this generations aesthetic homage to Paras, even if that was an insect, and not a crab. 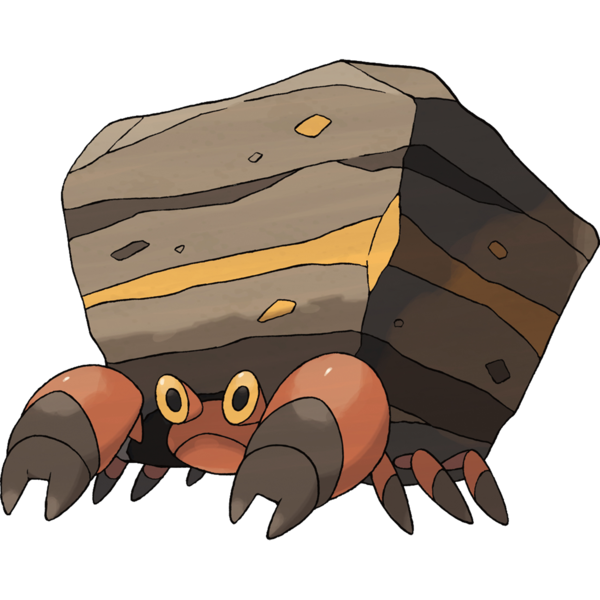 Crustle is slightly less cute than Dwebble, but still PRETTY damn cute, and just plain cool to boot, with those great yellow eyes and black-tipped claws protruding from an entire block of strata. That's just a fun as heck premise for a bug/rock!

Crabs are perfect and must be treasured