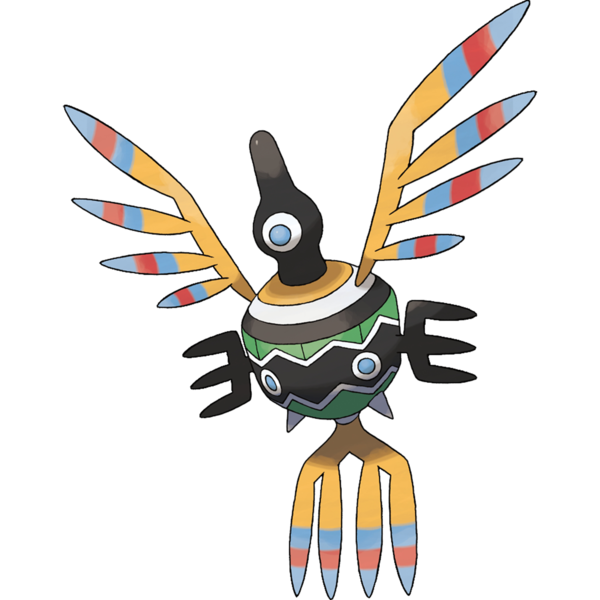 A wonderful weirdo today, one of those "ancient artifact" psychic types of mysterious origins and baffling biology. Seemingly modeled after the Nazca lines, the pokedex simply calls it the "Avianoid pokemon," indicating that it's bird-like, but not really a bird, in case you needed to be sure. I really like how the "head" is pretty much just a crudely head-shaped stalk for what is either its third eye or its only real eye, since the other two on its spherical body (head?) aren't animated to blink.

All we know in the pokedex is that this psychic/flying creature was created to protect a now long-gone city, but still flies the same strict patrol route that it's flown for presumably thousands of years. It's fascinating how many pokemon are clearly just constructed and brought to life by older civilizations, yet Porygon seems to be one of the very few "modern world" examples.