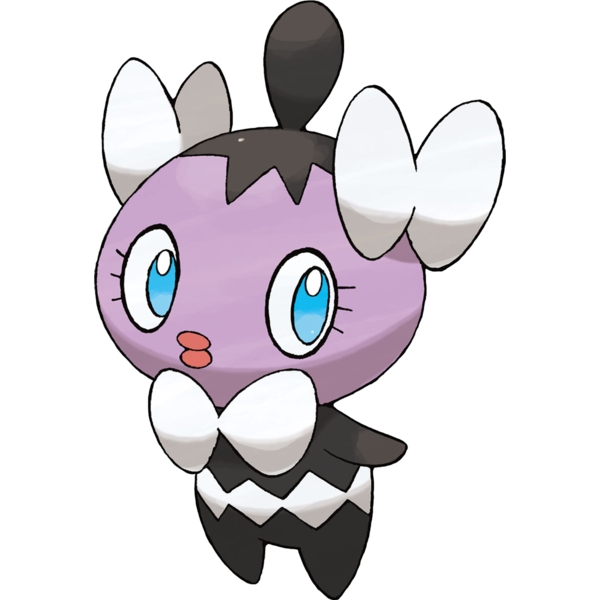 It's really, really weird that there's a pokemon even slightly referencing the term "lolita." I know it can refer to a relatively innocent fashion movement in many circles and that's what this line's aesthetic is drawing from, but that's not where the term originally comes from. Where it comes from is not something I really needed even accidentally in my pocket monsters.

But, we're only here to review some monster concepts and designs, so let's set aside the bad kind of creepiness to talk about the GREAT kind of creepiness, like another bizarre, quasi-human psychic type with freaky powers.

Little baby Gothita apparently does nothing but stare. That's basically all the pokedex has to say. It's the "fixation" pokemon and it just stares, and stares, and stares. We're off to a pretty good start here, naming choices aside. 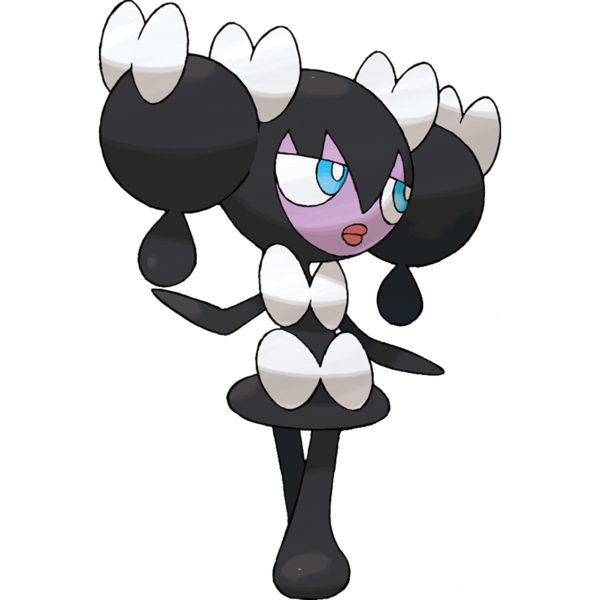 When Gothita evolves into Gothorita, it becomes "the Manipulate Pokemon." It supposedly draws its psychic power from the stars, and even levitates stones to make its own little star charts. Then, on particularly starry nights, it "creates friends for itself by controlling sleeping children." This is getting almost into Hypno territory. 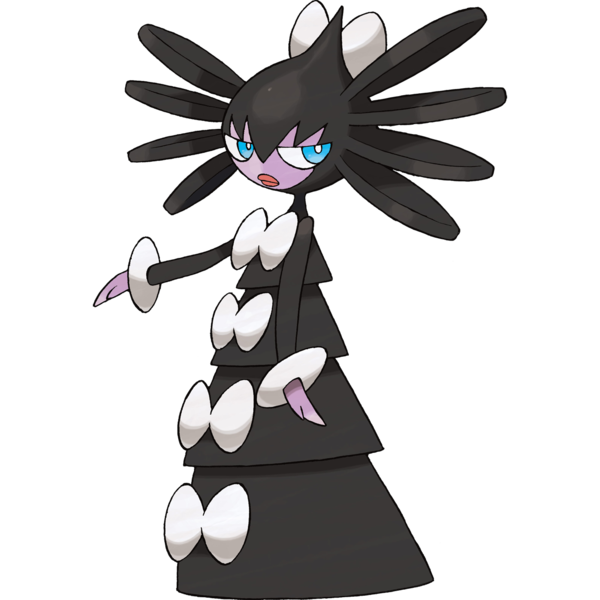 The final stage, Gothitelle, apparently grows out of its hypnotic kidnapping hobbies and gets more into astrology, using the stars to predict the lifespans of other living things. It can, apparently, see when its own trainer and presumably other loved ones are going to die, which would honestly make anyone goth. This cosmic information is received by those things on the sides of Gothitelle's head, referred to as "antennae," so this monster is essentially a gothic radio tower in a fancy dress.

As far as design goes, I really like this monster's weird overall shape and dour purple onion face. The repeating segments of its body and row of white "ribbons" are the only thing that feels slightly clunky, like it could have been executed just a little better, but it works for the most part. 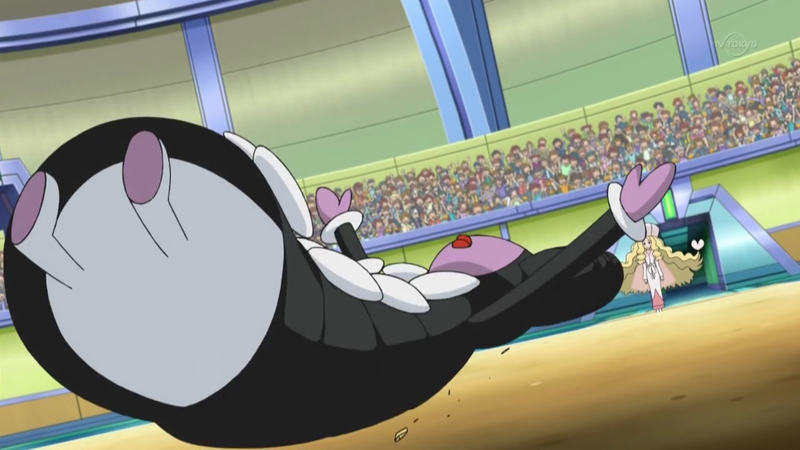 Especially delightful is the fact that Gothitelle has teeny, tiny legs beginning only under the very bottom segment. The rest is just elongated, segmented torso, and those little feet must pump madly to glide the whole thing along. It's yet another pokemon that looks "humanoid" only at first glance. 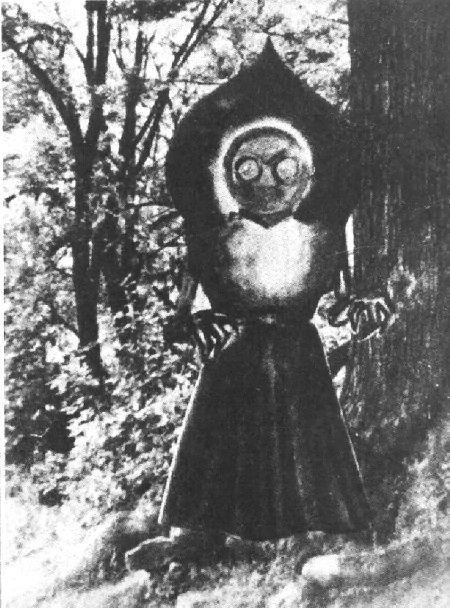 Also, I know it's not overt enough to be intentional, but Gothitelle still makes me think of a gloomier Flatwoods Monster.

What the heck, let's give these things a nice five.