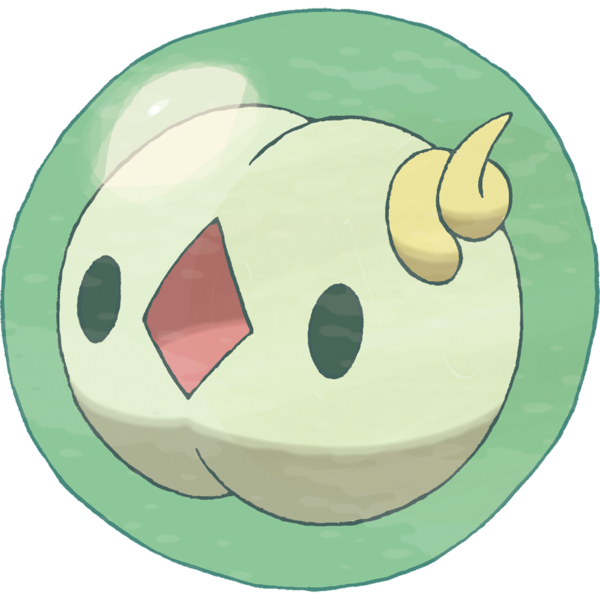 Psychic type pokemon have a history of funky, freaky concepts that play masterfully with the idea of a hyper-advanced, telekinetic brain and all the curious behavior and physiology that may come with it, but today's line pretty much takes the cake. Solosis is a pokemon whose psychic powers are so advanced, it barely needs to develop a complete body. It's a single, massive, levitating cell, seemingly an egg cell, complete with the "cleavage" marking the beginning of embryonic development!

...Does that make that coiled, yellow thing a giant spermatozoon? 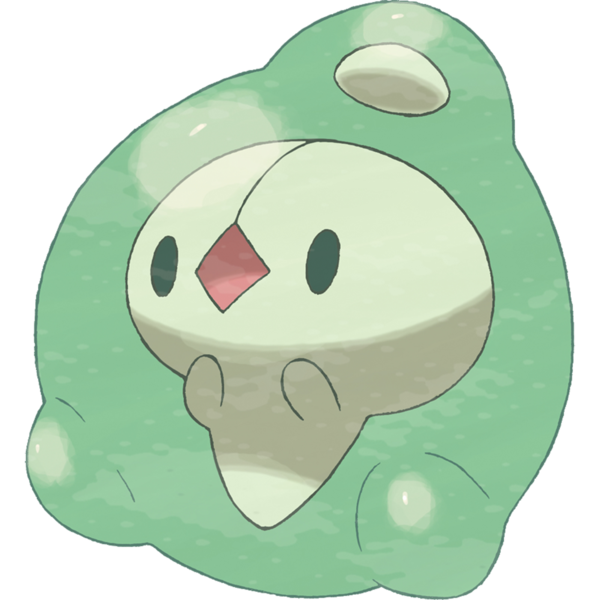 So Duosion, the "Mitosis Pokemon," is more clearly a floating, psychic embryo, and now supposedly has two independent brains that even disagree from time to time, but when they get along, its psychic powers intensify! 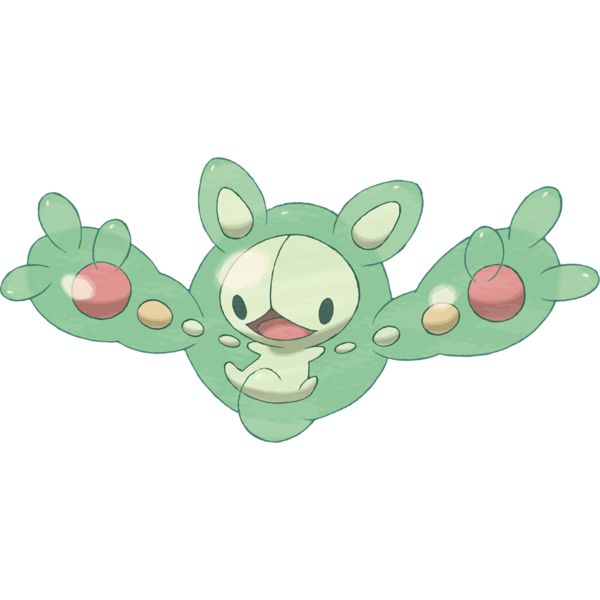 The final stage, Reuniclus, is a fairly satisfying payoff for the line, retaining all the weird, telekinetic embryo aspects and throwing in a pair of arms formed from its cytoplasmic matrix and chains of colorful organelles. I even like the "ears" or "antennae" giving it a gelatinous, protozoan bunny rabbit look, and the nubby, curled "tail" of the outer cell.

It goes around the Reuniclus might also be based on a tardigrade, due to its "microbiological" theme and its ability to survive in almost any environment, but I personally think that's a bit of a stretch. An enlarged embryonic cell is the clear theme here, and its high adaptability simply reflects the fact that it's a powerfully telekinetic being encased in a protective membrane.

The idea of a psychic entity taking a form resembling one big, developing embryo is something I'd expect to see in Parasite Eve or Resident Evil, but here, it's executed with the cuteness we expect to see in many pokemon, and feels strongly like one of those adorable mascot characters a Japanese museum might use to get kids interested in biology. There's something about it that isn't quite "there" to be one of my all-time personal favorites overall, but it's certainly one of my favorite ideas in the series.