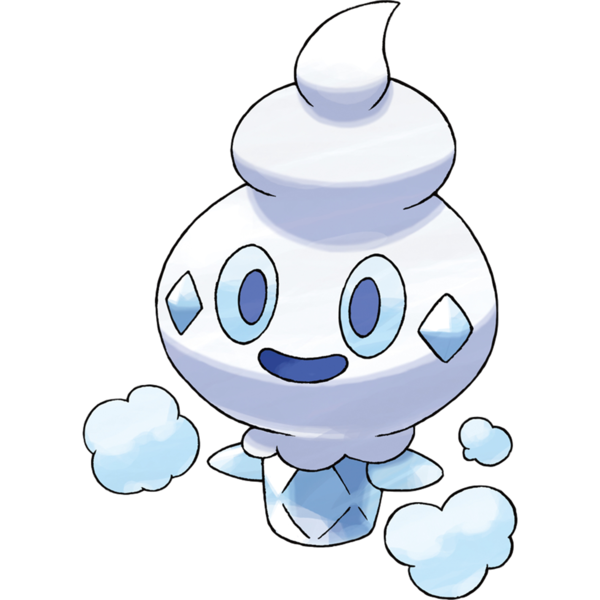 Poor, unloved Vanillite. Once held alongside Trubbish as a sign Pokemon was "running out of ideas," it seems as though it has remained one of the generation's most hated concepts even as affection and acceptance of the trash bags has slowly but surely grown.

Yes, it's an ice cream cone with a goofy face on it, but is that so wrong? If you wanna get technically, it's actually a creature of living ice whose head collects frost and ends up incidentally resembling an ice cream cone, and unlike many pokemon with cryptic faces, official artwork does exist of a "bald" Vanillite: 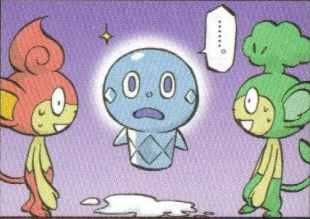 It's a given that some ice-type pokemon are going to be nothing but masses of ice, but there's only so many spins you can put on that concept. One that sort of resembles ice cream seems like viable effort in my book, and as far as just sticking a face on something goes, they picked a pretty dang cute face that almost evokes the slime from Dragon Quest. 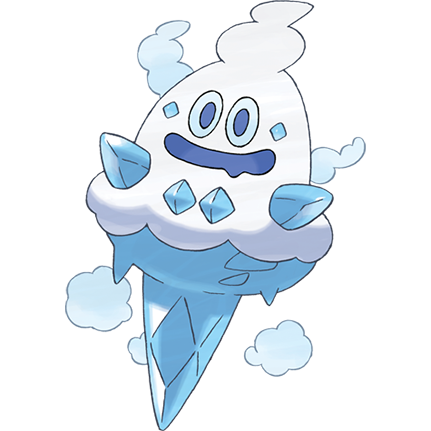 The second stage, Vanillish, goes more for a comical, muppety look than the cute, baby snowman feel of Vanillite, but at the same time, its jagged icicle underside looks a whole lot more dangerous. These things apparently disguise themselves in the surrounding ice and snow, and I can just see them dropping down from a cave ceiling to impale prey like the Piercer from Dungeons and Dragons. 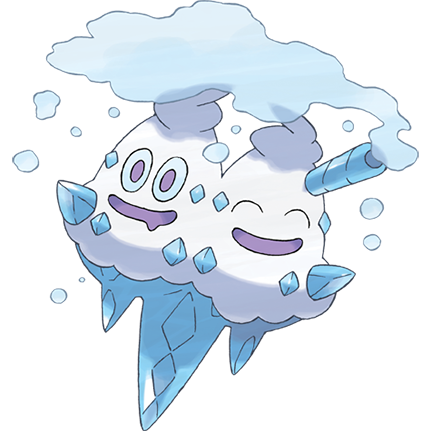 The final stage is one of the first pokemon in a long time to simply glue two or more of its previous stage together and call it a day, like Weezing or Magneton, but that's okay. I missed that. And not only is Vanillite an adorable double-scoop of ice cream, it has a cool as heck ice nozzle on its left head that can spew even more of its freezing breath. Aesthetically, that's a "straw" in the ice cream, but taken as an anatomical feature of a monster, it's like some sort of cephalopod siphon or defensive gland. It's just neat.

Actually, the only critique I have of these pokemon is the fact that they AREN'T more literally living ice cream. I like the idea that absolutely anything can spring to life as a pokemon, and I don't see why food items should be left out when we've had pokemon that used to be machines, pollutants and furniture. I'd love if these things actually came from an ice cream factory exposed to the same strange forces that brought Grimer to life.

Vanillite's final evolution could, perhaps, have used just a little touch more personality of its own, but the whole idea is pure silly, lighthearted, childish fun, and I think that's what pokemon is really ultimately about.