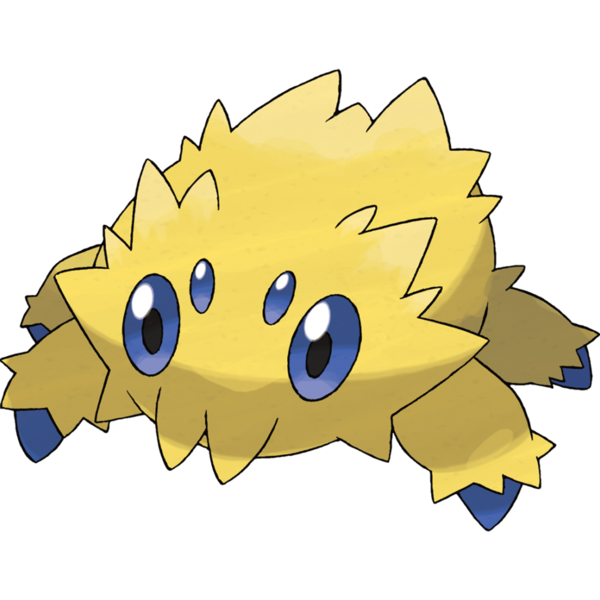 How wonderful is it that one of the cutest pokemon by overwhelming fan consensus wound up being a spider? This tiny ball of fluff is actually the smallest of all pokemon at this point, and what's more, the little cutie is even parasitic. The "tik" in its name comes from the fact that, despite being a spider, it behaves more like its fellow arachnids the ixodidae, latching on to sources of electricity to feed.

Oh, yeah, we didn't even mention yet that a spider is also the first-ever electric/bug pokemon. 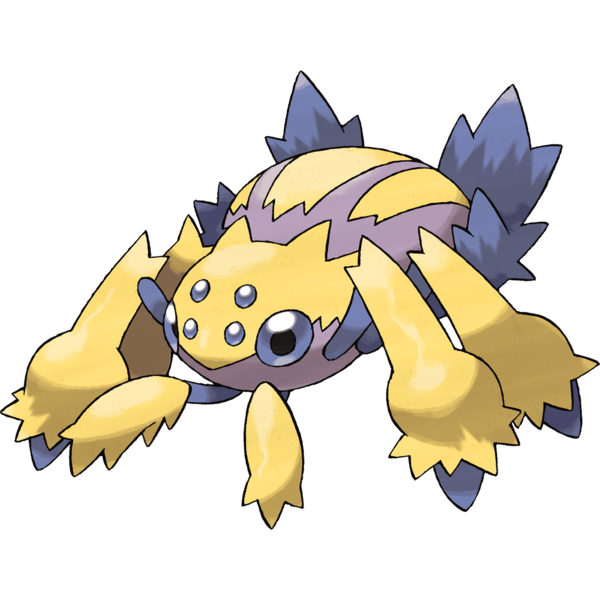 So, Joltik evolves into Galvantula, one of the coolest names a pokemon has probably ever had, and exactly what countless spider-loving fans were waiting for. Ariados may be cool, but it never really looked a whole lot like a spider, while Galvantula captures basically everything appealing about a fuzzy jumping spider, minus fangs - which is a slight shame, but a spider's fangs aren't often on immediate display anyway - and minus two pairs of legs, which is fine, we've established that bug-type pokemon are arthropod-like rather than true arthropods and that they tend to have a more vertebrate-style array of appendages.

Choosing a spider for our first electrical bug was such a great move, too. A firefly would have been far too obvious, while a spider with electrified webbing is such a classically pokemon style idea that it shouldn't have taken half this long to happen. That they truly look like spiders, complete with multiple round, shiny eyes and fuzzy pedipalps, is a feat not only among pokemon but among fictional arachnids in general.

About the only complaint I have is that after 595 pokemon, this and the Spinarak line are still the only spiders. Spiders are such a fundamental animal and so diverse around the globe that they frankly should have been as common in the pokeworld as all those fish, butterflies and redundant monkeys. Can't we go back and replace some of those monkeys with spiders?