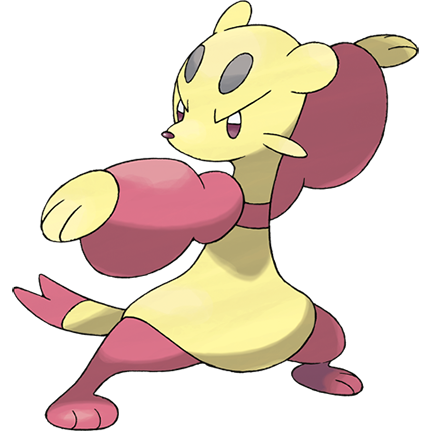 A fun part of doing these reviews is how I'm forced to consider pokemon I always completely glossed over. This fighting-type line never actively interested me either way, so it just became a sort of blank spot in my memory of the fifth generation.

Now that I'm actually stopping and looking at it, it's actually pretty adorable. It's basically some sort of kung-fu mongoose, and it feels like something they were hoping might become one of the major "mascots" or flagship pokemon of the generation, though for whatever reason it never really took off. 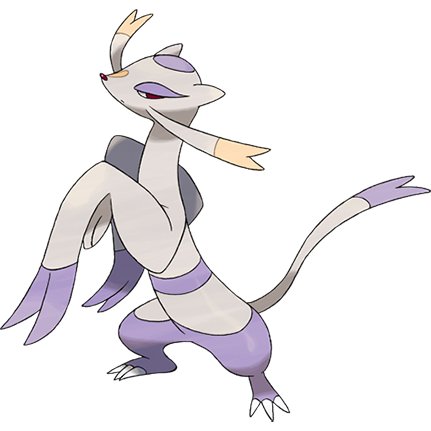 The evolved form, Mienshao, goes more for "elegance" than cuteness, and it pulls it off fairly well. It's nicely shaped, it looks much more clearly than a Mustelid than the likes of Weavile or Zangoose, and the elongated "sleeves" are pretty interesting. This animal basically has a couple feet of excess skin and fur hanging off its arms, which it uses as "whips" for its martial arts moves. Not bad, actually has kind of a first-generation vibe to it.